Nottingham-based civil and electrical engineering firm McCann has been presented with an award by Royal British Legion Industries (RBLI) in recognition of its continued partnership with the charity which has improved the lives of ex-servicemen and women across the UK in this, RBLI’s centenary year.

Royal British Legion Industries was first established in Aylesford, Kent, in 1919 to provide accommodation to injured troops returning from the First World War. Today, the national charity provides a range of homes to more than 300 veterans of the British Armed Forces and their families as well as employment, training and welfare support.

Aylesford is also home to Britain’s Bravest Manufacturing Company (BBMC), RBLI’s social enterprise operation which directly employs more than 140 people – 70% of whom are veterans and/or have a disability.

RBLI has been working with McCann over the past three years on a number of high profile motorway projects such as the M3 Smart Motorway and new gantry signage installations for the M5 Junction 1 project.

Kate Bull, Managing Director of Britain’s Bravest Manufacturing Company, is proud of the journey the organisation has been on over the last century and praises the ongoing support received by McCann which has resulted in them being presented with this commemorative award. “BBMC was established 100 years ago to provide those returning from the Great War with meaningful employment to support their recovery. It has since grown into a leading social enterprise, providing a wide range of products and services, including the manufacturing of road and rail signage,”

“As a not-for-profit organisation, we reinvest 100% of our surplus to offer greater employment opportunities to our beneficiaries. Without the support of customers such as McCann who give our veterans the chance to work on amazing projects such as the M3 Smart Motorway, it simply would not be possible to deliver RBLI’s charitable aims of “Improving Lives Every Day”.

“In line with RBLI’s 2019 centenary, having now provided 100 years of support to the country’s most vulnerable veterans, the charity is recognising McCann for its continued custom which has done so much to improve the lives of ex-servicemen and women in our social enterprise.” 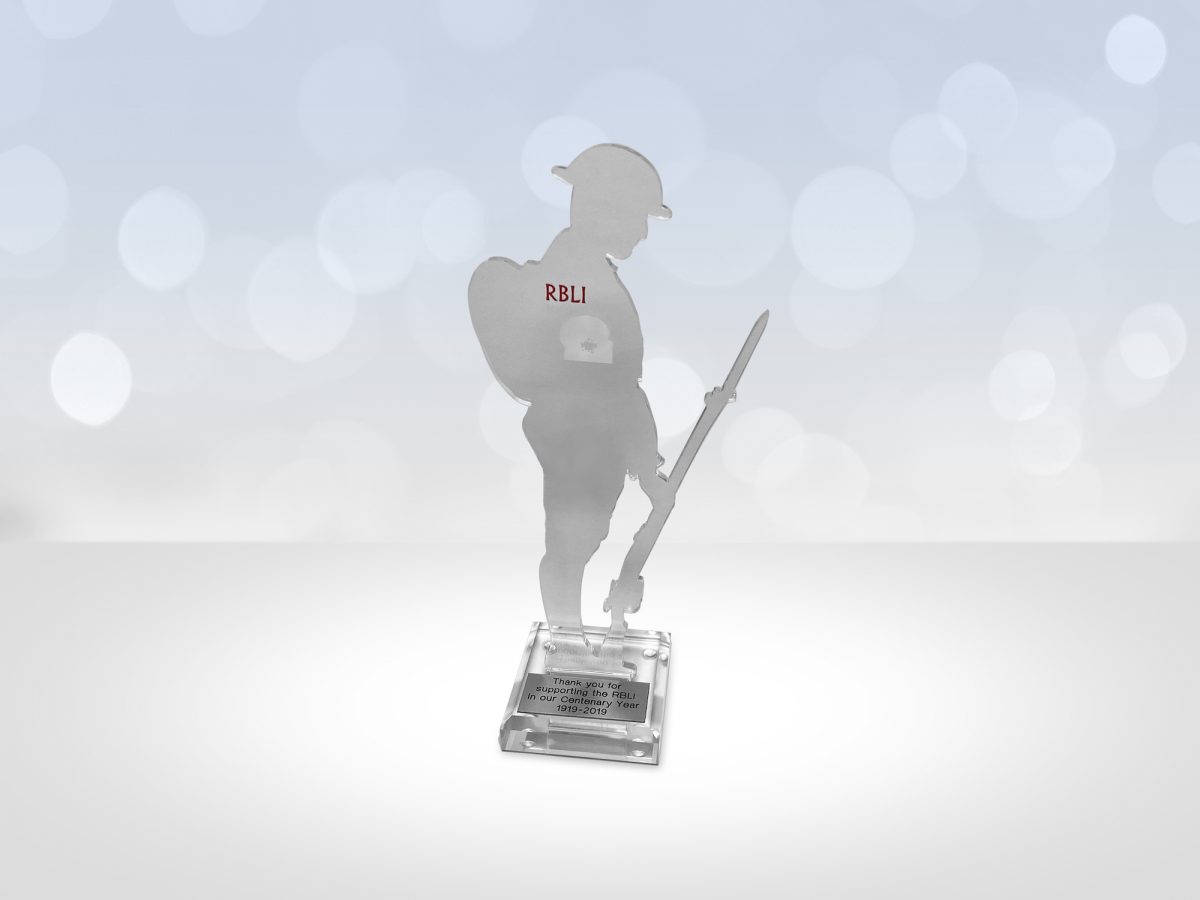 The award, which was presented to McCann’s MD John McCann at the company’s Nottingham head office, is an iconic Tommy soldier figure produced by veterans working at BBMC.

Reflecting on the award and the support the company provides to RBLI, John McCann said, “Myself and my team are passionate about making a difference, where we can, to local communities across the UK and giving people from all backgrounds a chance to work and improve their lives,”

“The opportunities that ex-servicemen and women receive through the commendable efforts of RBLI and BBMC means that they can live a normal life and integrate into society following what has undoubtedly been a tough period of their lives,”

“I would like to thank Kate and the team at RBLI and BBMC for this award and we look forward to continuing our partnership for many years to come.”

Quotations from our partners