Hitachi Construction Machinery (Europe) NV (HCME) has announced the appointment of a new dealer for customers in Greece. As of 1 May 2020, HELMA SA will offer the entire Hitachi product line-up from mini to mining excavators, wheel loaders and dump trucks.

With headquarters in Athens, the company also has a service branch located in Magoula. It was established in 1985 and currently has 38 employees, 15 of whom are directly responsible for after-sales. HELMA SA provides a wide range of equipment for applications such as road and general construction, quarrying and mining, and railway projects.

Led by Managing Director Dimitris Tsoumas, directed by General Manager Yannis Tselikas and in the Head of Sales department Kyriakos Konstantonis, who all have more than 25 years of industry experience, HELMA SA always tries to exceed customer expectations.

“There is a strong relationship with suppliers in our market and a demand for hi-tech machinery with the latest software and technology to minimise costs,” says Yannis Tselikas. “Rental is also gaining traction in Greece as a flexible solution for customers who want better fleet management, and to shift the focus from capital expenditure to monthly operating costs.” 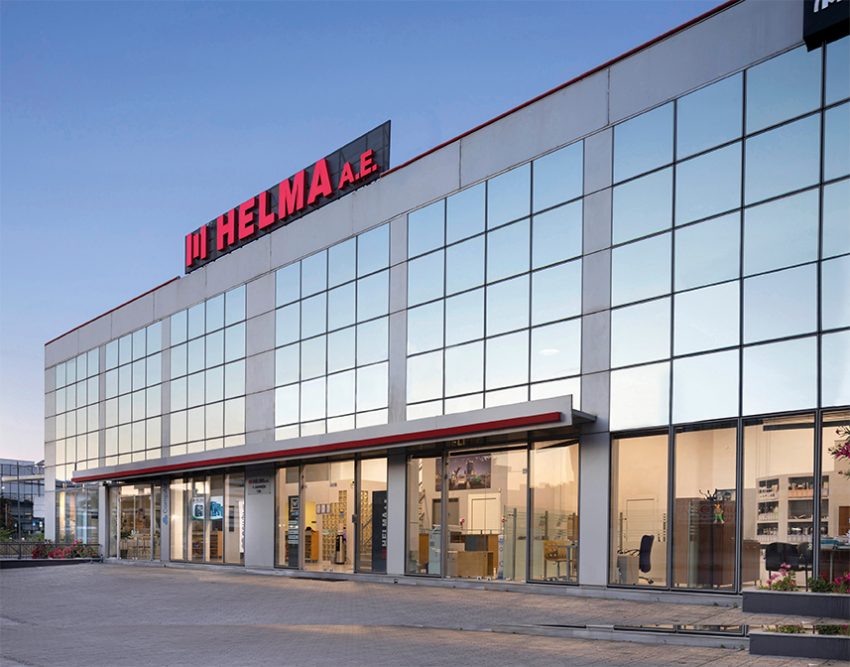 Yannis believes the outlook for the construction market in Greece is bright with many potential projects on the horizon. “The construction market suffered considerably in Greece after the 2008 financial crisis, especially between 2010 and 2013,” he explains. “However, the immediate future looks promising, with several large-scale and high-profile projects under way.”

These include the construction of a new airport in Crete, scheduled to be operational in 2023, and the development of the old Athens’ airport site into luxury homes, hotels, offices, a yachting marina and casino. Railway networks are also being upgraded, such as the route from Athens to Thessaloniki in the north, and to the Peloponnese. New Metro line 4 is also in the latest stage of tender’s procedure before construction. In addition, investments have been made in national highways, renewable energy and construction projects for the tourism industry.

HCME President Makoto Yamazawa says, “We look forward to working closely with HELMA SA and supporting new and existing customers in Greece. We believe we can meet the growing demand for hi-tech construction equipment, with advanced software and technology, particularly as we are introducing the new-generation Zaxis-7 range of excavators across Europe.”