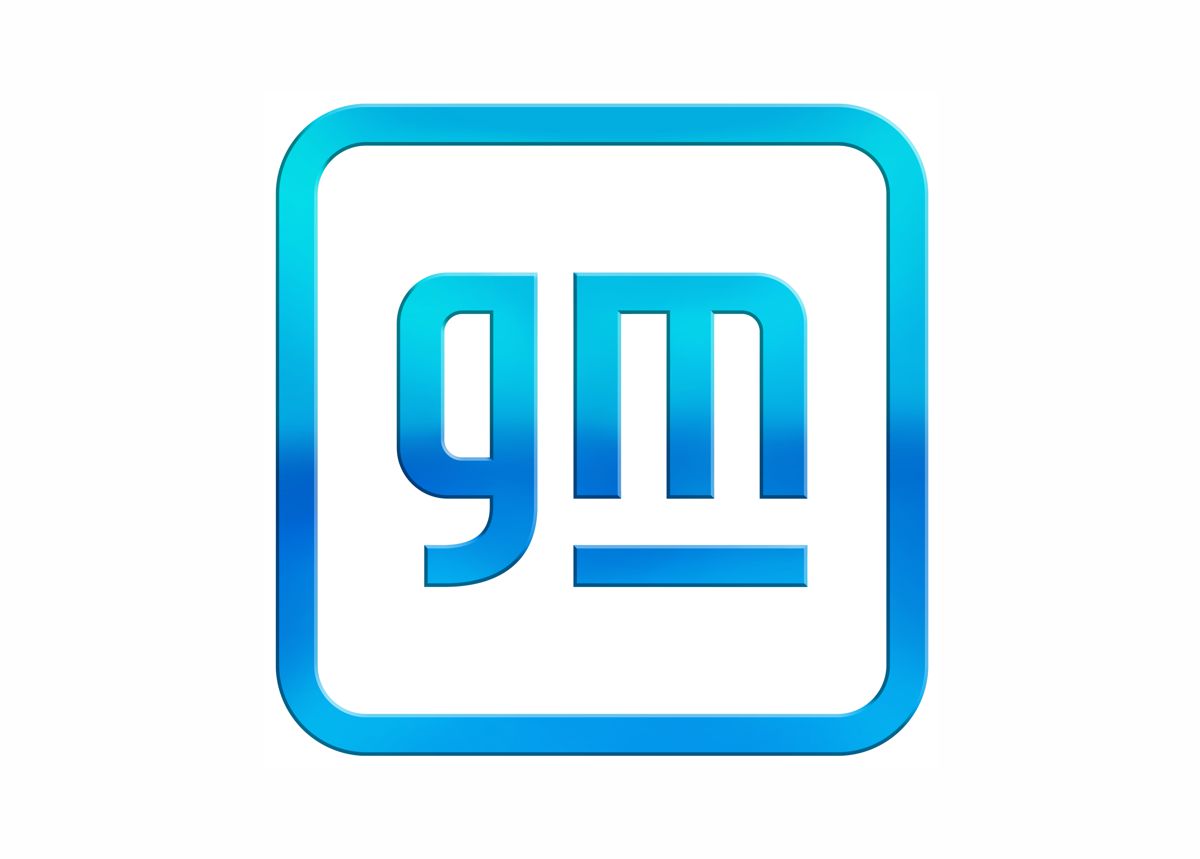 GM rebrands to promote a zero-emissions Everybody In Future

GM rebrands to promote a zero-emissions Everybody In Future

General Motors is debuting a new marketing campaign as part of the company’s comprehensive efforts to accelerate mass adoption of electric vehicles.

The “Everybody In” campaign is a call to action meant to reflect a movement that’s inclusive and accessible. The company is also evolving its brand identity as GM transforms itself to deliver on a vision that creates a world with zero crashes, zero emissions and zero congestion.

“There are moments in history when everything changes. Inflection points. We believe such a point is upon us for the mass adoption of electric vehicles,” said Deborah Wahl, GM global chief marketing officer. “Unlike ever before, we have the solutions, capability, technology and scale to put everyone in an EV. Our new brand identity and campaign are designed to reflect this.” 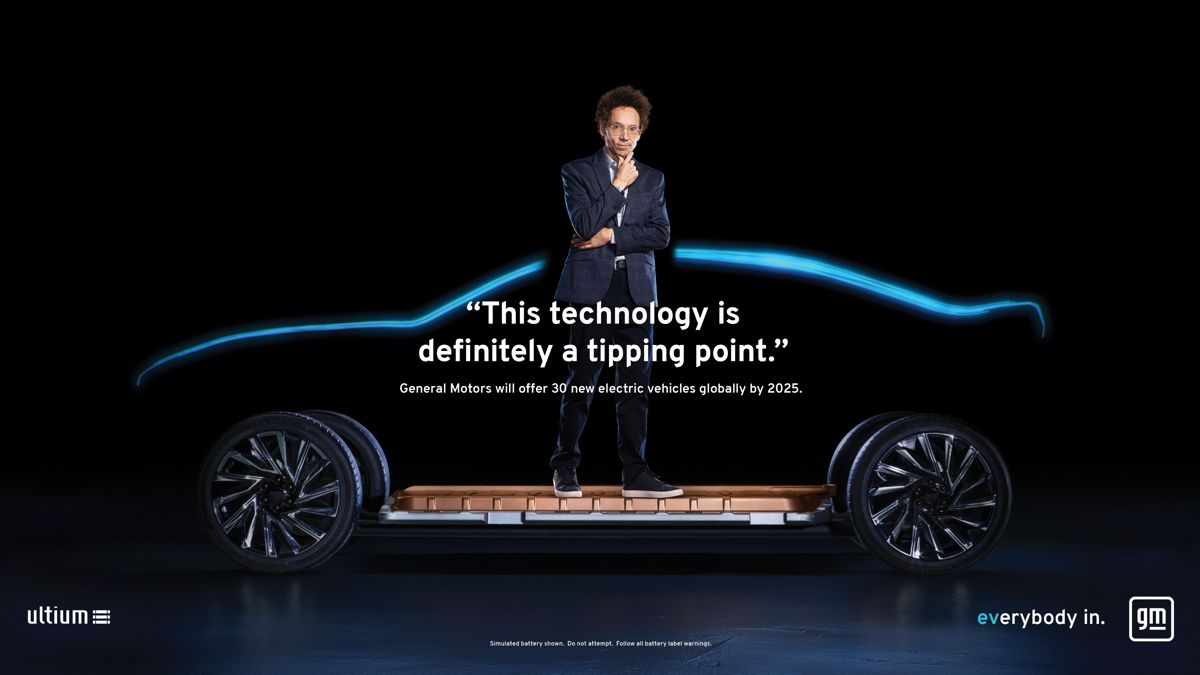 The “Everybody In” campaign sets an optimistic and inclusive tone for the company’s EV future and focuses on three themes.

Exciting a new generation of buyers and accelerating EV adoption

Demonstrating GM’s EV leadership, which includes the investment of $27 billion in EV and AV products through 2025 and the launches of 30 new EVs globally by the end of 2025; and
Highlighting the range, performance and flexibility of the Ultium platform.

Ultium will be the foundation for GM’s next-generation EV lineup, powering everything from mass-market to high-performance vehicles, including the GMC HUMMER EV and Cadillac LYRIQ. GM’s Ultium platform will be capable of delivering an EV that can go up to 450 miles on a full charge1, will power EVs of many sizes, shapes and price points, and is capable of 0-60 mph2 performance in as little as three seconds for some models. 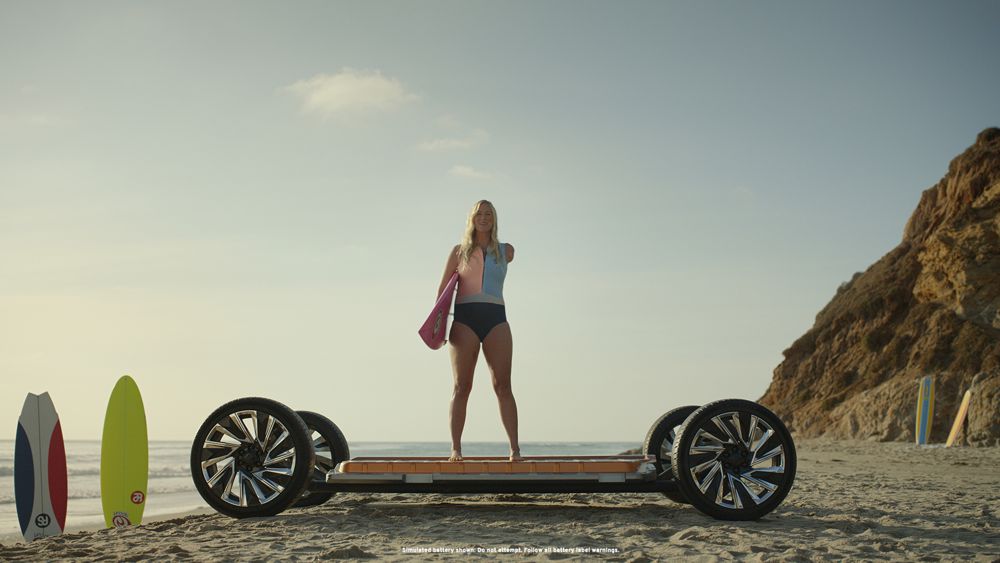 “GM has the talent, technology and ambition to advance a safer world for all, help reduce emissions and accelerate toward our all-electric future,” said Wahl. “‘Everybody In’ demonstrates our intent to lead, while inviting others – policymakers, partners, individuals – to play an active role in moving society forward, whether that’s helping to expand infrastructure, advocating for progress in their communities, or simply taking an EV for a test drive to learn about the benefits of EV ownership.”

Influencers who defy expectations and represent all walks of life will be used throughout the campaign. These change agents include Malcolm Gladwell, author of “The Tipping Point,” professional surfer and shark attack survivor Bethany Hamilton, fitness instructor Cody Rigsby and gamer Erin A. Simon.

“Everybody In” ushers in new brand identity

As GM amplifies its EV message, it has also created a revitalized brand identity designed for a digital-first environment. The new logo builds on a strong heritage while bringing a more modern and vibrant look to GM’s familiar blue square.

The new brand identity extends to technology brands including Ultium. The team of GM designers tasked with creating the new logo considered how to balance the history and trust inherent to the existing design with GM’s vision for the future.

According to Sharon Gauci, GM executive director of Global Industrial Design: “This was a project our team took so personally, not just for ourselves but for the 164,000 employees this logo represents. At every step we wanted to be intentional and deliberate because this logo signifies creative and innovative thinking across the global General Motors family.”

The new GM logo features a colour gradient of vibrant blue tones, evoking the clean skies of a zero-emissions future and the energy of the Ultium platform. The rounded edges and lower-case font create a more modern, inclusive feel. The underline of the “m” connects to the previous GM logos as well as visually representing the Ultium platform. And within the negative space of the “m” is a nod to the shape of an electrical plug. 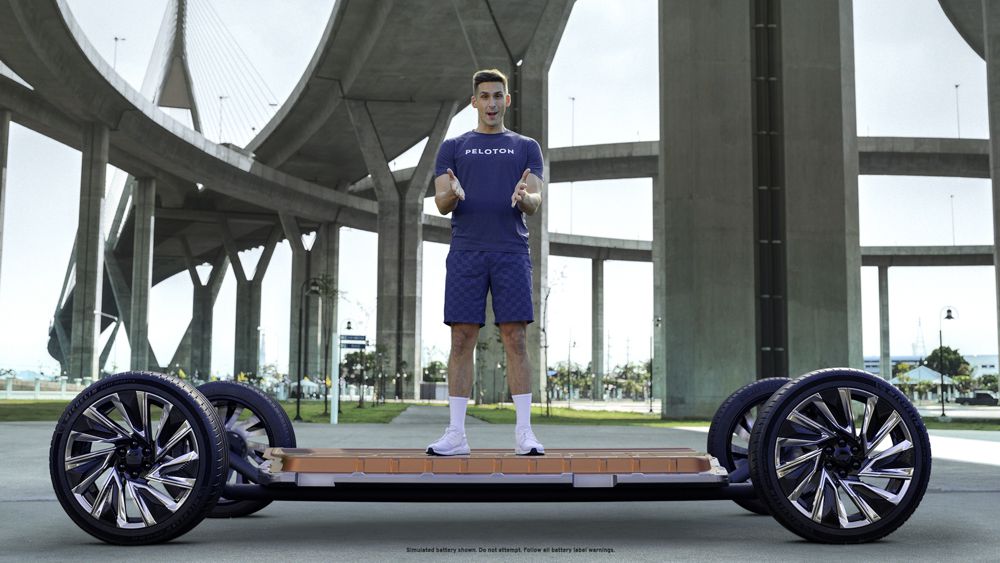 A new way to learn more

To complement the “Everybody In” campaign and new GM brand identity, the company will launch a new GM.com site on Jan. 11, 2021 to share the latest information and stories about GM’s work across electrification, safety, citizenship and the road to autonomous driving.

GM.com will celebrate the people and the technologies that are moving GM forward and play a meaningful role in bringing news and updates to audiences around the world.