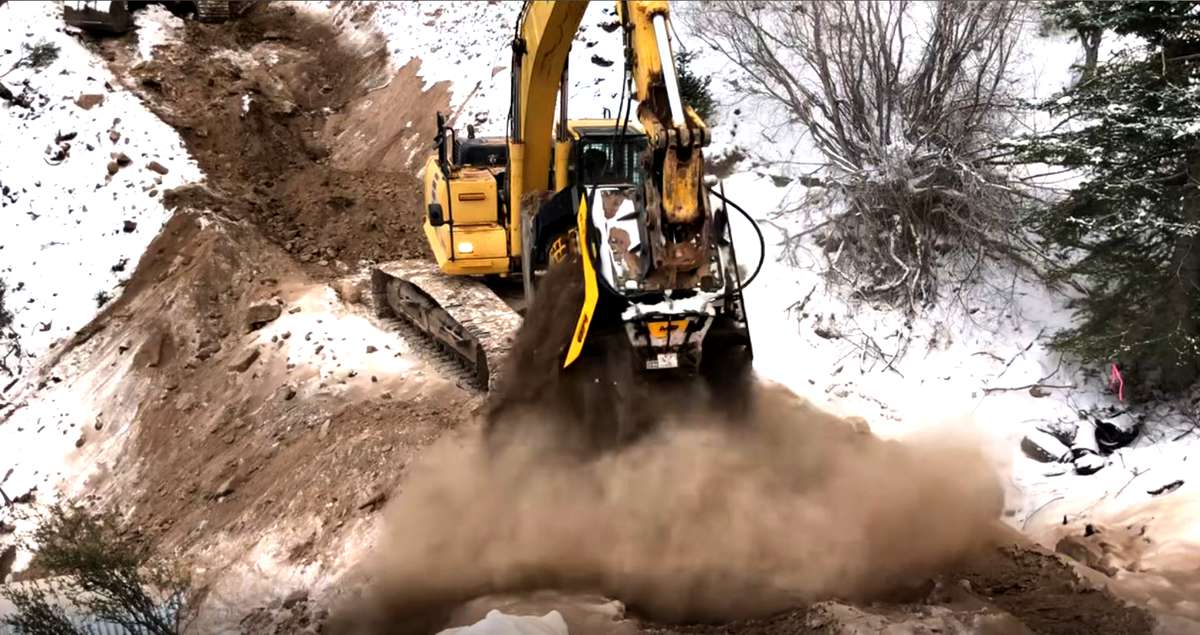 Adapting to change with recycling on the jobsite

Adapting to change with recycling on the jobsite

During difficult times it seems easier to “just get on with it”, trying to adjust to accommodate the way we always did things, but last year has taught everyone to adapt, which inevitably led to embracing changes.

This brings us to the two completely different job sites who took on MB Crusher attachments, and in a very short amount of time they changed their way of work, for the better.

In the case of Legarza Exploration & Construction, they’ve specialized in remote locations job-sites since 1992. With nearly 29 years of expertise under their belt, they know exactly how to tackle a site without roads, they are well aware of the struggle of bringing their equipment in, the time and energy it takes to build the road to reach the actual site. Their meticulous planning had helped them succeed in the past, even if it hasn’t been always full proof or cheap.

And then they reached a point when waiting for the material to arrive at their remote site made them lose money. That dreadful moment when the price increase in purchasing aggregate has forced them to turn down some jobs. Costs and time have a huge impact on pricing a job and when you have always done the job in a certain way you can easily do the math and realise if you are no longer earning as much as you used to.

Instead of assuming that the good old ways would come back and carry on as they were doing, they realised they needed tools, a crusher and a screener with portability so that it could reach the site easily, even where the roads are not yet made. They needed MB Crusher’s units!

When we talked to Bill Arthur, the company’s owner, he was quick to admit that they still were “pretty new to the bucket”. But, he has already seen the benefits it’s brought to their job site. When we asked him to explain the benefits he told us the buckets have helped them “save time and money, primarily on [their] budget” by eliminating material purchasing and handling expenses. 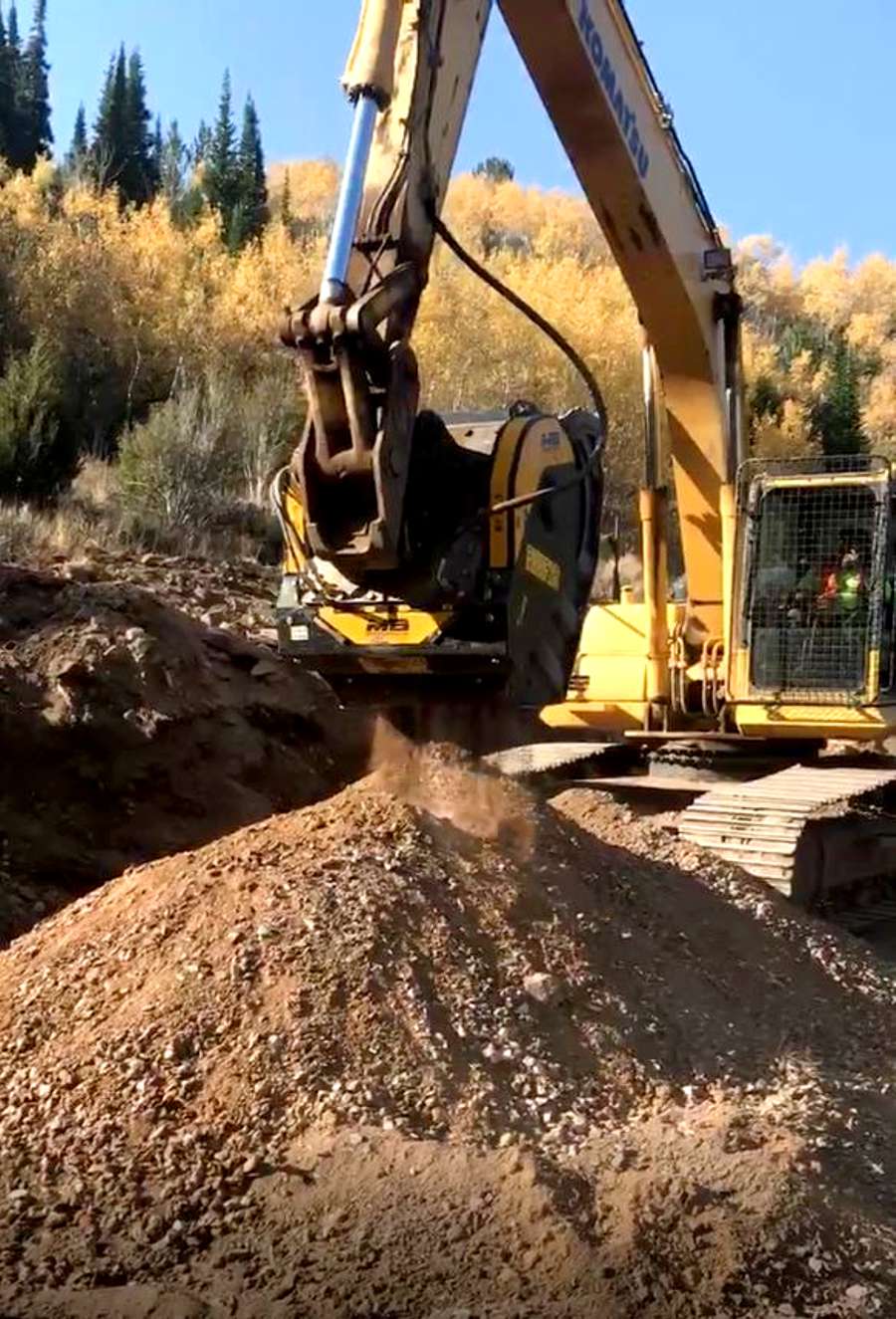 So how long does it take to break a habit?

As long as the moment you decide to improve!

Legarza is now using what’s available to create soft roads to reach their jobs site. With MB’s BF80.3 crusher bucket they reduce the larger stones and river rock from the bank to either a ¾ minus or a 3 in minus, and the MB-S18 screening bucket is used to separate the fine portion laying around, faster and cheaper process.

The other job site we viewed didn’t have a huge distance to travel or the lack of roads, quite the opposite in fact as it is located in one of the largest commercial port in India.

Get the job done quickly is the requirement here, and the MB Crusher screening bucket is the ideal machine to help to keep clear the loading dock from materials while reducing the number of machinery and operators.

As they had the backhoe that was previously used just to move the material around, they installed the MB’s attachment and instantly upgraded their BHL into a screening plant.

Now, when the material is mixed in wrong ratios during the unloading process or when lumps forms due to moisture penetration, they just use the screening bucket and in a matter of minutes, the material is processed and reclaimed. Moreover, the screening bucket can be easily moved from one place to another, once the job is finished, to allow the continuous passage of lorries, trucks and containers coming and going from the port area.

How long does it take to change the way you operate?

Just the realisation that the job is done a lot faster!

At the port now they ensure maximum productivity, faster than before, and the job is done better.

0 0 0
Previous : USTDA helping Philippines with Climate-Smart Transportation
Next : Bosch looks to the future with AIoT, electrification and green hydrogen