Highways England has announced a new woodland the size of 135 football pitches will be planted in partnership with Forestry England, alongside the route of the proposed Lower Thames Crossing.

The woodland at Hole Farm near Great Warley, Brentwood in Essex is at the heart of the project’s plans to boost the wildlife and increase habitats in the area. Under Forestry England’s care, the 100-hectare site will become home to around 150,000 new trees and provide homes to thousands of native species, from mammals to invertebrates and birds to fungi.

The green space will be designed for people too, and could include facilities such as a café, education centre and a community orchard. A range of provisions for outdoor activities are also being considered, and new public paths may link to a footbridge across the M25 to create an uninterrupted walking and cycling route between other nearby woodlands, such as Folkes Lane Woodland, Thorndon Country Park and the wider area of the Thames Chase Community Forest.

Forestry England will carry out a consultation later this year to seek the public’s feedback on plans for the site.

The new community woodland is part of Highways England’s commitment to increase biodiversity along England’s Strategic Road Network by 2050 and will go ahead regardless of consent being granted for the Lower Thames Crossing.

Mike Seddon, Chief Executive, Forestry England said: “We know how important high-quality, local greenspace is to people as well as the country’s ambition to plant new woods and forests. We have been creating and managing community woodlands for decades and are excited to be working with Highways England and looking forward to hearing from the local community. This will become a great addition to the nation’s woodlands.”

“The plans for Hole Farm community woodland are part of our commitments to increase biodiversity alongside our major routes and I look forward to working with Forestry England to create a green space for the whole local community to enjoy for generations.”

Councillor Chris Hossack, the Leader of Brentwood Borough Council said: “Brentwood Borough Council is excited to support the Lower Thames Crossing in the establishment and provision of a new country park and the planting of 150,000 trees within the borough. This major acquisition will provide improvements in biodiversity, carbon capture and air quality while extending the outdoor leisure, recreational and educational provisions in Brentwood. This opportunity is great news for Brentwood but also provides a major boost to the greening plans for the South Essex Region.”

The new woodland complements the project’s existing environmental initiatives that will enhance and connect habitats across the area. This will be achieved by returning farmland along the proposed route to semi-natural habitats including species-rich grassland and wildflower meadows.

Elsewhere along the route, another 260 hectares of new woodland will be planted bringing the total to 360 hectares, and the project will significantly increase the number of ponds, watercourses, and hedgerows in the area. These areas will be connected by seven new green bridges and 42km of new pathways, allowing people to easily move around and enjoy the open spaces in the area.

The site will be managed by Forestry England, the country’s largest land manager, on behalf of Highways England. Forestry England is supporting the government’s target of planting 30,000 hectares of new woodland every year by 2025 to help deliver ambitious plans to become net-carbon zero by 2050. The new green space will be the largest community woodland in the East of England. 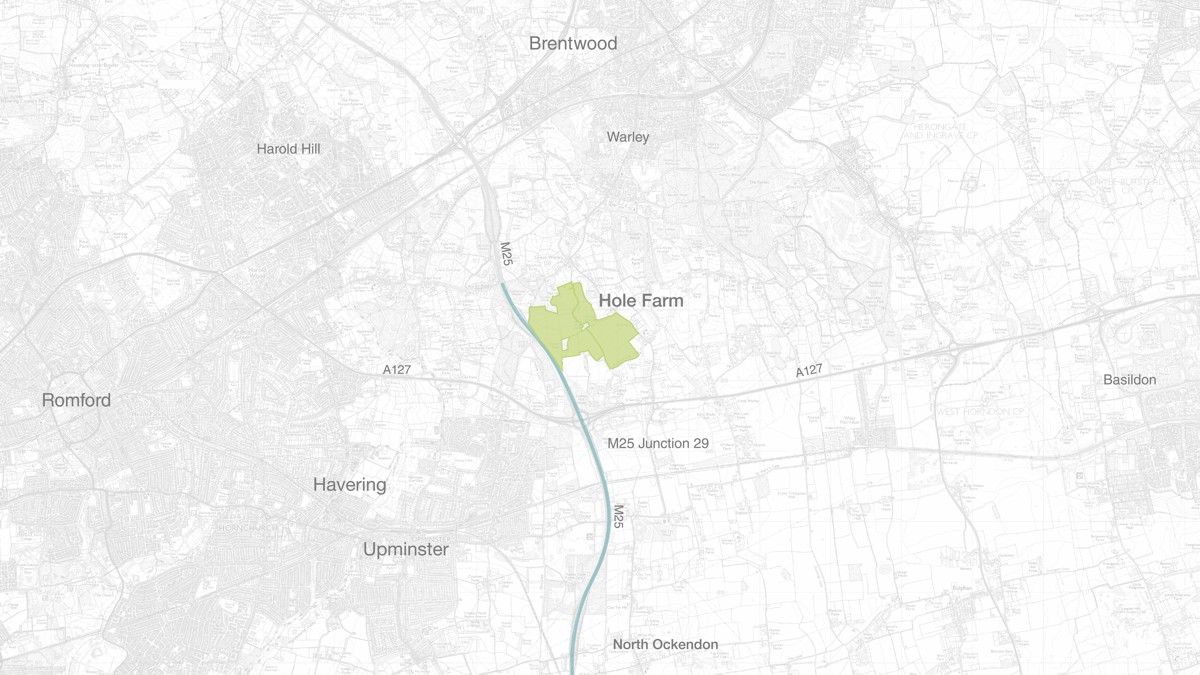 Highways England plans to resubmit its application for a Development Consent Order later this year. An application was originally submitted to the Planning Inspectorate in October 2020 but was withdrawn following early feedback from the Inspectorate on the application.

Visit highwaysengland.co.uk/lowerthamescrossing for more information on this project.