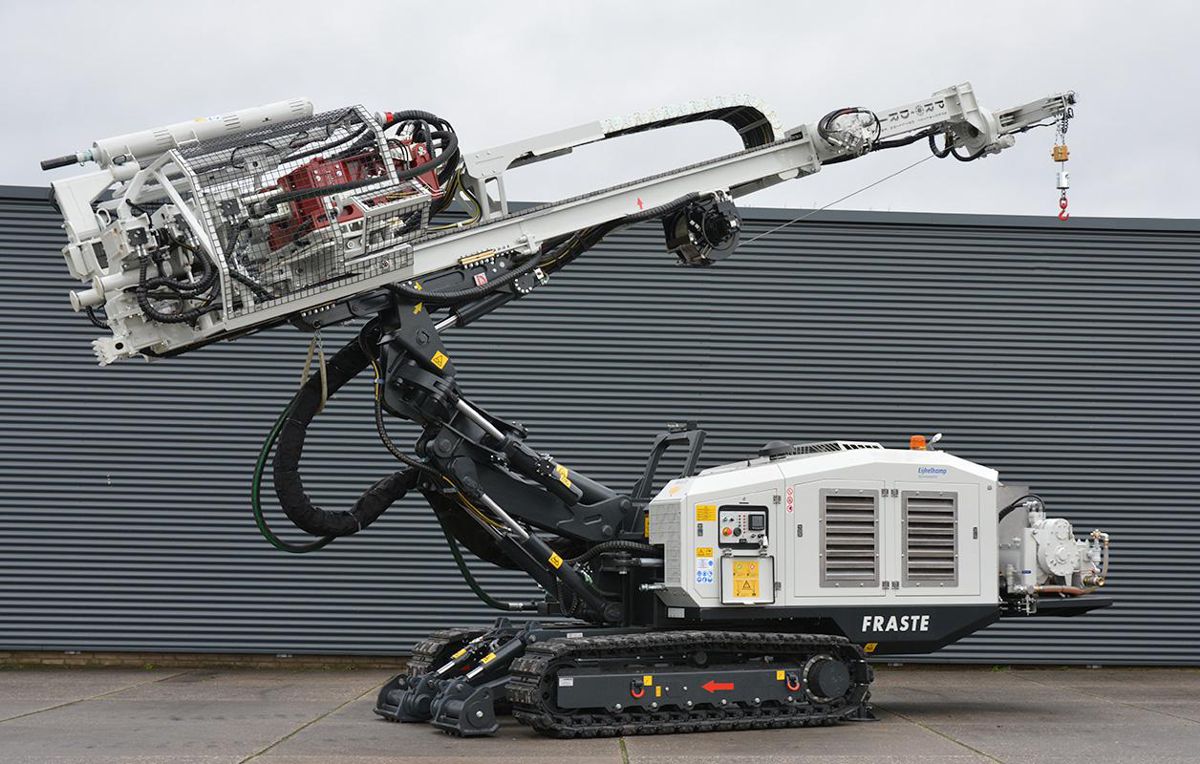 Managing director of Borehole Solutions, John Rodgman, has lost count of how many CPD projects his team have carried out and fully acknowledges the popularity of the method, but is also open to positive change. Here, he discusses the popularity of CPD, and the reason why sonic drilling has taken its place as the ideal drilling technique.

What is Cable Percussion Drilling?

CPD is a relatively simple drilling technique, when compared to others. A cutter is repeatedly lifted and dropped into a borehole casing to advance the borehole downward. The cutter is attached to a cable – hence the name – which lowers it further down into the borehole. It’s this simplicity, as well as the overall quality of results, that has made CPD such a popular method of drilling.

What are the other benefits of CPD?

Due to its extensive use over the years, CPD has been made incredibly efficient in terms of time and finances. Compared to many other auger methods of drilling, CPD is relatively cheap. There’s also a lot to be said for its versatility, as borehole construction can be halted at any time in order for in-situ testing (or other necessary site investigations) to be carried out. CPD can also be used in many different soil types, including hard rocks and cohesive soils. And, with borehole casings available to help ensure structural integrity whilst drilling, there are very few substrates that CPD rigs can’t handle.

The rig’s ease of transportability has also helped CPD to rise in popularity over the years. They can be dismantled and towed behind a 4×4 vehicle with ease. Plus, the tripod set-up of the rig results in minimal impact to the surrounding landscape.

So why sonic drilling?

Despite so many other drilling methods readily available, including the substantially proficient cable percussion drilling, recent years have seen more and more geotechnical drilling companies switching their main focus to the use of sonic drilling rigs.

Why is this? Well, despite the various benefits of CPD, sonic drilling simply provides a much more efficient and versatile alternative to other conventional drilling techniques.

Sonic drilling is ideal for a huge variety of projects, but this is especially the case when working with a landscape containing both large rocks and much finer sands and gravels. This is due to the high-frequency energy that the sonic head generates as it advances the core barrel down into the substrate.

The liquefying effect caused by the vibrations loosens the integrity of the surrounding soil, allowing for much smoother drilling. This all allows the core to be retrieved without any risk of collapse, even in more difficult substrates.

Sonic drilling offers better recovery rates than any other drilling method. This is especially the case when continuous core samples are provided. In fact, these samples can be up to three times the quality than that of auger drilling.

The high-frequency oscillations with the rig’s sonic head allow the bit to bore through unconsolidated formations with ease. Plus, unlike other machines, a sonic drilling rig can carry out continuous coring, which is a very valuable trait for many projects.

Whilst the transport of a CPD rig may be shipped across the nation with ease, as a site investigation method, it doesn’t hold a candle to the versatility of the sonic rig. The rubber caterpillar tracks fitted to the rig provide an exceptional degree of manoeuvrability and flexibility.

Furthermore, whilst the technology used within the rig may be complicated, the operation itself is very simple and can be carried out from an on-board master console. Cable percussion drilling can often be a cold, wet and messy job, so it’s no surprise that drillers would much rather opt to stay in the warm and dry whilst operating a drill, if given the option.

One of the leading problems that arises from site investigations is the amount of waste produced. Investigation derived waste (IDW) often has ecological impacts. It can also damage sample integrity and contaminate the environment. The former is obviously not ideal for those carrying out the job, whilst the latter is bad for the planet itself, and therefore, everyone living on it.

With sonic drilling rigs, however, returned core samples boast an incredibly high integrity, when compared with CPD and other geotechnical methods. They also produce less waste, which, in conjunction with their quicker operations, results in sonic drilling being a far more environmentally conscious method to use. Less time spent on-site inevitably means less energy being used to power the rig. Plus, as the drill bit and drill string experience less friction, less energy is required to operate the machinery in the first place; further bolstering it’s efficiency.

So, whilst no one can deny the proficiency of cable percussion drilling throughout the multiple decades it’s reigned supreme throughout the rig fleets of the nation’s geotechnical drilling companies, at this point, shifting focus to sonic drilling is not only the sensible, but the ethical thing to do.

0 0 0
Previous : Trelleborg to showcase EMR Tough Tire solutions at bauma
Next : The best ways to Soundproof your Room