The most popular modern cone crusher in the world, the HP Series(TM) celebrates its 30th anniversary this year. The 10,000th HP cone crusher unit was handed over to the French aggregates and asphalt producer and urban infrastructure development company Eurovia in a ceremony held today at Metso’s Mâcon facility in France.

“The HP is undoubtedly one of Metso’s most widely used innovations. It’s a technology that has been evolving throughout the years to meet customers’ changing needs, making their operations more successful through proven performance and reliable output. That’s most likely why HP has become an industry standard for a variety of aggregates and mining applications”, says Arto Halonen, Vice President, Aggregates Crushers at Metso.

The origin of the HP Series cone crusher can be tracked back to Milwaukee, USA in the early to mid-1980s. The technological breakthroughs by the Nordberg research program re-defined crushing performance and provided the basis for a new type of cone crusher introduced in 1989: the Nordberg® High-Performance cone crusher series, today simply known as the HP.

Today, HP cone crushers are engineered and manufactured in Metso’s competence center in Mâcon, France, with manufacturing also in Brazil, China and India. A versatile crusher is ideal for wide range of fixed and mobile applications, varying from limestone to taconite and ballast production to manufactured sand. 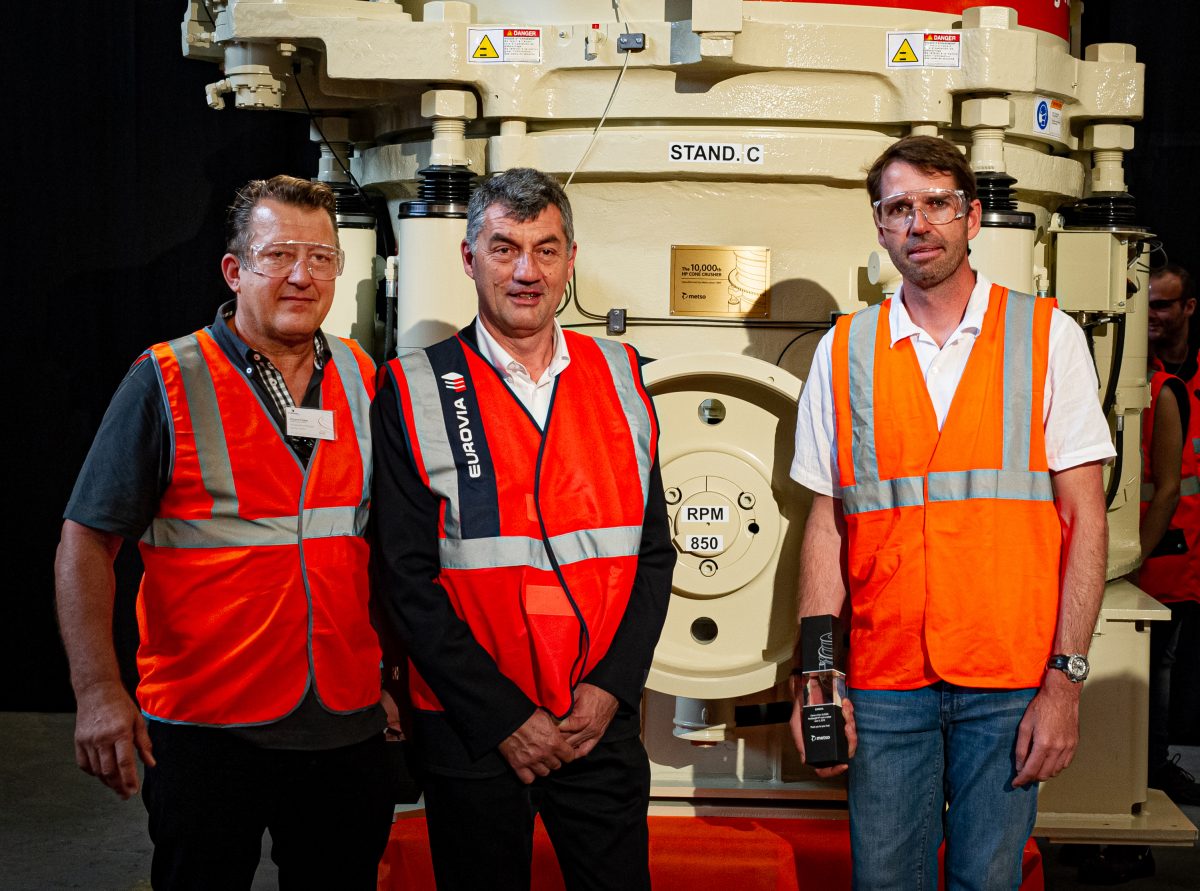 “Know-how from developing the HP and from thousands and thousands of customer applications around the world has played an integral part in Metso research and development initiatives in crushing. This is an important milestone for Metso and we want to thank our customers for their continued confidence in us during the first 30 years of the HP’s journey and look forward to explore new development possibilities in the years to come”, Halonen continues.

Metso is a world-leading industrial company offering equipment and services for the sustainable processing and flow of natural resources in the mining, aggregates, recycling and process industries. Listed on the Nasdaq Helsinki in Finland, Metso had sales of about €3.2 billion in 2018. Metso employs over 13,000 people in more than 50 countries.

0 0 0
Previous : Testing of painting platform for Queensferry Bridge enabled with help from Mabey Hire
Next : Volvo Excavator with Steelwrist combo a first for Heddle Construction in the Orkneys