JCB has set a new British speed record for tractors with its high-speed Fastrac tractor. The tractor notched up 103.6mph at Elvington Airfield, near York, with TV presenter and engineering guru Guy Martin behind the wheel.  It smashed the previous 87.27mph record set in March 2018 by Top Gear’s Track-Tor.

Guy Martin said: “It had been a great day with the JCB at Elvington, proper job with some right proper engineers. She felt rock steady on the runway, job’s a peach.” 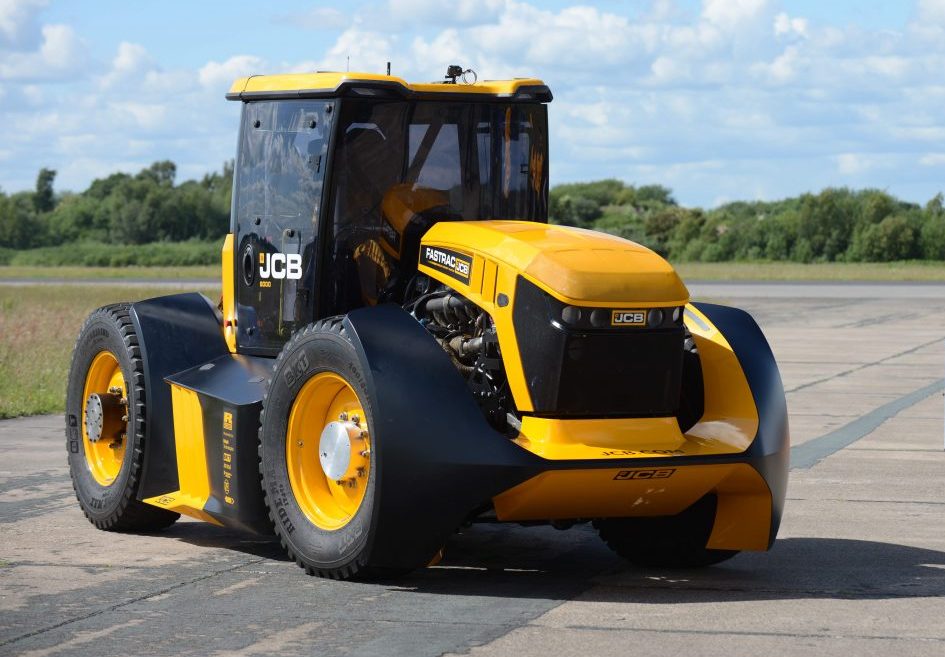 A team of JCB engineers has been working on the secret project to develop the tractor over the past few months and today JCB Chairman Lord Bamford praised their “amazing achievement.”

He said: “We’ve long harboured a dream to attempt a speed record with the Fastrac and the whole team has worked tirelessly to achieve this amazing result. I’m extremely proud of what they have achieved in such a short space of time. It is British engineering at its best and it really does highlight the skills and innovation we have in our engineering team. They have done a truly fantastic job.” 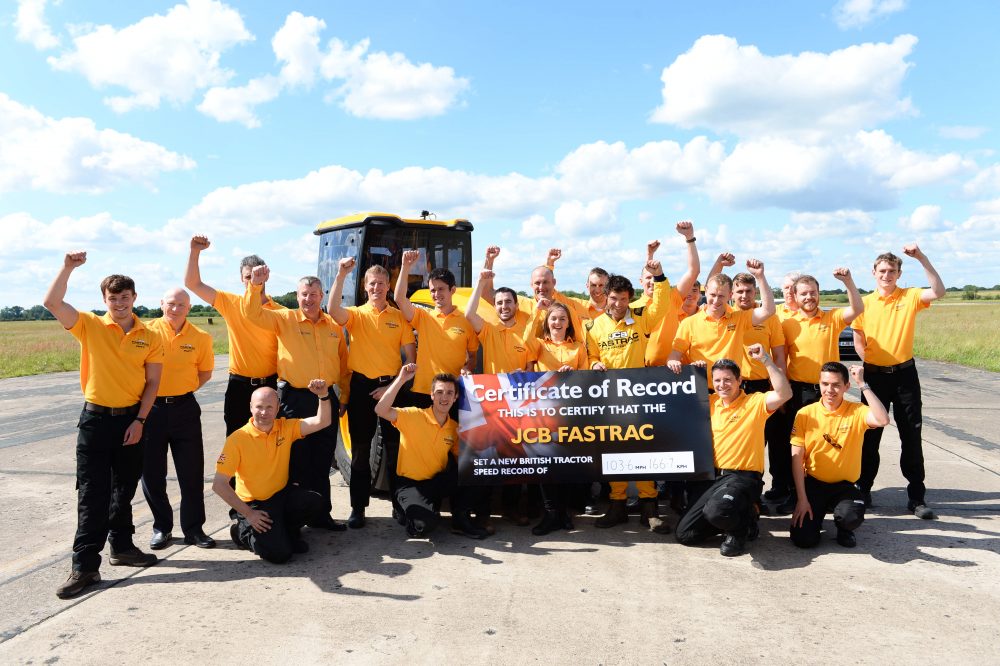 It was Lord Bamford’s idea to develop a tractor which had a high road speed capable of field work and the speed record achieved yesterday came exactly 28 years to the day since the first production model rolled off the line.

JCB is no stranger to land speed records. In 2006, its DieselMax streamliner set a new diesel land speed record when it reached 350.092mph on Bonneville Salt Flats in the USA, using two JCB DieselMax engines. It’s a record that still stands to this day. 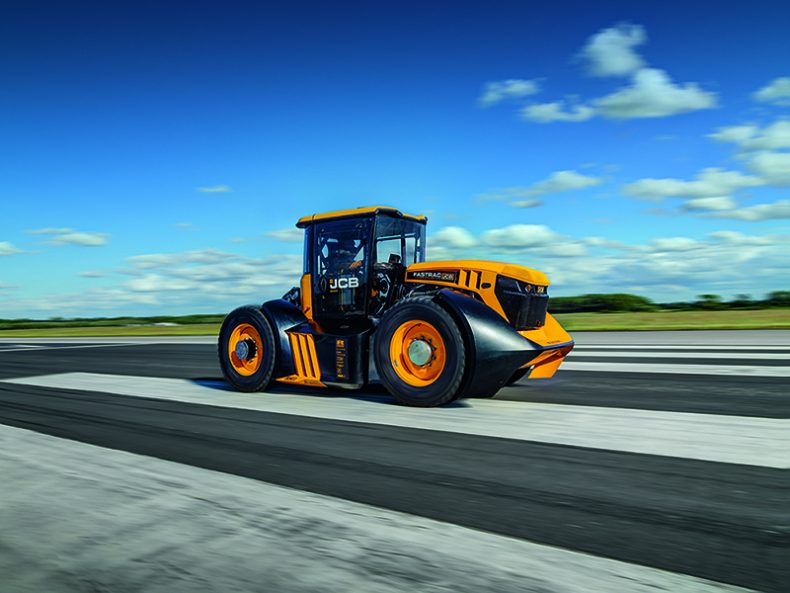 Based on the Staffordshire maker’s Fastrac farm tractor, the record-breaking tractor is powered by JCB’s 7.2 litre, 6-cylinder DieselMax engine produced at its factory in Derbyshire.

Capable of delivering 1,000hp and 2,500Nm of torque, the Fastrac had been put on a diet and had its aerodynamics enhanced with the help of Williams Advanced Engineering. 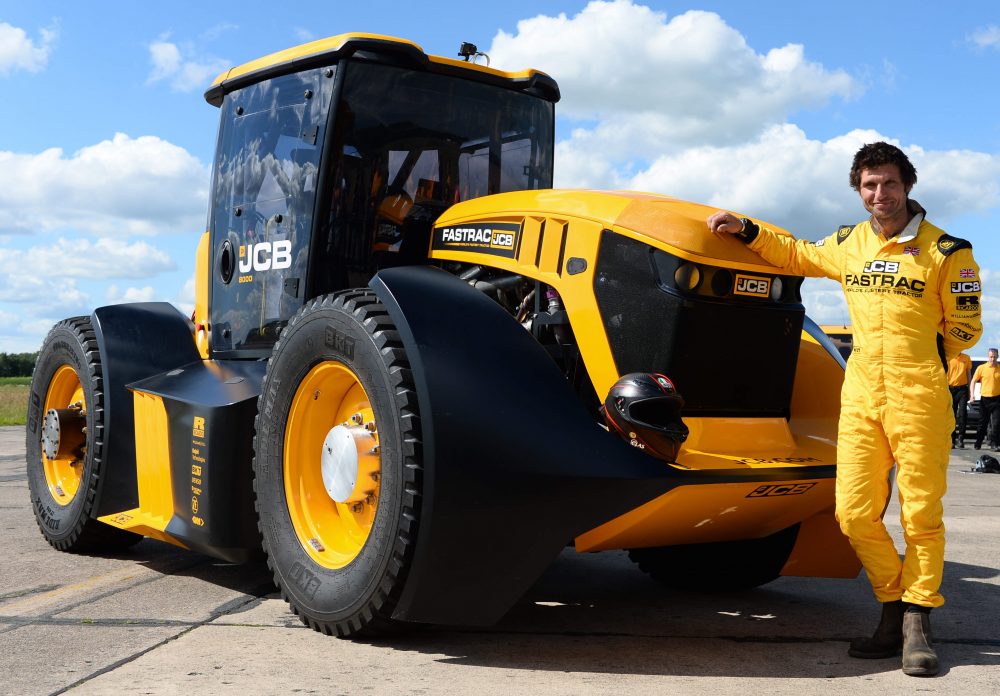