Better trains on better railways for a better travel experience. The European Investment Bank (EIB) has signed an agreement with PKP Intercity to finance the long-term investment programme of the main railway operator in Poland.

A PLN 1bn (€233m) loan will help PKP Intercity acquire new rolling stock and modernise its existing carriages. The project is in line with PKP Intercity’s strategy to become a high-quality provider of sustainable long-distance rail passenger transport in Poland. Faster and safer trains will also enable improved cross-border services to neighbouring countries such as Slovakia, the Czech Republic, Germany, Hungary and Austria.

“The project is a further element of the Bank’s support for the modernisation of the transport sector in Poland, and for rail transport in particular. It will help PKP Intercity to catch up with Western European standards”, said Vazil Hudak, EIB Vice-President in charge of operations in Poland and Cohesion Countries. “Poland today has a modern road network and is now aiming at having an equally modern railway network with efficient train operators. The EIB fully supports this long-term strategy, which has a beneficial impact not just on quality of service, but also on the climate and environment by fostering a shift from road travelling to rail”.

Development of railways is of key importance for Poland’s economic progress, as well as being a response to the growing mobility of Poles. In order to be able to successfully carry out its mission, the Polish railway required large investment in both infrastructure and rolling stock. The first effects of our activities are already visible – on the rail tracks and in the number of passengers growing constantly since 2015, leading to as many as 46 million people travelling on our trains in 2018. We are looking forward to the time when more new or modernised trains will start to arrive on the track, ensuring that our passengers have comfortable and safe journeys, said Marek Chraniuk, President of the Board of PKP Intercity.

The financed project consists of the acquisition of electric main-line locomotives, passenger carriages and Electric Multiple Units (EMUs), which are well suited for fast and pollution-free inter-city commuting with diesel shunting locomotives. The project is also being supported by funds for the modernisation of rolling stock owned by PKP Intercity and used in passenger connections throughout Poland and internationally. The company has a large fleet consisting of over 2,700 units. The modernised fleet will enable higher operating speeds, improve comfort and ensure safety. It will also contribute to the increased frequency of services on selected routes. 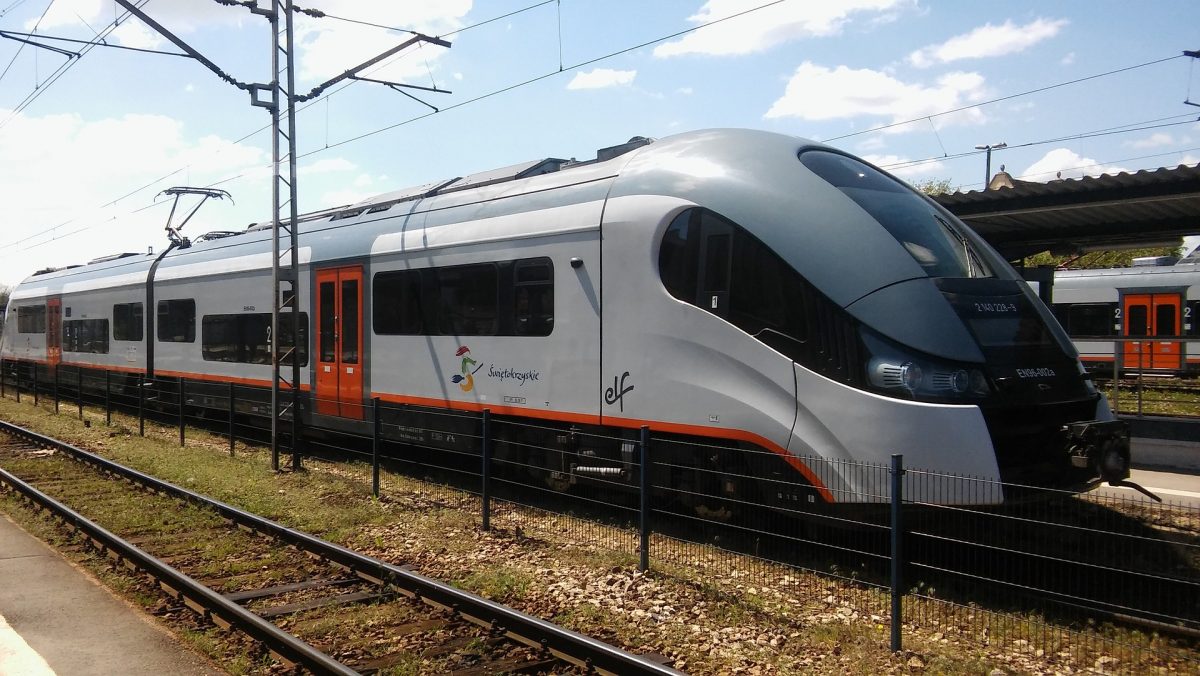 This is the fourth EIB loan to PKP Intercity since 2005. It is part of the ongoing EIB support for rail transport in Poland, which also includes significant financing of PKP Polskie Linie Kolejowe S.A. (“PLK”), the infrastructure provider, for upgrading the rail network.

The latest examples of EIB financing for PKP PLK include: