The joint venture of Skanska-Granite-Lane (SGL Constructors) has announced the opening of five new ramps, including the I-4/S.R. 408 flyover ramps.

The project enhances safety and mobility while reducing travel times in Central Florida. According to William McGuiness, SGL Constructors project director for the I-4 Ultimate Project, “This week’s turnover of the largest interchange in Florida represents the culmination of over 1 million worker hours by our dedicated builders and subcontractors.”

Within the intricately planned interchange, SGL Constructors set in place a total of 5.73 miles of tub girders, and some hoisted as high as 120 feet. The interchange required 52.3 miles of driven pile, 44,600 cubic yards of concrete, and 10.5 million pounds of rebar. A total of 36.6 million pounds of structural steel was used to form what is now a signature feature of the Central Florida landscape.

“On behalf of SGL Constructors, nearly than 1,800 employees and subcontractors, we are delighted to provide this state-of-the-art interchange to the residents of Central Florida,” McGuiness said. “We are proud to present this modern interchange to its 220,000 daily users and wish them and future generations many safe and enjoyable trips to come.” 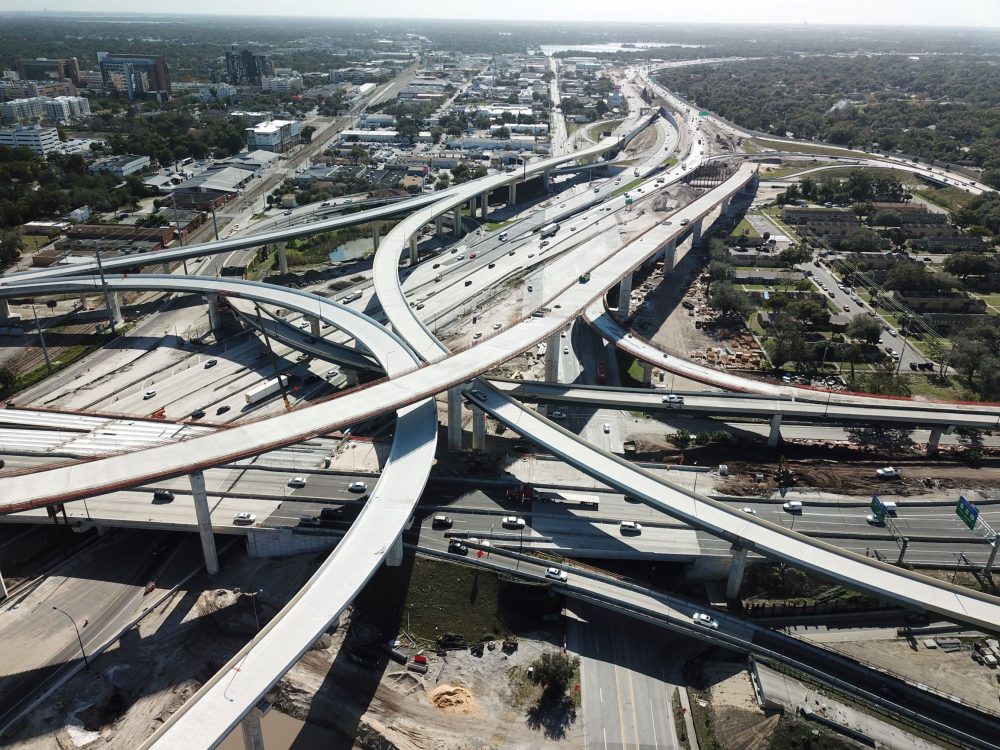 As a result of his directive to accelerate work on the I-4 Ultimate project due to decreased volume in traffic as a result of COVID-19, Governor Ron DeSantis and the Florida Department of Transportation (FDOT) announced the opening of the five new Interstate 4 (I-4)/State Road (S.R.) 408 flyover ramps.

“I’m pleased to announce the opening of the I-4 corridor three months earlier than planned after we took advantage of the lower traffic volume by accelerating work on some of these busy roads,” said Governor DeSantis. “The completion of this project will make a big difference for Floridians who commute through this area. Secretary Thibault has shown his commitment and dedication in completing this project expeditiously, and I look forward to seeing more infrastructure projects like this finish ahead of schedule.”

“In early April, Governor DeSantis challenged the Department to find ways to accelerate I-4 construction while there was less traffic on the road, and I am pleased to announce that we have opened these critical components of the I-4 corridor to drivers, three months ahead of schedule,” said FDOT Secretary Kevin J. Thibault, P.E. “This is the biggest milestone of the project to date, which will undoubtedly transform the heart of our state’s transportation system. I am grateful for the Governor’s common-sense approach to moving Florida forward during this unprecedented time.”

“Today’s event marks an amazing achievement for the state as well as the Central Florida community,” said Central Florida Expressway Authority Chairman Brenda Carey. “We appreciate the continued partnership with the Florida Department of Transportation and look forward to further improving mobility throughout the region.”

On April 11, Governor DeSantis and Secretary Thibault announced plans to open the I-4/S.R.408 interchange by Independence Day, which was ahead of schedule. Since then, the Department was able to further accelerate work by more than 6 weeks, opening four new I-4/S.R. 408 ramps along with the eastbound S.R. 408 ramp to westbound I-4.

During the acceleration period, the I-4 Ultimate team has been working at more than 12 locations with extended lane and ramp closures and has reduced construction time by one to two months.

To view all of the new interchange movements visit the S.R. 408 Interactive map. When traveling throughout the corridor, always maintain a safe speed in the work zone, follow posted detour signs, and allow extra time to navigate the downtown area.

The westbound S.R. 408 to westbound I-4 flyover is the final ramp and is scheduled to open later this summer. 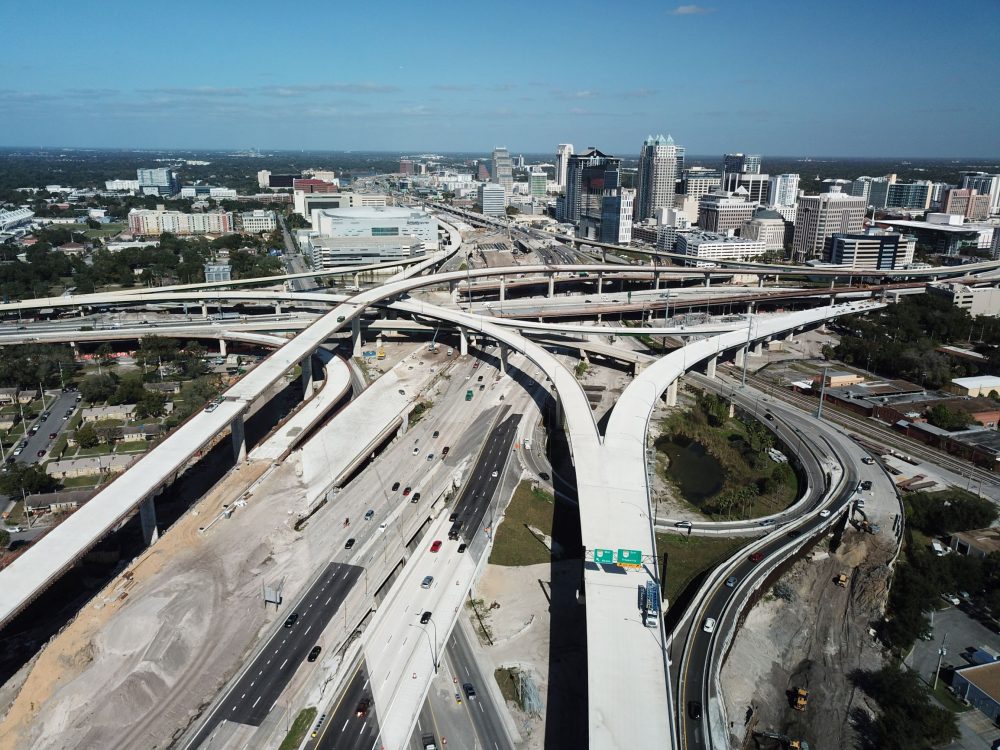 0 0 0
Previous : Aggregate Industries completes major A14 works ahead of schedule
Next : CHAS issues guidance to makes it easy to find COVID-19 secure contractors in the UK