“FOUR Frankfurt” is a unique high-rise building in the heart of Frankfurt city centre. Thanks to its purchase in 2015, “Groß und Partner Grundstücksentwicklungsgesellschaft” laid the foundations for the execution of this mega-project.

This building development includes 4 new high-rise buildings on a multi-level and multifunctional construction foundation. Thanks to its 228m high office tower, the building is the highest office space in Germany and, with its slightly shorter 173m high tower, it also ranks as the highest residential tower in the whole Germany. Parts of the existing buildings will be kept to comply with historical preservation requirements; they will be integrated into the new construction. 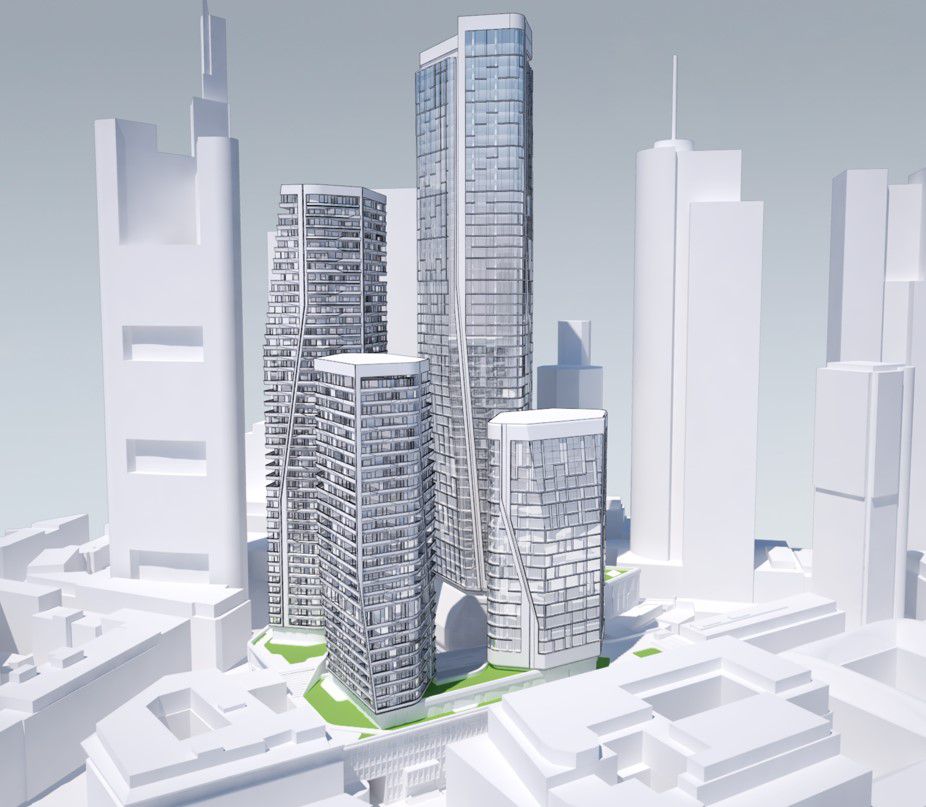 Due to the simultaneous execution of the works in all areas and the relevant logistical needs, which add to the enormous pressure set by the compliance with the time limit, one of the main challenges of the construction process concerns its position in the city centre.

The four towers of the Frankfurt FOUR Project are supported by a base slab and its perimeter walls. Due to space restrictions, the client decided to build the basements using the “top down construction method”. This means that, at first, the diaphragm wall and the foundation piles are constructed and then the concrete slab is poured to form the first basement floor.

Subsequently, excavation works take place under that “cover” and the other basements floors are all built in the same way, while the construction of the building can already start simultaneously.

Since the distance between the opposite walls of the perimeter would span over 100 m, prefabricated columns are positioned into the piles to support the slabs. The structural loads of the above-ground structures and of the slabs are thus directly supported by the construction piles through the columns. 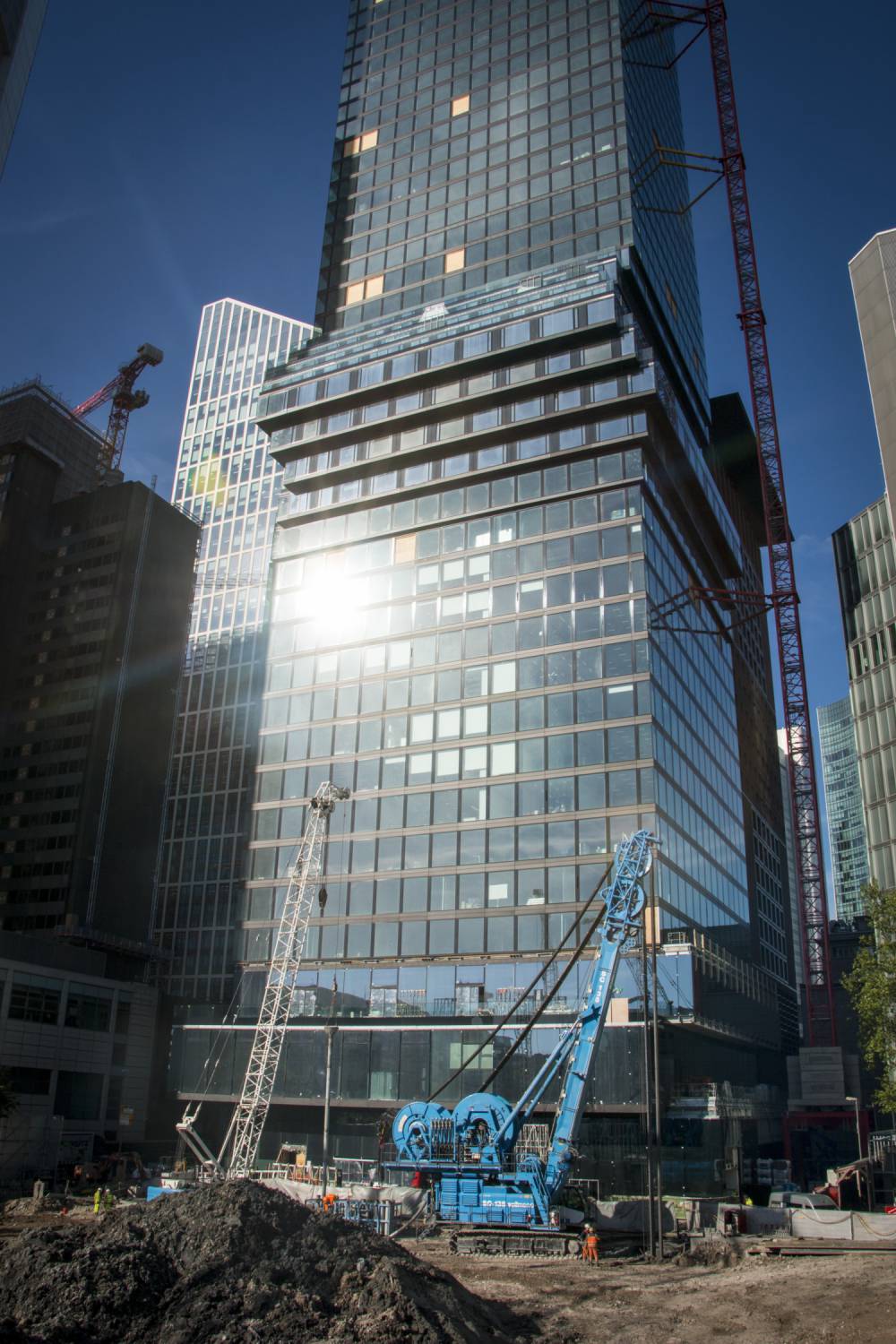 The foundation and excavation protection enclosure is carried out using the diaphragm wall method. In this case, two different methods are used.

Generally, the excavation of the panels is carried out using a clamshell. However, due to the strength of the limestone banks, a hydromill is also used, in order to minimize the impact generated by vibrations on the neighbouring structures.

Large diameter bored piles ranging from 1500mm to 2000mm are used as foundation elements. In the upper part, a temporary casing is used. Then, in the lower part, uncased drilling is carried out using stabilizing bentonite mud, to reach a total drilling length of up to 50m. 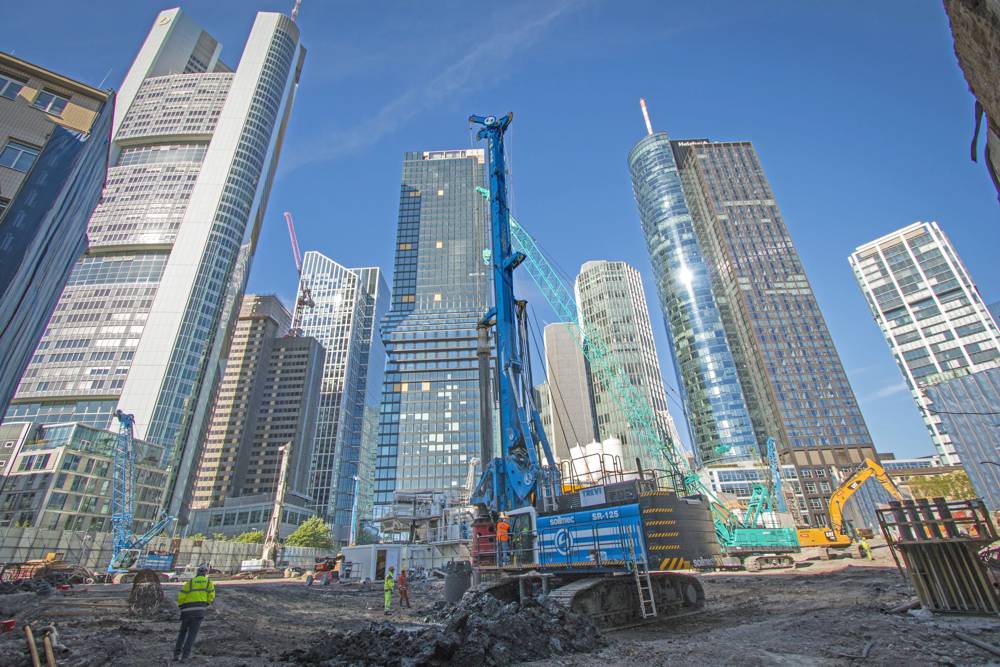 Due to the selected top-down construction method, it is necessary to position the plunged columns in the piles. Since these prefabricated columns are not just temporary supports, but are also used as permanent columns in the basement floors, their installation requires meticulous precision.

Therefore, a maximum vertical tolerance of 2cm and a maximum horizontal tolerance of 5cm are allowed. For this reason, an innovative system is adopted for this project. After reaching the design depth of the pile, the reinforcement cage is installed, and subsequently a collar and a sleeve are positioned around and into the casing. Said sleeve serves to guide the precast column and support its assembly. 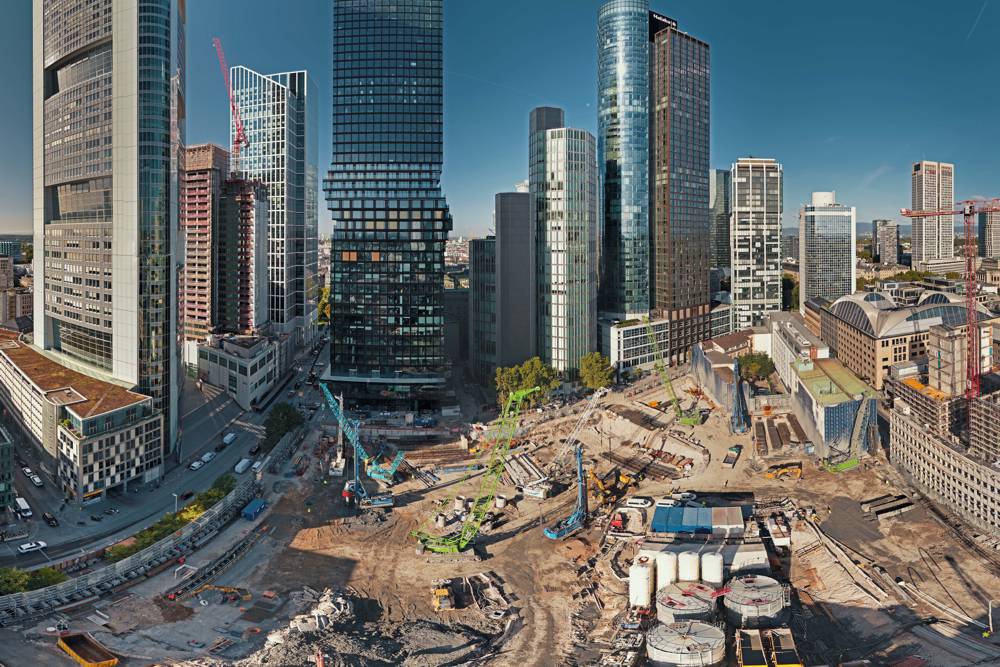 In the next step, the position of the sleeve is suitably adjusted by using the adjusting screws on the collar in compliance with the given tolerance requirements. After the adjustment of the sleeve, the pile is backfilled with concrete using a tremie pipe, and then the prefabricated column is installed, guided by the sleeve, inserting it for 3m into the fresh concrete of the pile.