One of the largest private mining and earthmoving companies in Finland, E. Hartikainen Oy, has added the latest generation of Hitachi mining excavator to its expanding fleet.

The EX1200-7 was unveiled as a new model at Bauma in April 2019 and the same display machine was then transported to the Finnish Hitachi dealer, Rotator, before delivery to its owner and first assignment at the Port of Helsinki.

At the end of the year, it was despatched to the Terrafame mine at Sotkamo, which produces nickel, zinc and cobalt at its metals production plant.

The EX1200-7 was tasked with creating a new area, which will be used for dumping waste rock that has been removed from around the ore in the mine. E. Hartikainen is the contractor for drilling, blasting and removing waste rock and overburden, as well as levelling and reinforcing the ground in readiness for the heavy materials.

Uptime is the key

Asko Putto, E. Hartikainen’s Site Manager, says: “Uptime is the key to our operation and we have a long history with Hitachi machines of this capacity, from two EX1100s to the new EX1200-7. We still have five of these 120-tonne machines in operation and so it was a natural progression for us to add the latest model to our fleet.”

According to Marko Ahonen, E. Hartikainen’s Work Manager at Terrafame, the EX1200-7 is the most important machine on site: “It’s so critical to production,” he says. “The whole package is better on the new model. It is more developed, especially in terms of the hydraulic system and digging force.

“The most important feature of this Hitachi excavator is its reliability, which is at a high level compared to other machines. The EX1200-7 performs well to reach our targets. Safety is another important aspect, and the Aerial Angle system is excellent in this respect. The stairway is also good, giving us easy access to enter the engine area safely.”

One of the machine’s two operators, Heikki Pirnes, has enjoyed 20 years’ operating experience with a wide range of Hitachi excavators – from the EX2600-6 to the ZX225USLC – and has worked for E. Hartikainen for the past ten years. Having been in the driving seat of both -6 and -7 variants of the EX1200, he has noticed some significant updates in the new model.

“In terms of improvements, the -7 model is more comfortable: the seat is much better and there’s less noise in the cab. I use the monitor regularly, for example to adjust the climate control or check the status of the machine if there is an alarm. The screen is clear to view and the functionality means that it is easy to use.

“The digging force with the -7 is better and the daily operations are easier too. Aerial Angle is also a useful feature that provides me with a bird’s-eye view of the machine, so that it’s easy to check for obstacles to the rear and feels safer as it swings round.

“Hitachi is the top brand for large mining excavators and the best thing about the EX1200-7 is the whole package – it is fast, safe and stable, even when loading heavy materials. It is also good to operate, as it follows my movements and carries out many actions at the same time.”

E. Hartikainen has also been successful in winning the contract for the removal of the waste rock from the mine and disposing of it in this new waste rock area. The plan is to move an average of approximately 20 million tonnes of waste rock per annum over the next five years.

“From the start of 2021, our team will increase from 103 to 250 people on the Terrafame mine,” adds Asko. “We will have as many as 46 machines on site, including the new EX1200-7 and an EX1200-6 that we bought in 2016. We have already acquired the equipment that we need for this contract, and some of the larger machines will be transported from other sites.” 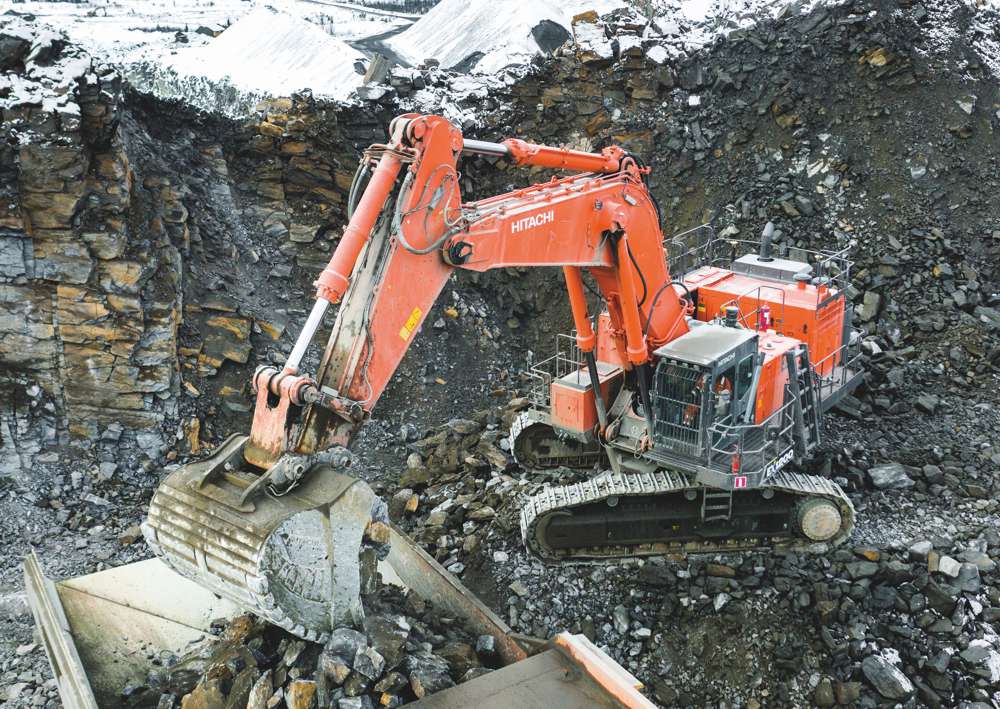 0 0 0
Previous : How to create a Dust Control Plan for your Construction Site
Next : InEight reimagines Capital Project Document Management with InEight Document