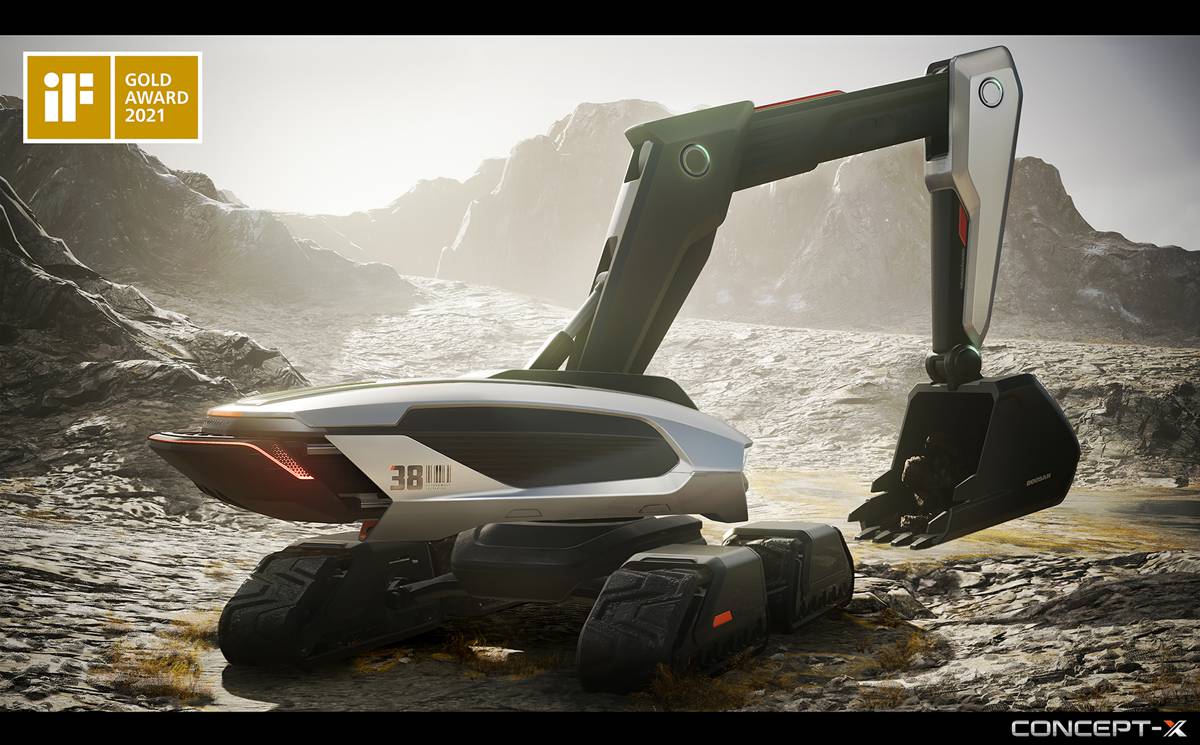 Doosan Infracore has announced that the company has won a Gold Award at the International Forum Design (iF Design) Awards 2021 in Germany for its Concept-X Excavator design.

One of only 75 entries that have won a Gold Award from a total of 10,000 put forward from 52 countries, the Concept-X Excavator design was chosen by a 98-member jury, made up of independent experts from all over the world.

In its statement accompanying the Gold Award announcement, the organisers, iF International Forum Design GmbH, the world’s oldest independent design organization, based in Hannover in Germany, said: “This concept raises the bar and pushes the bounds of technology with an ambitious vision for the future of construction equipment. 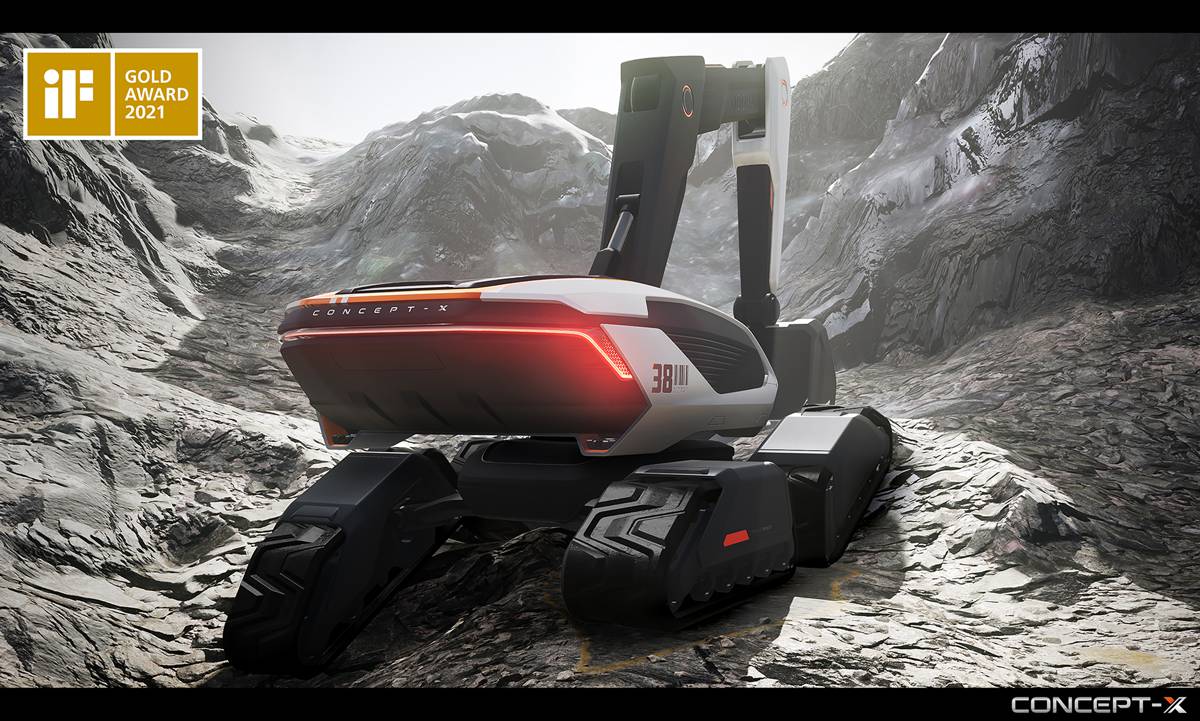 As a future-oriented unmanned construction machine, Doosan Infracore’s Concept-X Excavator design is characterized by no cab for the operator and the four separated continuous tracks constituting the lower part of the machine. The four-track configuration is advantageous for maintaining a stable position on uneven ground. The design proposes that all components except the excavator boom are to be motorized, with the circular indicator mounted on the joint areas providing easy recognition of the load.

Concept-X is the world’s first unmanned automated and integrated control solution introduced by Doosan Infracore for construction, quarrying and mining sites in 2019. It can perform work unattended by having drones to measure the workplace, automatically analyse the data, establish the work plan and transfer the data to machinery such as excavators and wheel loaders.

“It is unusual for construction equipment to win the Gold Award at the iF Design Awards. We plan to build a premium design image as represented by the award-winning designs of our new generation products,” a Doosan Infracore official said.

The iF Design Award

The iF Design Awards is a contest organized by iF International Forum Design since 1953 and is considered one of the world’s three leading design awards, together with IDEA in the United States and the Red Dot Design Awards also in Germany.