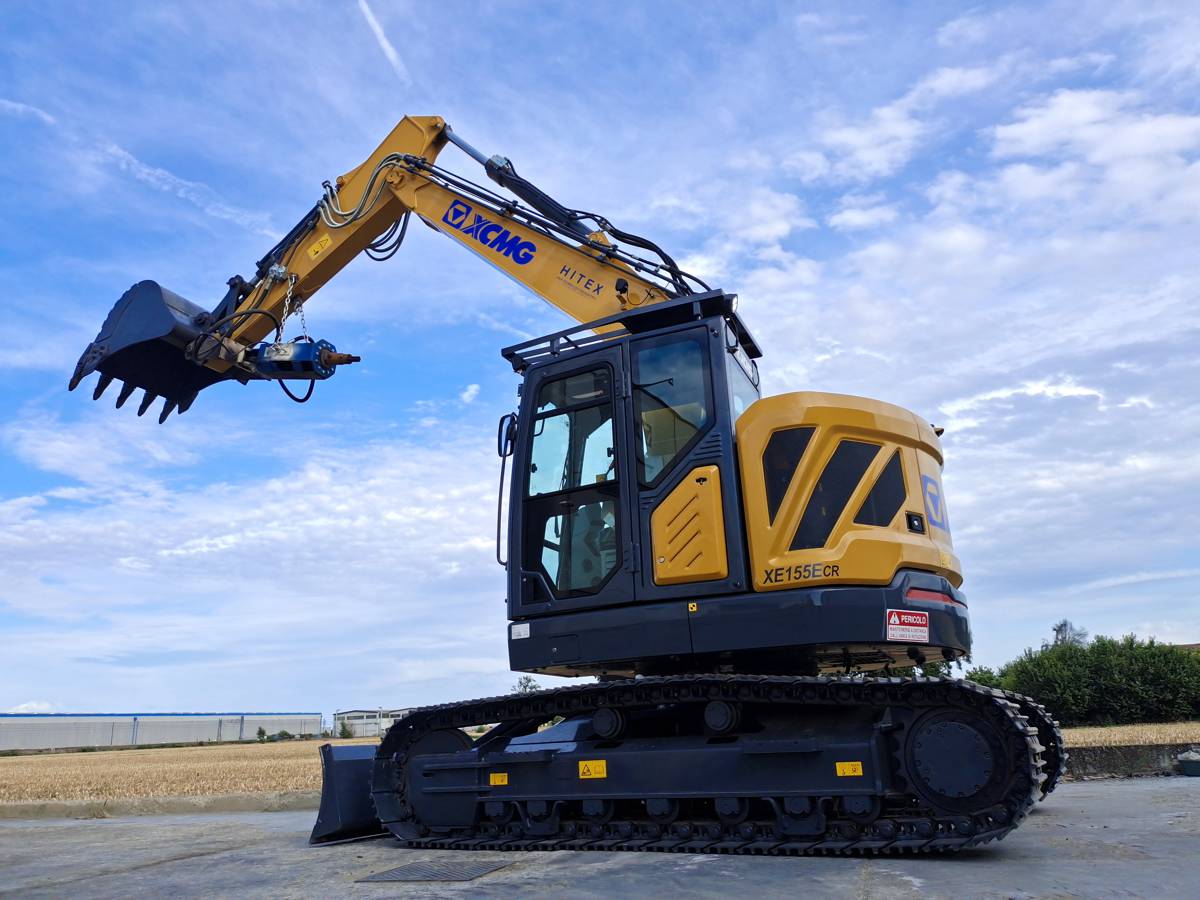 Environmental protection requirements are increasingly more stringent, and the demand for equipment replacement is huge. According to Emissions Control Technical Requirements of Non-Road Diesel Mobile Machinery, a standard issued by China’s Ministry of Ecology and Environment, starting from December 1, 2022, all off-road mobile equipment, as well as the diesel engines that run them, consuming 560KW or more, produced, imported and/or sold in China must meet the requirements.

XCMG believes that as environmental policies become stricter, equipment that does not meet emission standards will face measures such as limited geographical areas in which they can operate. The implementation of the National IV emission standard at the end of next year is expected to unleash a surge in replacement demand for all equipment that does not meet the standards.

“China’s top three construction machinery manufacturers launched a number of electric-powered models in 2021 and are expected to continue the trend in 2022. In addition, an increasing number of products will meet the standard certification required in international markets, further increasing the proportion of overseas sales of Chinese construction machinery brands,” said Wang Min, Chairman of XCMG.

The National IV emission standard is expected to be more widely implemented in China than previous standards. Compared with National III, the National IV emission standard will greatly alleviate the environmental pollution pressures on construction machinery equipment. According to the standard, the emission of nitrogen oxides and particulate matter must be decreased by 13%-45% and 50%-94%, respectively. Furthermore, rules concerning the management of old equipment in terms of environmental protection will be strengthened, which, in turn, will put pressure on all makers and users of such equipment to upgrade and/or replace.

High-powered diesel engines that consume a lot of fuel, are noisy and are big emitters of pollutants are extensively used in construction equipment and heavy-duty trucks. The pollution emitted by a heavy-duty truck can equal that of 100 passenger cars. There are currently some 15 million heavy trucks in use throughout the country, creating an annual fuel consumption equivalent to upwards of 200 million cars.

Electric power is an important tool to deploy if one wants to be a contributor to maintaining blue skies over China. During the NPC and CPPCC in 2020, Zeng Yuqun, a member of the national committee of CPPCC and chairman of Contemporary Amperex Technology (CATL), submitted a proposal to vigorously promote the electrification of construction machinery and heavy trucks with the goal of setting an example for industries worldwide in the quest to keep the world’s skies blue.

The need for the electrification of construction machinery and heavy trucks is becoming ever more pressing. According to Chen Quanshi, a noted professor at Tsinghua University, the time for such electrification has arrived. The following factors all come into play:

Clean energy equipment from China’s leading construction machinery brands launched in succession over the course of 2021.

Clean energy solution isn’t only about electric machines. In addition, XCMG has taken the lead in launching a hydrogen energy industry chain, and recently won the world’s largest ever hydrogen-powered heavy truck order. Under the agreement, XCMG will provide 200 hydrogen-powered tractors for Ejin Horo Banner, a vast region in China’s Inner Mongolia.

XCMG has developed a line-up of hydrogen fuel tractors and dump trucks, which are similar to traditional fuel vehicles in the method of operation while also delivering fast energy refill, long service life, zero emissions and zero pollution. An XCMG hydrogen-fuelled tractor can be used for all medium and long-distance transportation needs in complex road conditions. The range can be up to 400-500 km at one time when filled with hydrogen fuel, creating another green solution, alongside EVs with swappable batteries, that also solves range anxiety.

XCMG, in concert with Aleisi Hydrogen Energy Technology and Sunrise Power, has concluded an investment agreement on a cooperation project involving electric and hydrogen-powered vehicles with the government of Ejin Horo Banner.

The 2.3 billion yuan (approx. US$361 million), 330,000-square-meter facility will be built in three phases over the next five years, gradually creating a closed-loop industry chain based on renewable and sustainable energies, encompassing manufacturing of equipment for EVs and hydrogen-powered vehicles as well as smart mining, hydrogen fuel cell engines and smart mining equipment, to create a closed-loop new energy industrial chain.

In addition to hydrogen-powered heavy trucks, electric heavy trucks have also been gaining traction. In June of this year, XCMG and Tanghong Heavy Industries signed an agreement for 1,500 heavy trucks powered by sustainable energies and delivered a batch of E700 pure electric tractor swapping versions at the signing ceremony. The trucks were selected based on their ability to meet the operation needs in six scenarios in which Tangshan is involved: power plants, mines, heavy industries, ports, civil engineering in urban environments and land-and-water coordinated transport.

Based on actual operation scenarios, the cost for a new energy heavy truck can be returned in about two years, similar to that of traditionally fuelled cars. In addition, due to the low maintenance cost, buyers may save more than 100,000 yuan (approx. US$ 16,000) each year with XCMG electric and hydrogen-powered heavy trucks. To ensure seamless swapping out of batteries in heavy trucks.