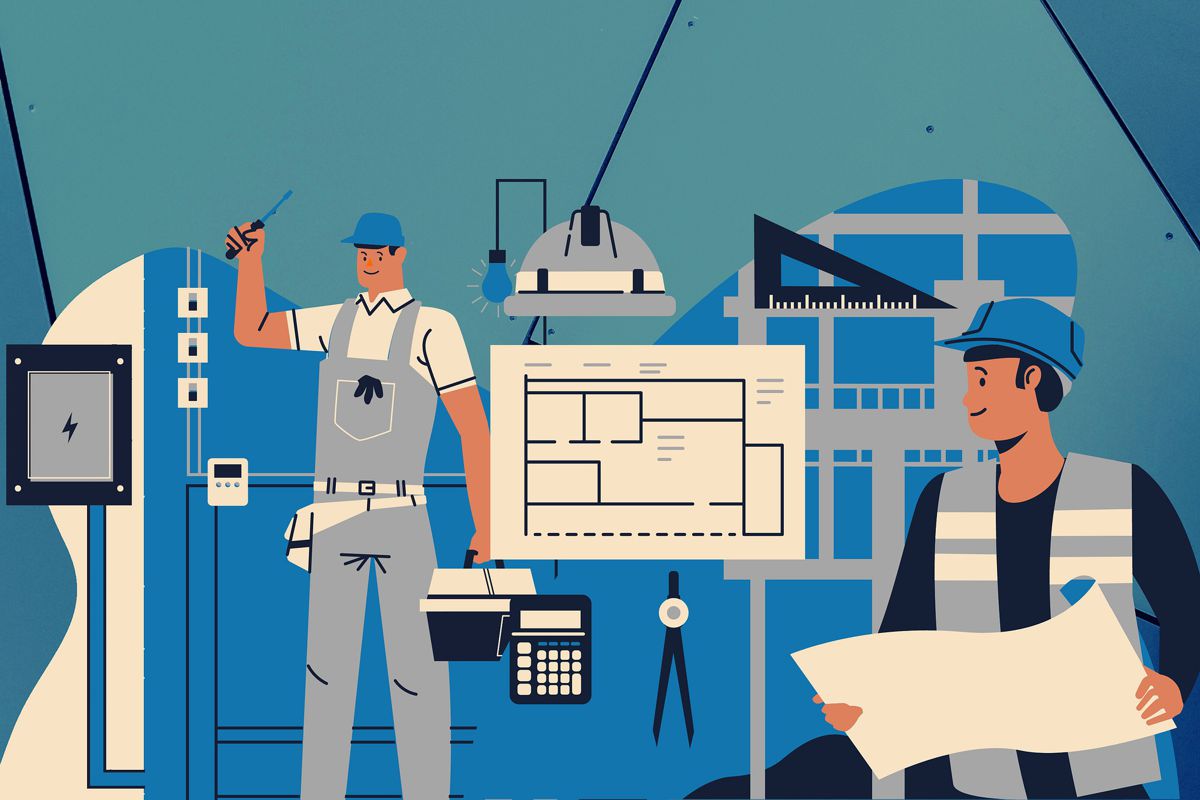 Cost pressures, inflation, materials and skills shortages, pipeline delays and now the threat of recession – it’s a wonder the construction industry in the UK has not gone to lay down in a darkened room.

And yet, not only is the sector continuing to operate as close to normal as is possible in these strangely abnormal times, but it also appears to be looking forward to the future with something approaching optimism.

According to the latest survey by the Royal Institution of Chartered Surveyors (RICS), activity within the sector continues to rise, driven mainly by infrastructure projects and the ongoing development of public and private sector housing.

In the three months to April – the most recent period for which figures are available – 22% more construction companies reported a rise in workloads than reported a fall, up marginally on the previous quarter.

At the same time, 34% more reported a rise in infrastructure workloads than reported a fall, and the net balances for private housing and public housing were +28% and +27% respectively.

A ghost at the feast appeared in the form of another report which suggested the speed of recovery may be losing momentum amid weaker new order gains.

The S&P Global/CIPS UK Construction Purchasing Managers’ Index (PMI) Survey for April noted that higher costs and concern about the economy were acting as a brake on demand.

And yet, despite the current challenges, construction firms north of the border appear to be comparatively optimistic for the year ahead regarding workloads, according the RICS, with a net balance of +34% expecting workloads to rise in the next 12 months.

Based on current levels of activity, there may be some justification for such confidence. Of the three main contributors to the industry, the commercial sector remained the busiest, followed by civil engineering – boosted by infrastructure projects – and then residential, according to the S&P Global survey.

But anyone who has worked in business for at least a couple of economic cycles will testify, things can quickly change and it’s perhaps worth noting that both surveys were conducted before Andrew Bailey, the governor of the Bank of England, signalled that by next year the UK economy may have started to contract – perhaps presaging the country’s first recession since 2009 – with inflation potentially rising to 10%.

Already there are cupped whispers about the prospect of stagflation – an economic catastrophe last seen in the UK in the 1970s, combines a stagnant economy with unchecked inflation.

Tellingly, expectations for growing profit margins in the coming year are negative among construction firms, with a net balance of -9%, influenced principally by the impact of global supply shortages, rising costs and a lack of skilled workers which are all impacting on activity.

When it comes to labour, 57% of RCIS survey respondents said they were experiencing a shortage of quantity surveyors, while 50% reported shortages of other construction professionals and 54% pointed to a lack of labourers.

Persistent complaints have centred on cost Inflation and a lack of availability of materials while some point to difficulties in attracting apprentices due to demand from the oil, gas industries.

Suppliers said they had struggled to keep up with demand for products and materials, with 45% reporting longer lead times, compared with only 2% who noted an improvement.

Supply chain delays are said to have been caused by shortages of staff, materials, and transport, with difficulties exacerbated by delays at ports and the war in Ukraine.

Survey respondents also noted that the removal of red diesel subsidies had pushed up costs. The overall rate of purchasing price inflation accelerated to its fastest since September 2021.

Such is the scale and scope of price rises, the Construction Industry Collective Voice (CICV) was prompted to reassure clients that they have been caused by global events, rather than ‘profiteering’.

Some customers, the industry body said, had raised concerns about the increasing costs of construction projects which it put down to a ‘perfect storm’ caused by the war in Ukraine, energy price hikes, the impact of Brexit and fallout from the Covid pandemic.

Construction companies have been forced to shoulder the increases, particularly for materials, and they had no choice but to pass the rises on to clients.

“But it is not profiteering – it is a necessity for these businesses to survive,” it said. “This is a really challenging time for all in the construction supply chain with costs rising, often at short notice.  The critical thing now is that we work together as a supply chain.”

That is certainly something we can and should all agree upon.

Article by Ryan Gilluley, Managing Director of GCM Ltd, a Lanarkshire-based firm of cost consultants, claims and disputes experts for the construction and engineering sectors.

0 0 0
Previous : MIT develops portable Desalination Unit to transform Seawater into Drinking Water
Next : Trevi piles in to the new Rapid Transit MRT Line 7 in the Philippines