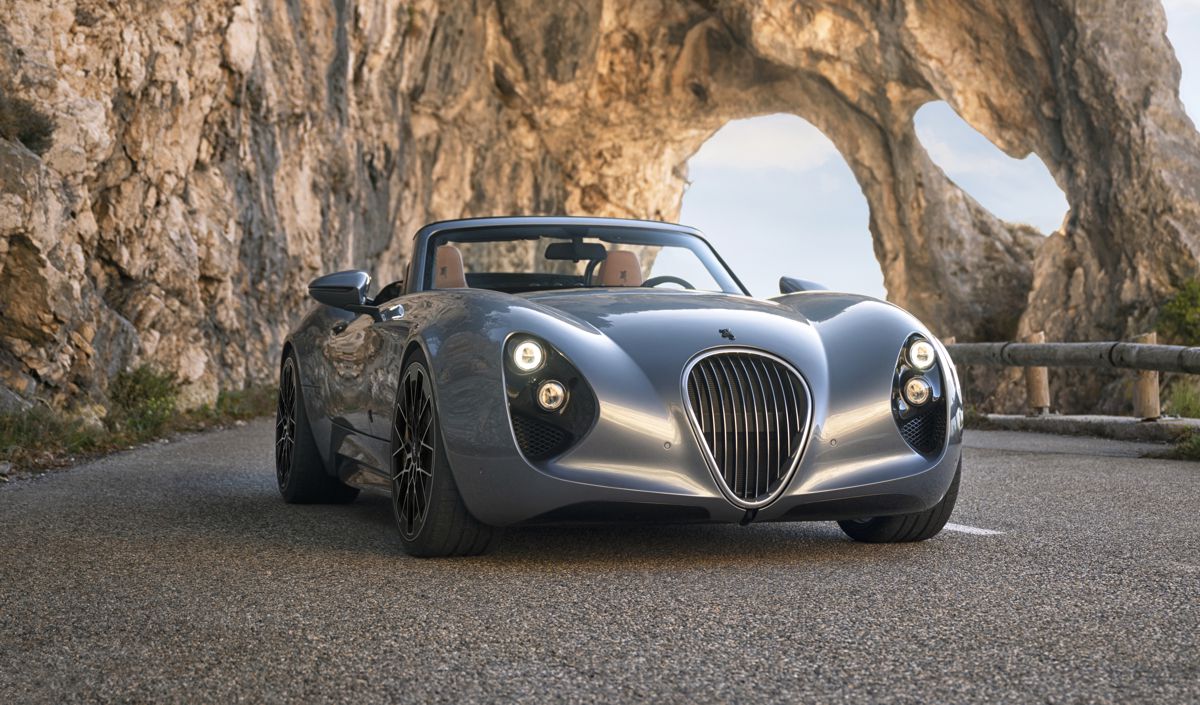 Wiesmann, the luxury sports car marque, has revealed further technical details of its highly-anticipated all-electric vehicle codenamed Project Thunderball – a vehicle that represents a return for the iconic brand with the world’s first electric convertible roadster.

Designed with Wiesmann’s DNA running throughout, the car is an evolution of the exclusive German brand’s history combining the distinctive, sleek, looks of a Wiesmann with a modern, highly engineered, electric powertrain providing breath-taking performance. 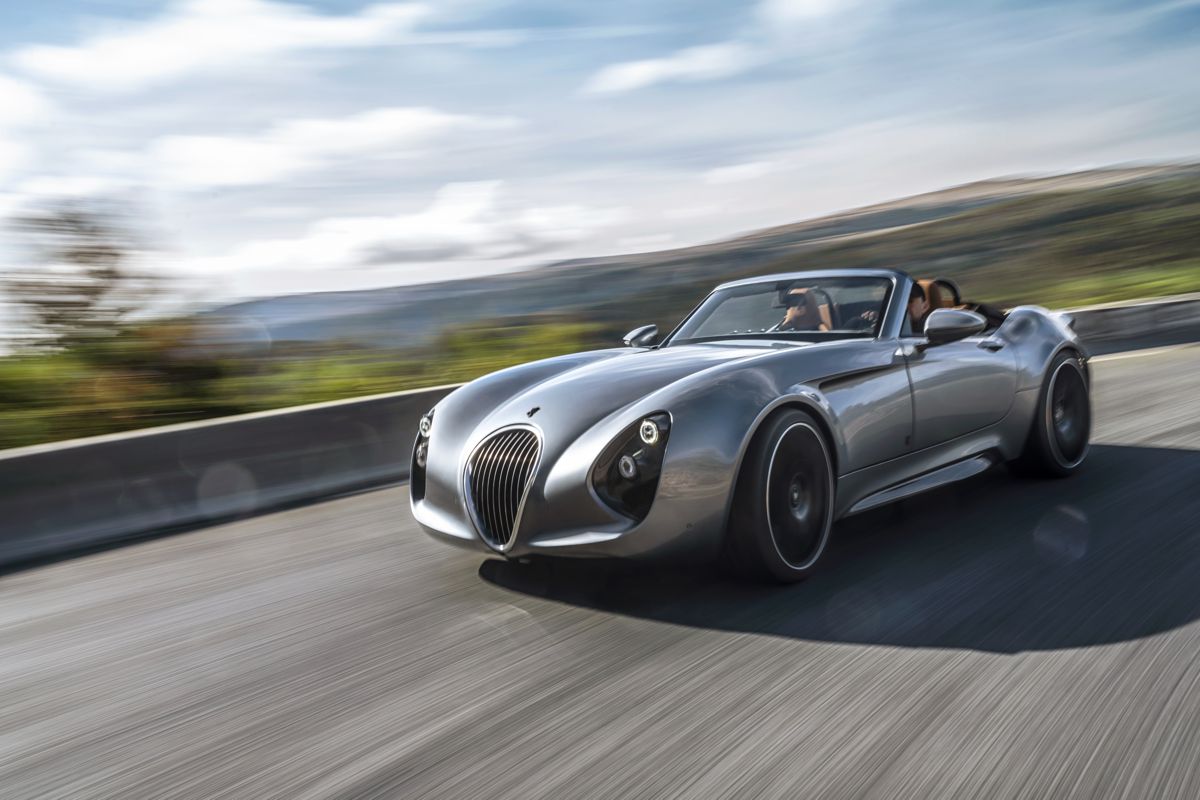 Wiesmann’s precise engineering of the cutting-edge electric powertrain is key to delivering an emotional driving experience that is a trademark of Wiesmann sports car, embodied in timeless design that befits a performance EV of the modern era. 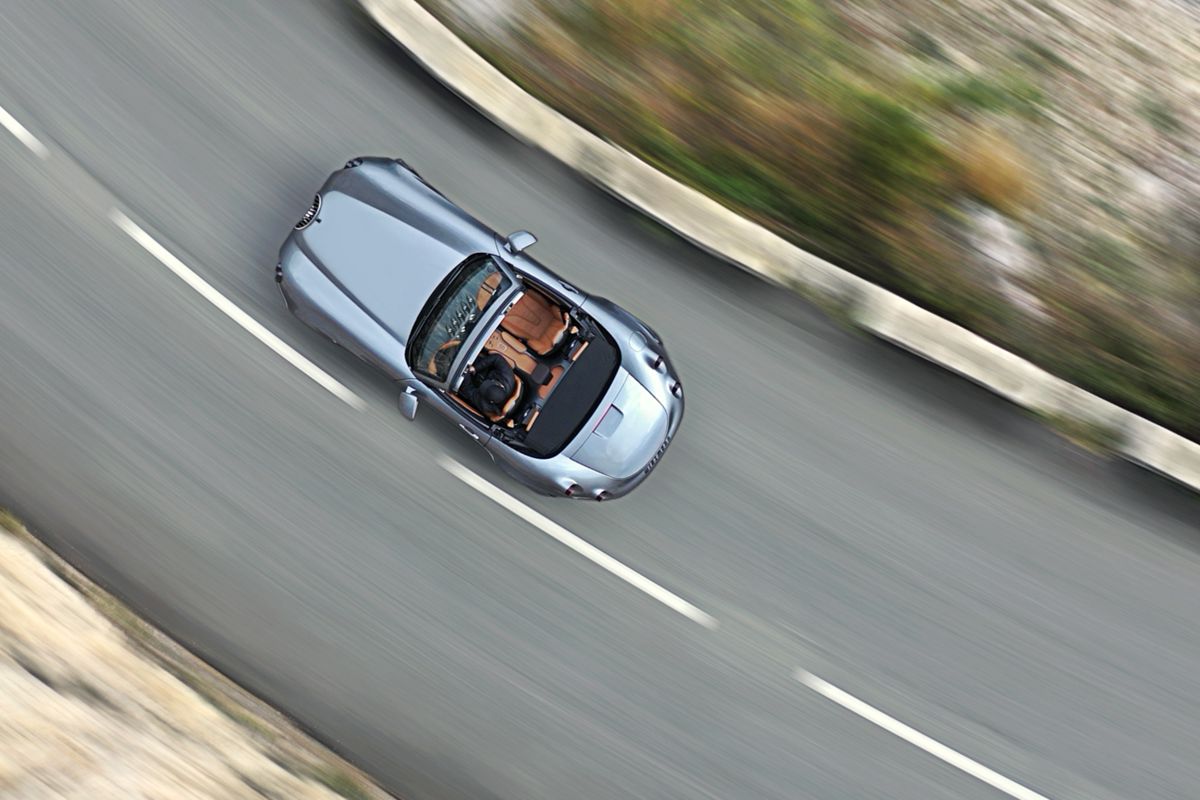 Project Thunderball has been built on a bespoke chassis architecture with its powertrain components cleverly packaged to provide the lowest possible centre of gravity.

To keep the typical roadster proportions, the position of the driver and passenger are positioned as far backward as possible, presenting a challenge to integrate the drivetrain and large battery into the vehicle’s small footprint. 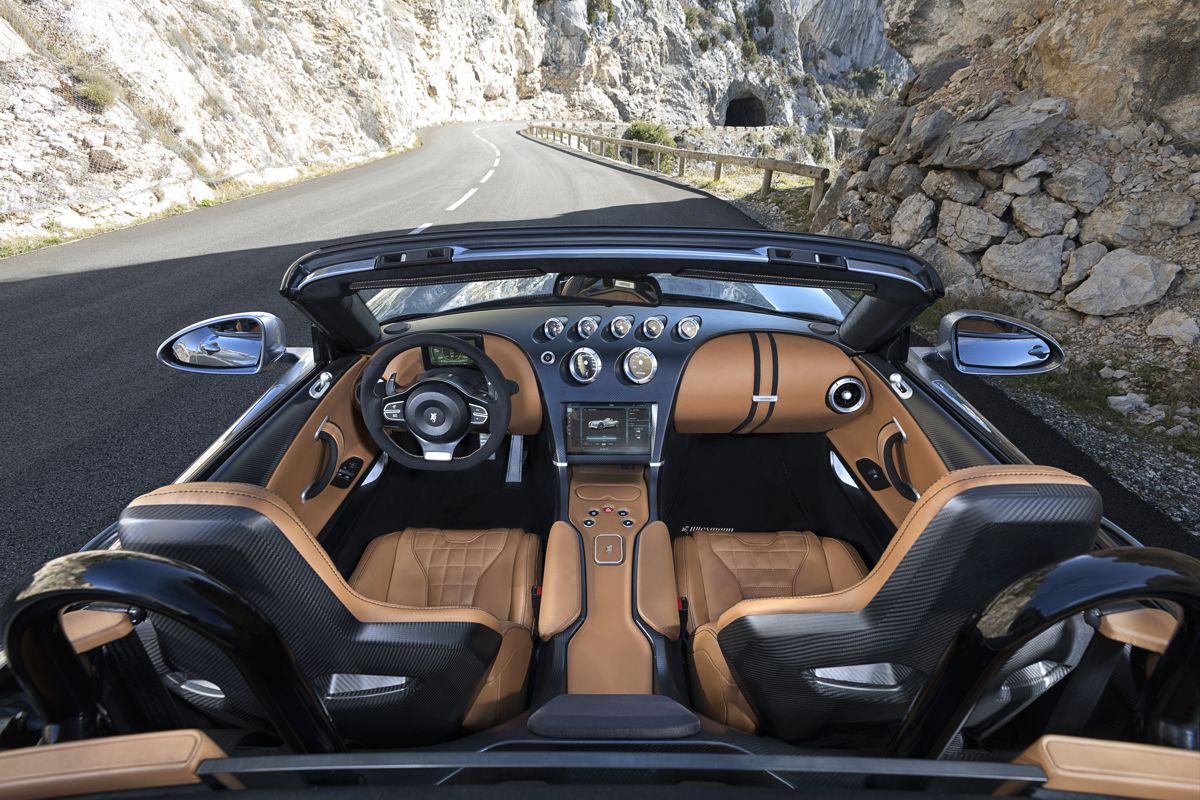 The challenge was welcomed by its engineers who have pushed the limits of architecture configuration by locating the drivetrain behind the driver’s seat and battery modules in a T-shape along the centre tunnel and into the front of the vehicle along with the twin Axial flux, PMSM e-motors.

With lightweighting key to efficiency, the vehicle’s powertrain combined with its carbon fibre body astonishingly weighs in at little more than 1700kg (3747lb), providing an outstanding 2.5kg per HP of performance. 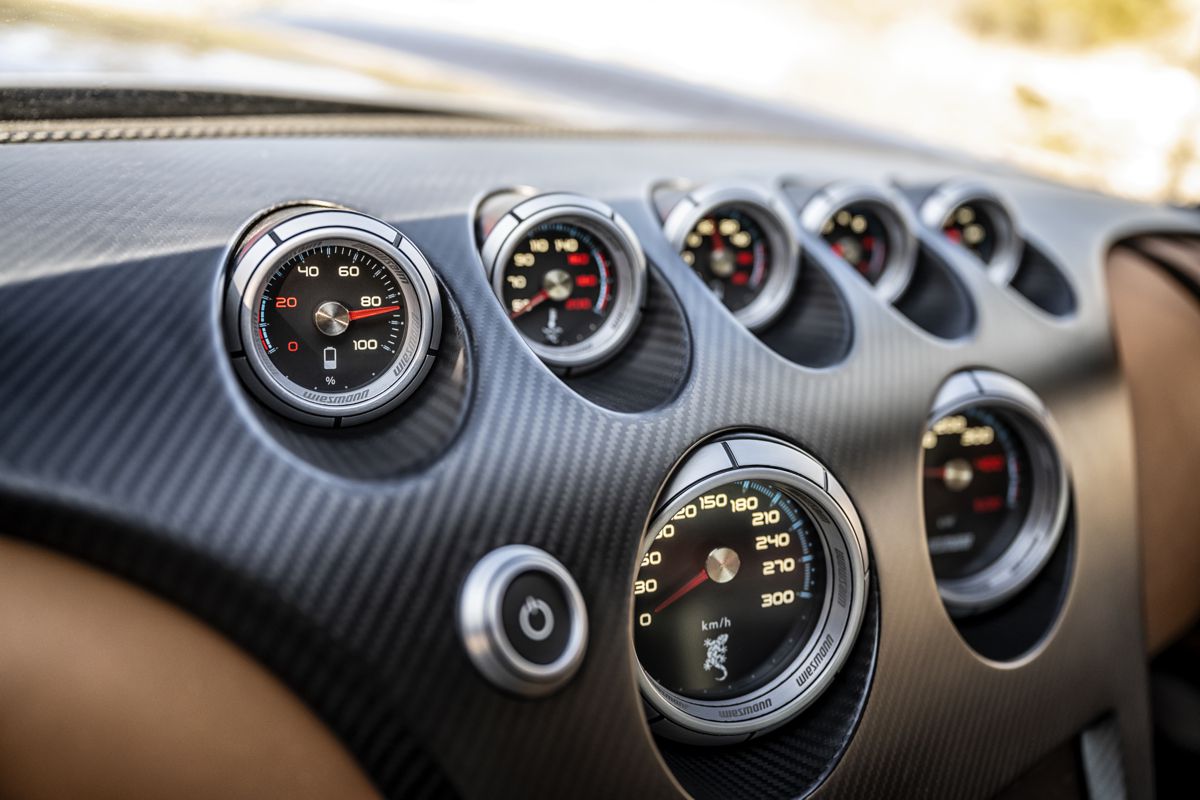 At the heart of the vehicle lies one of the most energy and power-dense battery packs available, providing a target range of 500km (310 miles). The 92kWh (83kWh available), Li-ion NMC, “module-to-pack” technology is based on series modules with integrated pouch cells, which in total weigh a very lightweight 500kg,

The impressive battery capacity is uniquely high for a roadster and more akin to that of a sedan or SUV. Installing this capacity into a roadster will bridge the gap from a pure short-trip leisure car to a serious weekend car. In addition to this, owners can forget about charging anxiety thanks to its state-of-the-art 800V high-voltage architecture enabling ultra-rapid 300kW DC fast charging at a public charger or charging domestically via its 22kW onboard charger. Charging is provided via a standard Type-2 charging port with AC- and DC charge ports. 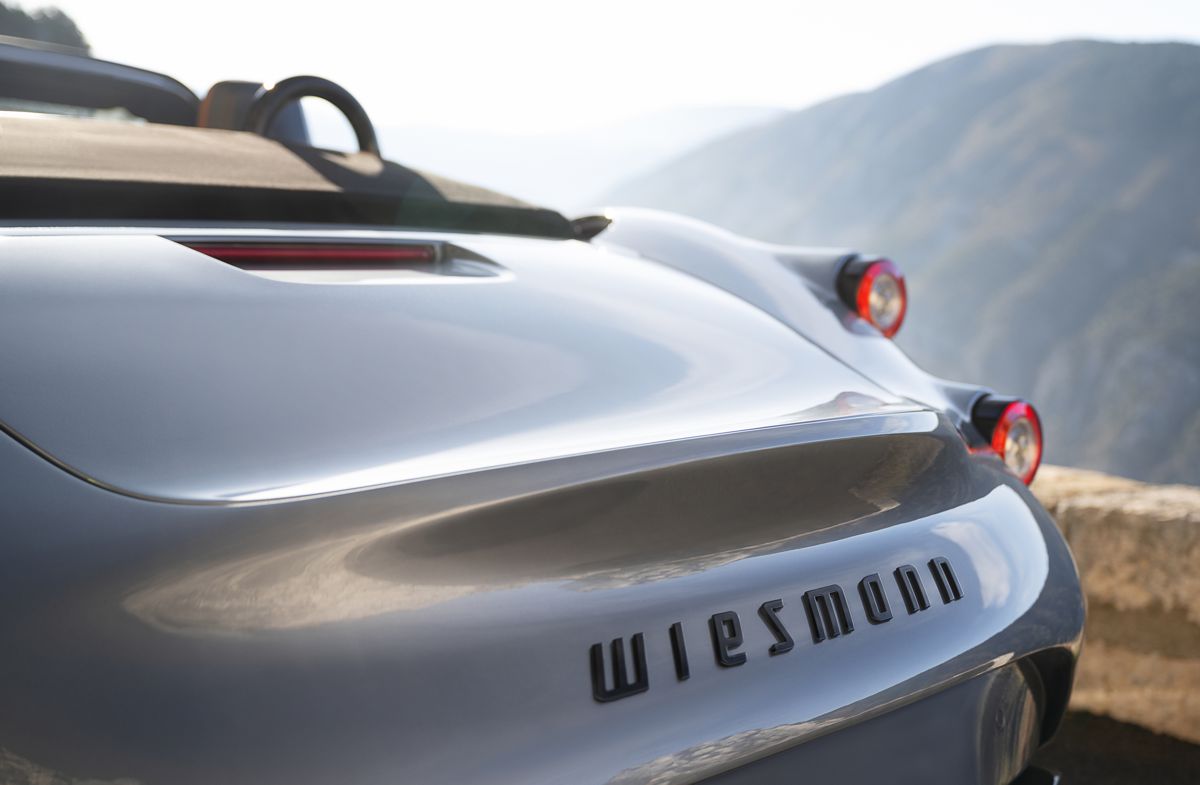 To keep the battery performing at such a high level, Wiesmann engineers have developed a sophisticated thermal management system for the battery module. Using a water-glycol mix, the modules are cooled via a bespoke designed, flow-simulated and optimized cooling plate, which transfers the heat to the base of the module as quickly as possible.

A bespoke Battery Management System [BMS] has also been developed, which has given Wiesmann engineers the freedom to adjust, calibrate and fine-tune the vehicle’s drivability that is optimised for all driving states and ambient conditions. 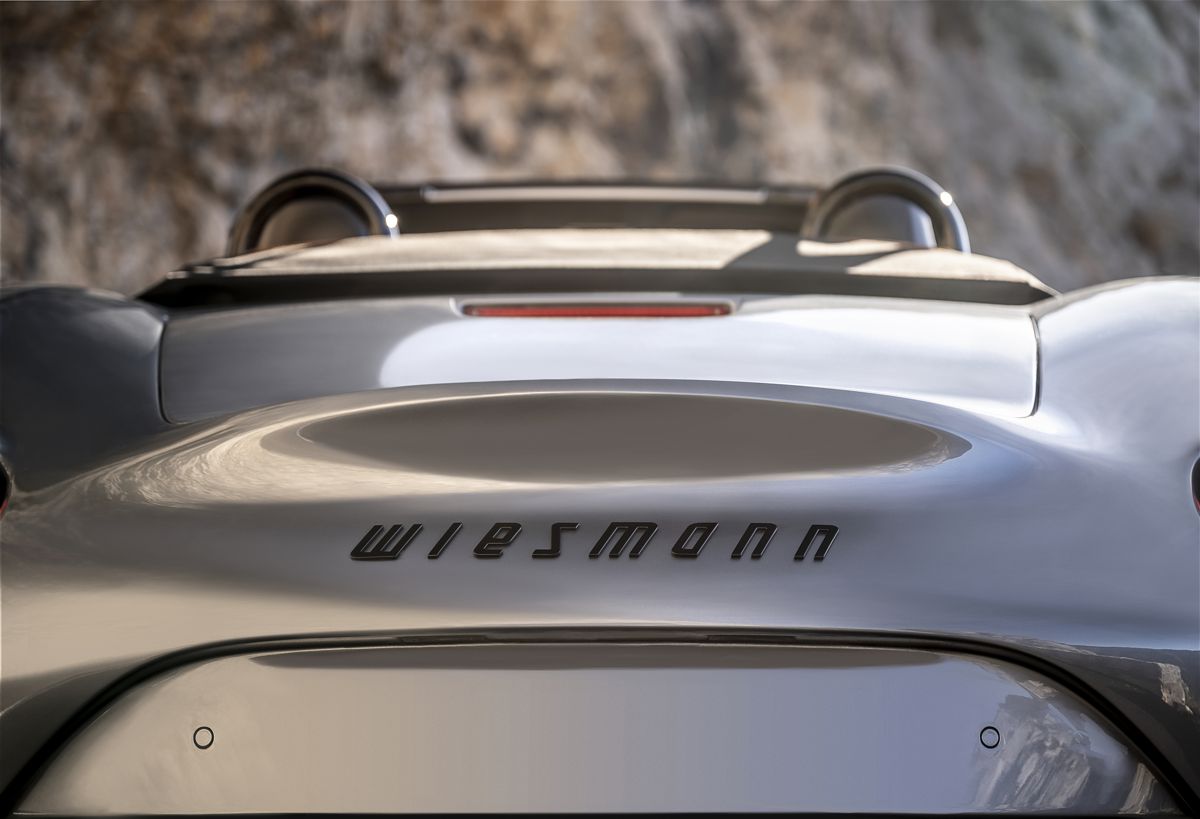 Wiesmann’s mission with Project Thunderball is to imbue its sports car with the emotion and immersive feel so many modern EVs lack. To create that incomparable driver-orientated Wiesmann experience, and to implement their own idea of how an emotional EV drives, a unique Intelligent Regenerative Braking System has been specifically developed.

With five setting levels available, the steering wheel-mounted paddles allow instant adjustment of the car’s regenerative braking power, much like the shifting of gears on an ICE car, so drivers are more involved.

As well as providing driving pleasure, the driver can change the twin electric motors’ feel to give a powerful engine braking effect when going downhill or braking into corners, which recharges the battery to regain additional range, and allowing optimum use and minimal waste of energy. 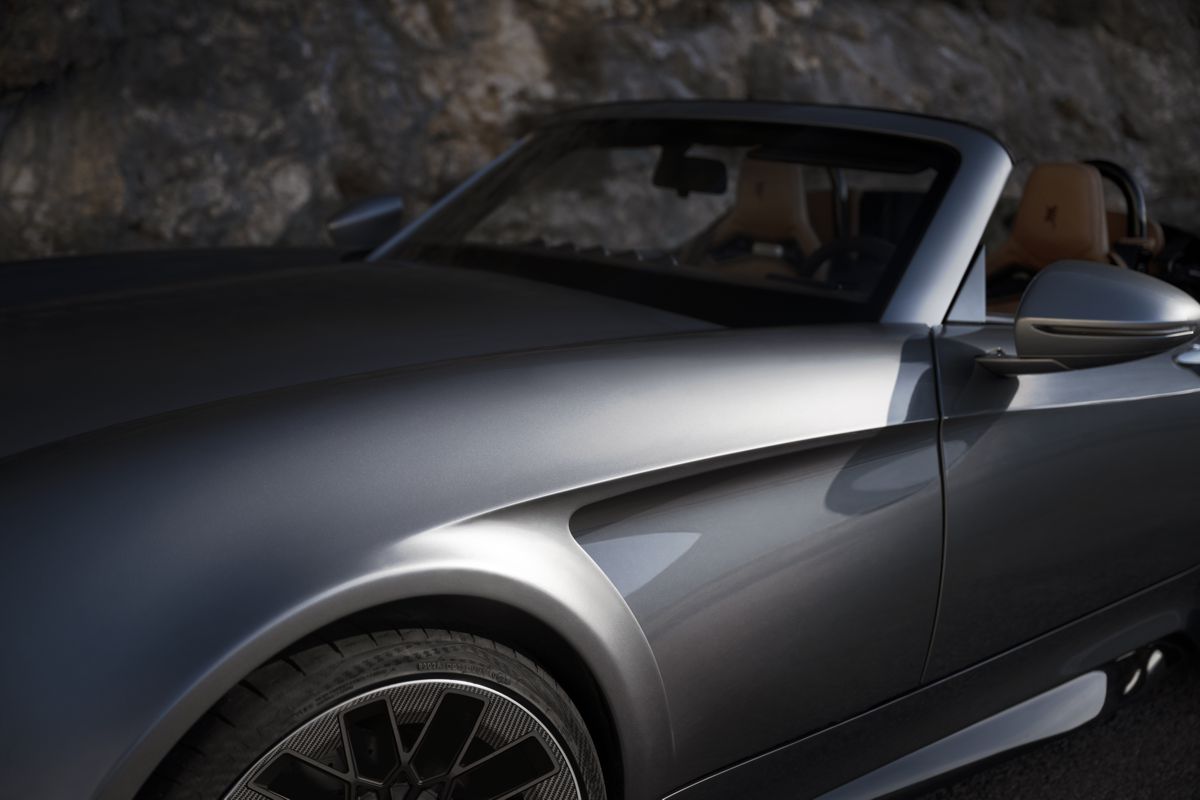 The return of Wiesmann

Roheen Berry, CEO of Wiesmann, said: “The continued development of Project Thunderball is bringing Wiesmann ever closer to the goal of producing what will be the world’s most exciting electric sports car. Thanks to endless research and testing, the roadster will blend our bespoke cutting-edge powertrain technology with Wiesmann’s trademark German engineering excellence. We are putting the emotion back into EVs. Which is why technology has been a key part of this project, creating a vehicle that not only has the stunning looks of a true Wiesmann, but also drives like a world-class sports car.

“I am equally pleased to say that we have had an enthusiastic response from customers. Since opening the reservations list at the end of September, we have ¾ of the first year of production slots allocated, proof that they are just as excited about the new technology in Project Thunderball as we are.”

Production of Project Thunderball will take place at Wiesmann’s ‘Gecko’ factory, a stunning state-of the-art facility in Dülmen, Germany. Project Thunderball will be carefully crafted by many of the team which helped grow this iconic German brand, the last truly independent European sports car marque remaining today, alongside some fresh new talent, using the most modern production technology while retaining Wiesmann’s reputation for bespoke German coachbuilding expertise of the highest order.

The all-new Project Thunderball will build upon this legacy, with its classic luxurious interior and everything a driver could need in an electric sports car presenting a unique package which will only appreciate in value over time and be passed down from generation to generation.