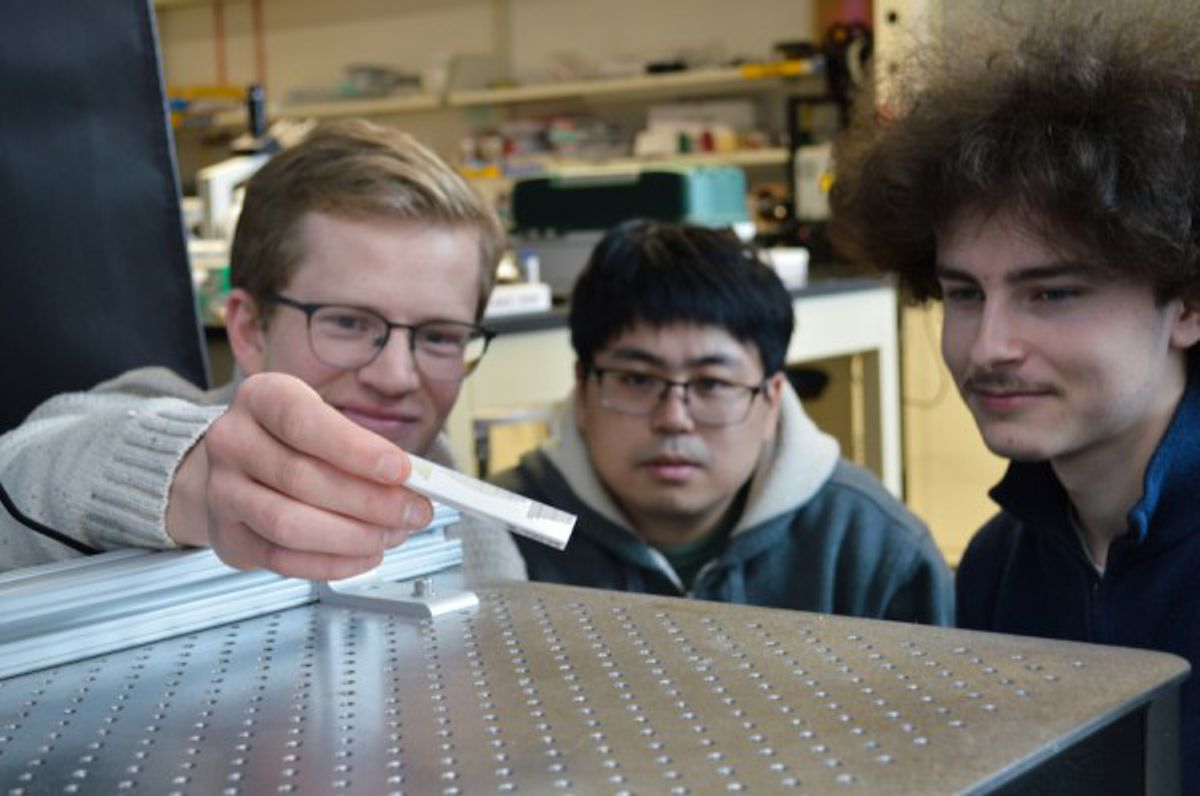 Photo Credit To University of Minnesota College of Science and Engineering

University of Minnesota Twin Cities researchers have discovered a new method to move objects using ultrasound waves. The research opens the door for using contactless manipulation in industries such as manufacturing and robotics, where devices wouldn’t need a built-in power source in order to move.

The study is published in Nature Communications, a peer-reviewed, open-access scientific journal.

While it’s been demonstrated before that light and sound waves can manipulate objects, the objects have always been smaller than the wavelength of sound or light, or on the order of millimetres to nanometres, respectively. The University of Minnesota team has developed a method that can move larger objects using the principles of metamaterial physics.

Metamaterials are materials that are artificially engineered to interact with waves, like light and sound. By placing a metamaterial pattern on the surface of an object, the researchers were able to use sound to steer it in a certain direction without physically touching it.

“We have known for a while that waves and light and sound can manipulate objects. What sets our research apart is that we can manipulate and trap much bigger objects if we make their surface a metamaterial surface, or a ‘metasurface,’” said Ognjen Ilic, senior author of the study and the Benjamin Mayhugh Assistant Professor in the University of Minnesota Department of Mechanical Engineering. “When we place these tiny patterns on the surface of the objects, we can basically reflect the sound in any direction we want. And in doing that, we can control the acoustic force that is exerted on an object.”

Using this technique, the researchers can not only move an object forward but also pull it toward a source—not too dissimilar from the tractor-beam technology in science fiction stories like Star Trek.

Their method could prove useful for moving objects in fields like manufacturing or robotics.

“Contactless manipulation is a hot area of research in optics and electromagnetism, but this research proposes another method for contactless actuation that offers advantages that other methods may not have,” said Matthew Stein, first author on the paper and a graduate student in the University of Minnesota Department of Mechanical Engineering. “Also, outside of the applications that this research enables, expanding upon our knowledge of physics is just a very exciting thing to do in general!”

While this study is more a demonstration of the concept, the researchers aim to test out higher frequencies of waves and different materials and object sizes in the future.

“In a lot of fields of science and engineering, robotics especially, there is the need to move things, to transfer a signal into some sort of controlled motion,” Ilic said. “Often this is done through physical tethers or having to carry some source of energy to be able to perform a task. I think we’re charting in a new direction here and showing that without physical contact, we can move objects, and that motion can be controlled simply by programming what is on the surface of that object. This gives us a new mechanism to contactlessly actuate things.”

This research was supported by the Minnesota Robotics Institute and the Air Force Office of Scientific Research.

Post source : University of Minnesota College of Science and Engineering