TerraVision GPR could be the new hero of Autonomous Vehicles

TerraVision GPR could be the new hero of Autonomous Vehicles

The LGPR technology was originally developed at MIT Lincoln Laboratory for military applications and is designed to help navigate even in the worst driving conditions on the planet. It works by sending radio waves into the ground, creating a digital fingerprint of the subsurface. This underground map of soils and rocks becomes the reference to guide autonomous vehicles. The benefit? LGPR is unaffected by above-ground conditions like snow, fog, rain, dust – conditions that present huge challenges to the usual AV sensors.

Since this product is licensed from the Massachusetts Institute of Technology under U.S. Patent No. 8,949,024 for prototype or demonstration purposes, it is intended for OEMs and Tier 1 companies who aim to solve the hardest problem remaining for autonomous navigation – the weather.

Developers are now seeing solid results in all weather conditions using TerraVision, the worlds’ first commercial LGPR. In late June, TerraVision successfully integrated into Level 2 test automation in a closed loop field trials in Devens, MA. Level 2 is defined as control of both steering and acceleration, where a human sits in the driver’s seat and can take control of the car at any time. “GSSI is proud to be conducting autonomous driving tests with this technology. It’s only the second time this has happened with this commercial technology thus far,” said Dr. Babak Memarzadeh, TerraVision Project Lead, “and we can clearly see significant improvements since our first attempt.”

Years of experimental testing at MIT has proven LGPR’s potential. Now, it is benefiting from the leading GPR company to make performance improvements with faster hardware, smarter software, and smaller mechanical design. For example, GSSI completely redesigned the RF switching, cut the power requirements by a factor of 4, reduced emissions by more than 100x, significantly reduced the size, made it more weather-resistant, and improved performance. “Basically, we took a science project and turned it into a manufacturable product,” Dr. David Cist, GSSI’s VP of Engineering said. “The technology still has room to grow (shrink, actually), with plenty of fruitful real-world prototype testing yet to come. With our decades of experience in geophysics, and GPR in particular, we feel uniquely positioned to collaborate with OEMs and Tier 1s to prove out this new sensor,” Dr. Cist said.

GSSI has decided initially to focus overseas, given the uncertainties around FCC restrictions in the United States, and since they had been asked by several firms around the world to develop and test LGPR. This includes two large Japanese and German companies working on AV navigation. The performance testing in Germany may establish the technology’s effectiveness by year end. 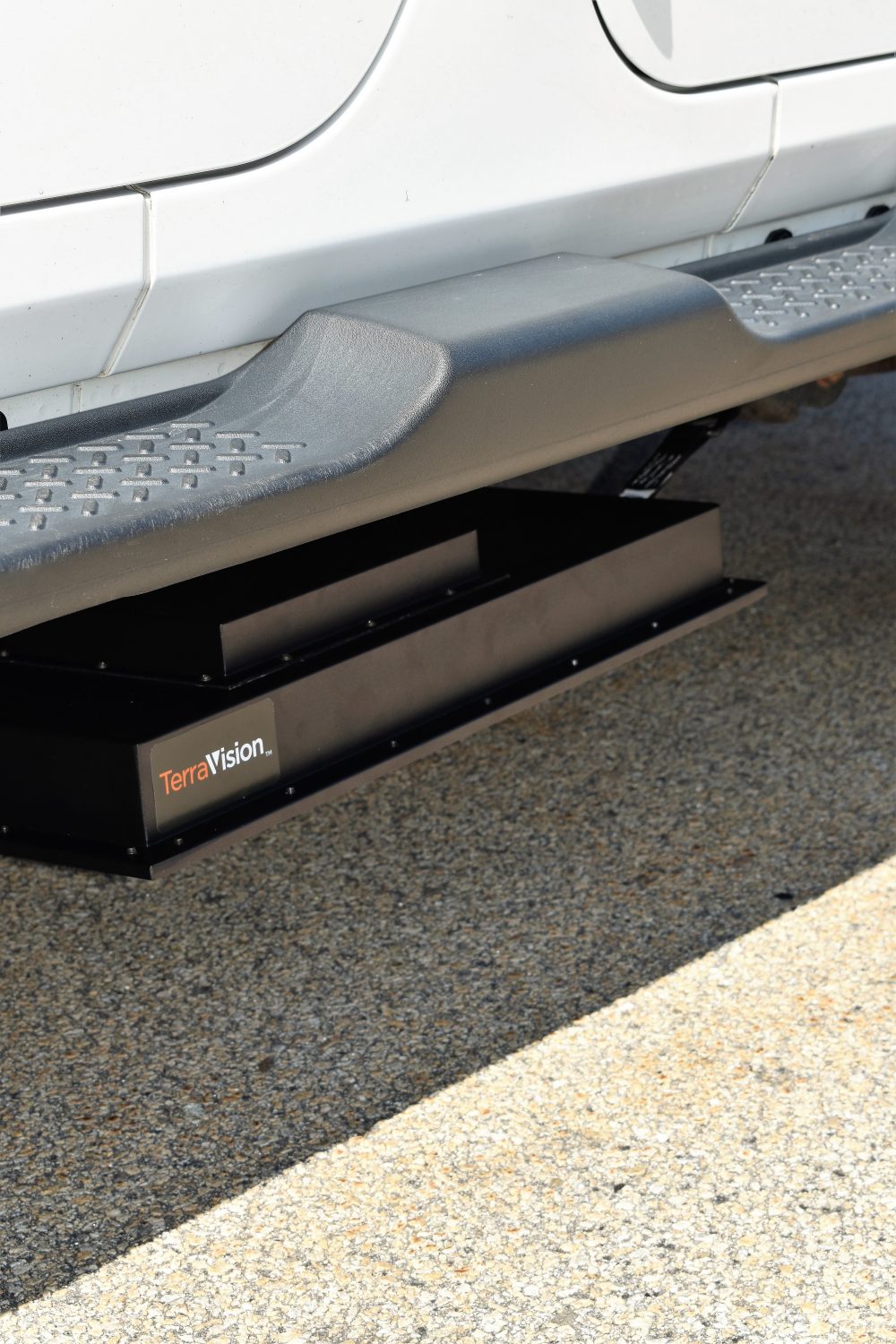 LGPR works by using radar to map underground rocks, soil layers, pipes and roots. Each 3m-deep slice image is surprisingly distinct. Stitching many of these images together creates a full 3D fingerprint that can be used by any LGPR-equipped vehicle to know exactly where it is. Since LPGR relies 100% on what’s under the road to navigate, it isn’t dependent on what’s going on above-ground: like snow, darkness, tunnels or even if there’s a road there at all.

Furthermore, with 50 years of know-how and data, GSSI can prove that GPR maps remain rock-solid for decades, and has the geophysics experience needed to make LGPR maps stable and reliable. LGPR testing has shown an in-lane localization accuracy at highway speeds of about 4cm – an accuracy equal to or better than other AV navigation sensors.

For example, GPS navigation can give about 30cm accuracy, except in cities, forests and tunnels. Other sensors, such as LiDAR, Radar, and cameras, scan the surface features of the road and its environment to achieve about 10cm accuracy, but navigation can easily break down in rain, snow, dust, fog and even fallen leaves. Testing in Texas, Arizona and California can solve important problems, but for real progress to be made, testing will have to be done in far less “friendly” locations. That’s where LGPR can help.

Adding LGPR for AV navigation would compensate for known sensor failure modes that put lives at risk. Creating the full map, above-ground and below, greatly raises the probability that autonomous vehicles can localize and navigate roadways in any conditions. If international LGPR field trials confirm MIT’s and GSSI’s results so far, it would be a huge win for the industry, since user AV acceptance requires fail-safe localization everywhere and in all conditions. 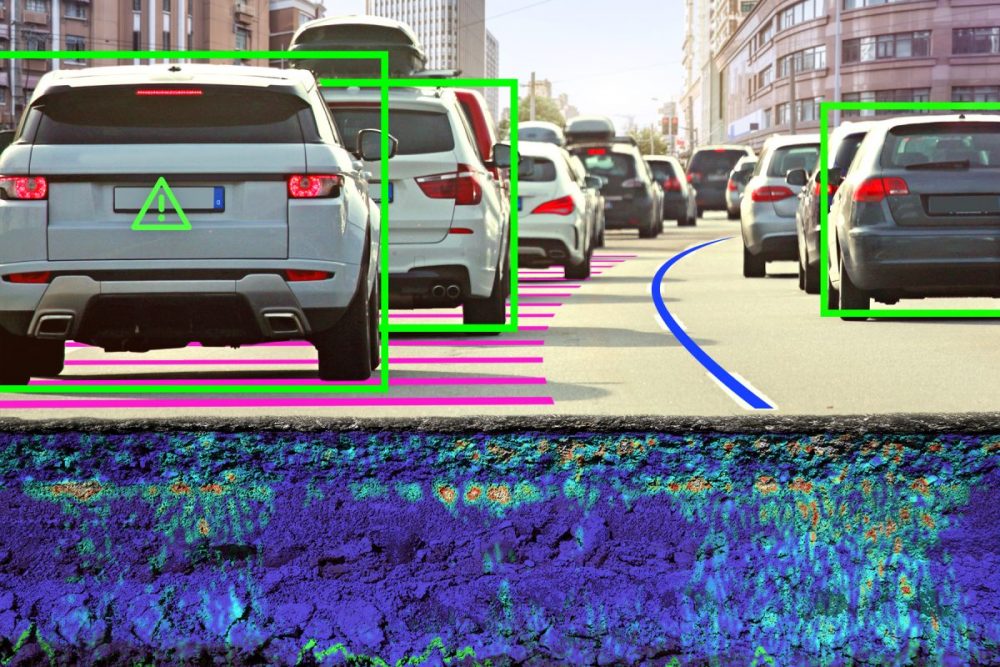 Geophysical Survey Systems, Inc. is the world leader in the development, manufacture, and sale of ground penetrating radar (GPR) equipment, primarily for the concrete inspection, utility mapping and locating, road and bridge deck evaluation, geophysics, and archaeology markets. Our equipment is used all over the world to explore the subsurface of the earth and to inspect infrastructure systems non-destructively. GSSI created the first commercial GPR system nearly 50 years ago and continues to provide the widest range and highest quality GPR equipment available today.

0 0 0 0
Previous : BigChange is afoot at GAP Hire Solutions
Next : Vision Mercedes Simplex blends heritage with the future of the brand