Last November Doosan Infracore unveiled ‘Concept-X’ at its Proving Grounds in Boryeong City, Korea, with more than 200 people in attendance including National Assemblymen, Mayor of Boryeong City, business executives from Bosch, ASI, LG U+ and PoteNit related to the development of Concept-X, representatives of government agencies, and scholars from various academic institutions.

Concept-X is a comprehensive control solution that can be used to survey worksite topography via 3D drone scanning, establish operational plans based on the topographical data, and operate construction equipment such as excavators and wheel loaders without human intervention. In short, Concept-X realizes the construction site of the future by having difficult construction work performed solely by equipment, leaving human personnel free to concentrate on more sophisticated analysis and management tasks. 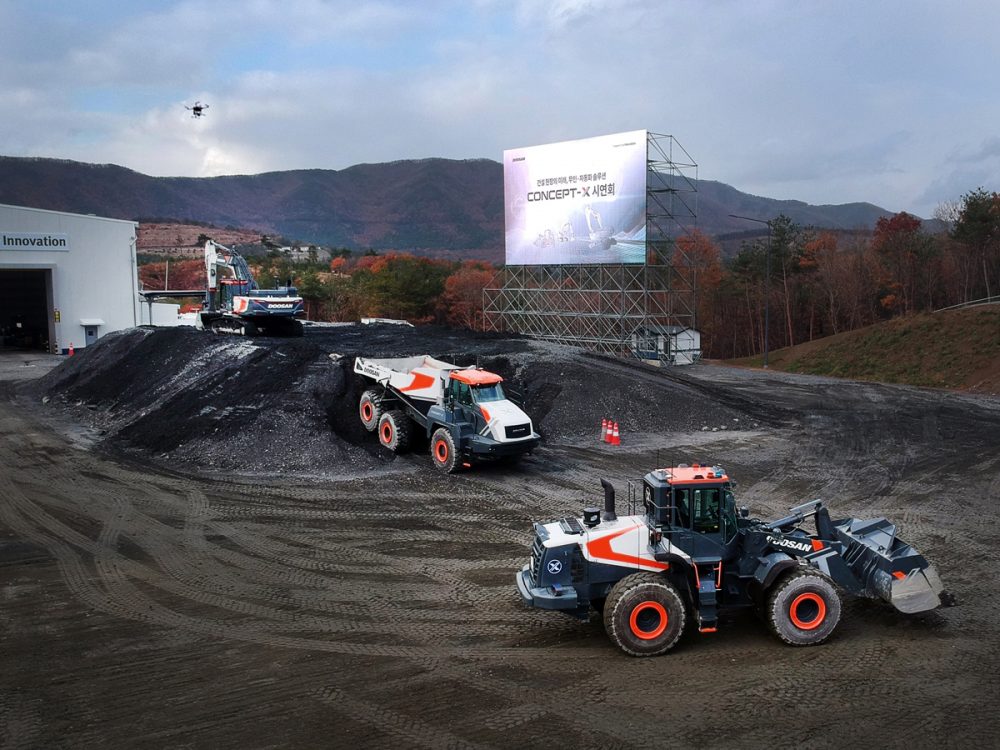 The new technologies introduced during the DI demonstration included a technology designed to create three-dimensional worksite maps with drone-surveyed data; a technology enabling construction equipment such as excavators and wheel loaders to perform optimized unmanned operations according to any site situation; and a technology that makes real-time monitoring of work progress possible through the X-Center’s comprehensive control solution. 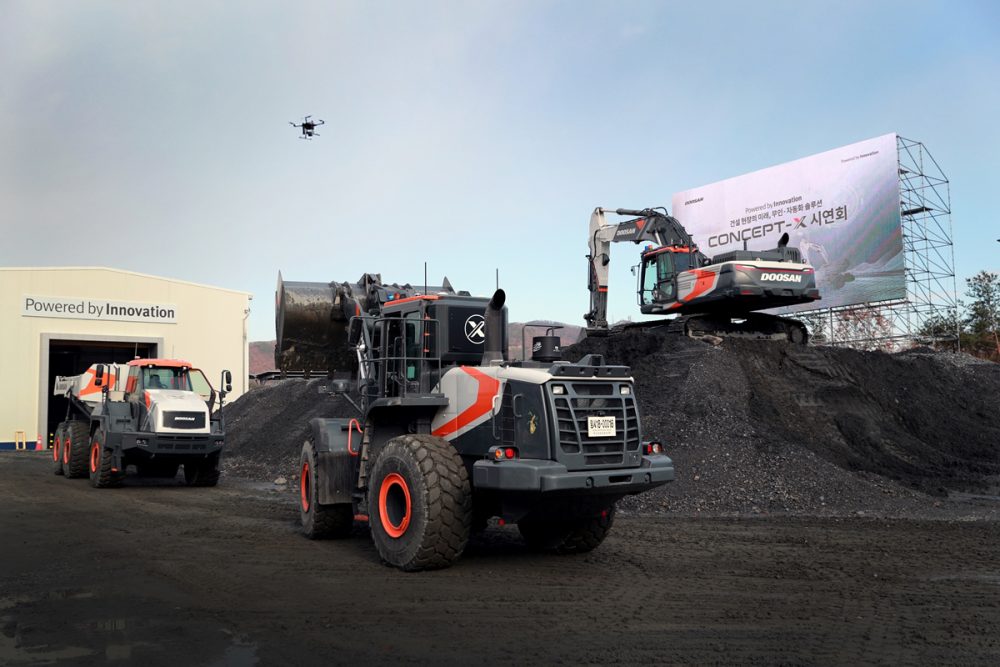 Doosan Infracore asserts that the solution will boost productivity and economic feasibility significantly by reducing the time and costs required for construction equipment operations, while continuing to make worksites safer. Doosan Infracore plans to commercialize Concept-X by 2025.

Pending its commercialization, Doosan Infracore will introduce each of the abovementioned technologies – including drone surveying, cutting-edge data analysis, and unmanned construction equipment operations and control – individually as soon as they have been fully verified. 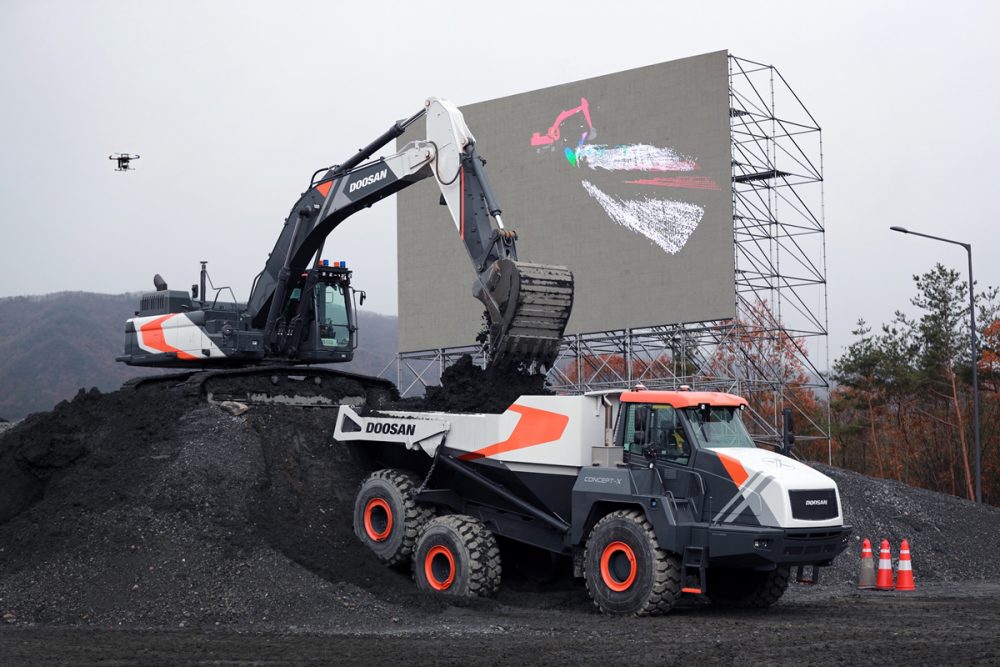 “Concept X is not just an unmanned technology: Rather, it integrates multiple state-of-the-art technologies that can respond immediately to all and any of the changes that may arise at construction sites simultaneously,” declared Doosan Infracore President & CEO Dongyoun Sohn. “It will become a human-centered technology that not only brings about remarkable improvements in economics but also creates more jobs in high-tech industries.”

In addition to its independent technology development, Doosan Infracore has pursued various forms of open innovation including collaboration with other companies and schools, as well as investment in startups. The company has engaged in industry-academic cooperation with Seoul National University, Yonsei University, and Hanyang University in order to develop new technologies related to AI-based construction equipment operations, drone 3D surveying, and operational data analysis. In 2018, Doosan Infracore, in partnership with LG U+, introduced 5G-based remote control technology for the first time in the world.