As the Northern Rail franchise this weekend moves into new ownership, leaders from across the North of England have said it is now ‘more important than ever’ that a ‘Thameslink-level’ of commitment is made to progress vital work at one of the North’s top rail congestion hotspots.

From March 1st Northern rail will be run by a public holding company, Northern Trains Ltd, under the Operator of Last Resort. The franchise will be ‘re-baselined’ to address performance and reliability issues which have plagued passenger services for the last two years.

But, with Network Rail infrastructure projects such as the Castlefield corridor still to be delivered, and levelling-up an agreed national priority – the North’s leaders believe the new operator will struggle to deliver promised enhancements to services unless vital work to improve capacity on the corridor is given full priority.

Now they have spoken out together on the need for work on the corridor to be signed off as a matter of urgency because of the impact it is having on journeys across the North.

They say rail services across the North of England are being severely affected by decades of under-investment, while spending on London’s Thameslink, another cross-city corridor, shows railways can be made fit for purpose if the investment commitment is made.

The Castlefield corridor faces comparable issues to some of those once faced by the Thameslink corridor. It is one of only three officially designated ‘Congested Infrastructure’ rail hotspots – and the only one still waiting for vital major investment.

In statutory advice issued to Grant Shapps MP, Transport for the North has called on the Government to:

It has also called for other urgent work, which could be delivered earlier, to take place now to help ease daily commuter misery for rail travellers across the region. 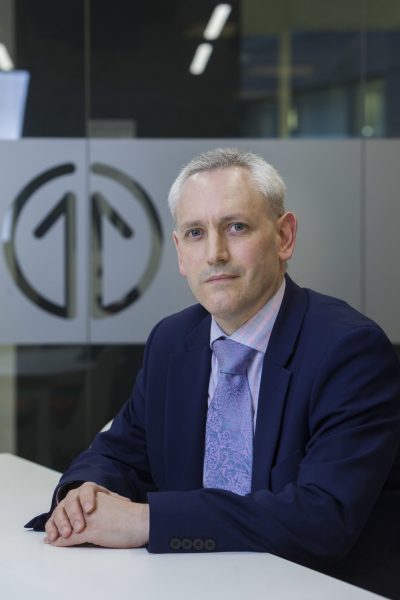 David Hoggarth, Strategic Rail Director for Transport for the North, said: “Every day the ripple effect from congestion in this corridor is felt across the North by tens of thousands of commuters. The network simply can’t cope with the demand being put on it.

“The fact is, a scheme designed to provide extra capacity on this corridor was planned for delivery between 2014 and 2019, but it has still not been delivered. If we are to truly address the issue of levelling up, then we need the same level of commitment that was given to Thameslink to be given to the Castlefield corridor here in the North.”

He said passenger numbers have trebled on rail services in the North over the last 20 years, and with additional services and capacity promised on the basis that the rail infrastructure would have been delivered, the pressure on tracks, platforms and signalling has now become unsustainable.

David continued: “The effects of this unreliability spread out, not just across the greater Manchester area, but across the whole of the North of England with services being delayed locally and then exporting that delay as far afield as Newcastle, Teesside, North and West Yorkshire, Lancashire, Cumbria, Merseyside, Cheshire and North Wales.

“Without resolving these issues it will not be possible to deliver a level of performance across the North of England that we believe is acceptable to the public.”

Mayor of Greater Manchester, Andy Burnham, said: “Thousands of passengers are impacted every day by delayed trains crawling through central Manchester. This has a knock-on effect for the whole of the North as services get delayed and platforms get overcrowded.

“Improving capacity on the Castlefield Corridor in Manchester is essential if we are going to fix the railways in the North. But, frustratingly, Network Rail and Ministers continue to put it off and drag their feet.

“Building two new platforms at Manchester Piccadilly has been reviewed multiple times by Network Rail and each review has concluded that the work must be carried out. If the Prime Minister wants an example of a “shovel-ready” project that will bring benefits to the entire North of England then he should commit to investing in the Castlefield Corridor in the forthcoming Budget.

Cllr Judith Blake, Leader of Leeds City Council and West Yorkshire Combined Authority Transport Lead, said: “I am fully supportive of the need to invest in the Castlefield corridor which is causing significant congestion across the North of England’s rail network, including for services in West Yorkshire.

“The disruption faced by rail passengers in the North is in part a consequence of a failure to invest in rail infrastructure improvements. Decades of underinvestment has left the North of England without the modern, reliable transport network which is needed if we are to achieve our economic ambitions and raise living standards for all our communities.

“We will continue to call on the government to also deliver improvements that increase capacity in Leeds station, as well as deliver HS2 in full and integrated with Northern Powerhouse Rail with a station in Bradford city centre. We are also calling for an upgraded trans-Pennine route which will help address the poor transport links between towns and cities in the North and Midlands.

“It is vital that all these projects are developed and delivered in full as part of an integrated and coordinated plan.”

Councillor Louise Gittins, Leader of Cheshire West and Chester Council said: “The inadequate infrastructure along the Castlefield corridor in central Manchester, together with the related long outstanding franchise commitments, are a major constraint to prosperity in Cheshire West and the wider West and Wales area.

“Journeys between North Wales, Cheshire West and the large urban area of Manchester are important to everyday lives and therefore improved service frequency and faster journey times are essential to our continued growth and levelling up. Significant investments are urgently required here to help rebalance the economy of the UK and to strengthen the union.”

David Sidebottom, Director at the independent watchdog Transport Focus, said: “Passengers tell us that their priority is a rail service they can rely on. More than anything else they need to get to work, home or further afield in a timely and reliable way.

“We want to hear when this long-promised improvement will get back on track. Government must now provide a plan, including this much-needed investment in infrastructure, to improve performance and tackle overcrowding to rebuild trust amongst passengers.”

Last Autumn Transport for the North made a call to the Government asking for commitment to a dedicated Northern Budget. The three key asks for the dedicated spending fund were: £7 billion to fund a Northern Infrastructure Pipeline of road and rail projects that could begin in the next five years, £39 billion for the whole Northern Powerhouse Rail scheme, and £1 billion for Transport for the North for the next three years.

0 0 0
Previous : UK Construction Sector warned by Competition and Markets Authority not to Cheat
Next : IDTechEx reports production of electric light commercial vehicles by 2.4m by 2030