For Chile, the Rio Maipo is a stroke of luck to supply the nearby capital Santiago with energy: In the mighty “Alto Maipo” power plant project, the planners are relying on European and in particular German technology.

The river has its source at over 3,000 metres high in the snow covered Andes. It reaches the Pacific Ocean after 250 km. On its way it overcomes a considerable gradient and is therefore ideally suited to generating electricity. Santiago’s hunger for energy is great; the conurbation has over 7 million inhabitants. Around 44 percent of Chileans live here making it nothing less than the political and economic heart of the country.

The Alto Maipo hydroelectric power plant with a capacity of 530 MW was planned around 10 years ago. It is currently the largest construction project in the country. The European construction group Strabag (73,000 employees), based in Vienna, Austria, was awarded a first partial contract for the construction of the power plant in November 2012. It is located about 50 km southeast of Santiago in San José de Maipo in the province of Cordillera. The mega project, which was started shortly afterwards in 2013, has a volume of well over one billion euros. According to Strabag, it will secure over 4,700 jobs in Chile.

Largest construction project in the country

The project also includes the construction of tunnels with a total length of 74 km. These tunnels will carry the water not only from the Rio Maipo but also from the Colorado River to the turbines. The elevation range of the construction site alone is considerable, ranging from 820 to 2,500 metres ASL.

In order to deliver absolutely reliable work in this strategically important construction phase, those responsible decided to use machines from the German manufacturer GHH, among others.

During the initial negotiation of 12 GHH MK-A20 dump trucks, for the construction with drilling and blasting method, the criteria used by Strabag to make the purchase was based on the excellent reputation of this machine. 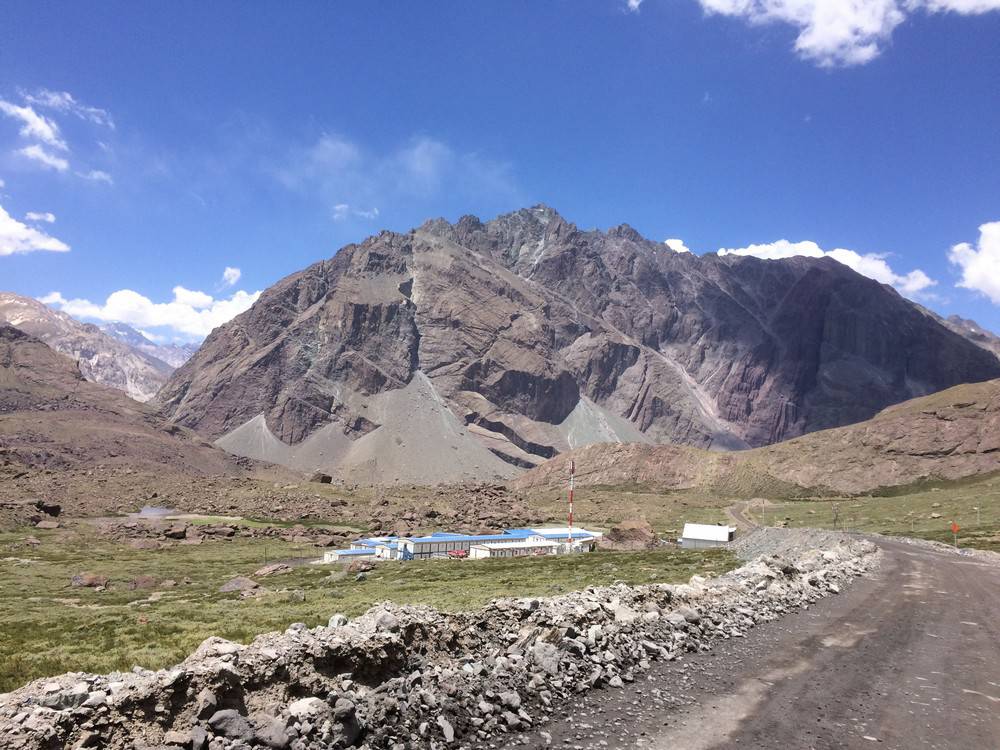 Strabag already has used them in other projects around the world, a reputation acquired through the robustness, simplicity and reliability demonstrated by this model. Subsequently the project progressed and the fleet was increased to 28 units of this model, also adding a LHD loader model LF-10, four mixers TM05 and one shotcreter IS26.

This project has also generated a strategic alliance between Strabag and GHH in aftersales matters, such as technical assistance in the field, consulting, machinery repair, component repair, among others. Strabag’s trust has been answered with GHH’s commitment and professionalism. Such reliable specialists are required, because two caverns alone with more than 40.000 m³ of excavation material each were built. Three Hard Rock TBMs, one Double Shield TBM and two Simple Shield TBMs were used, providing for about 40 km of tunnelling. 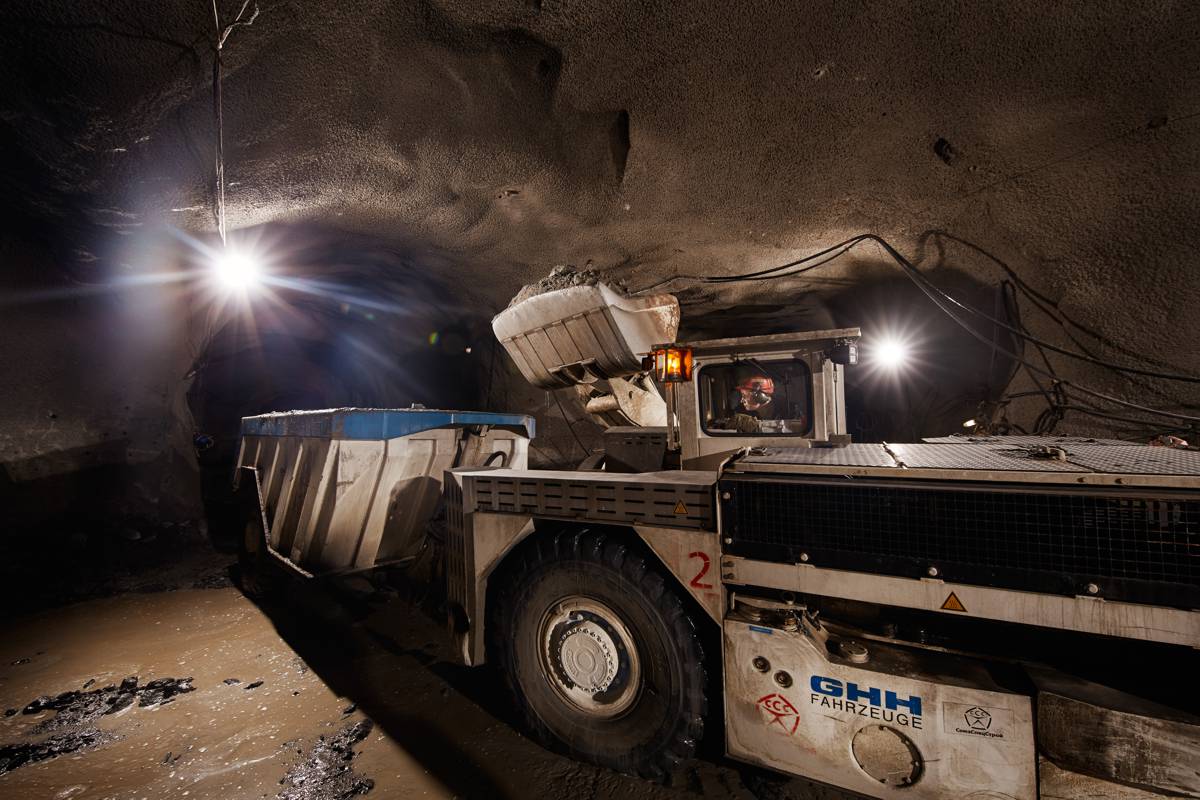 A total of three million cubic meters of excavated material were moved. Here the GHHs performed magnificently: no severe failures were recorded. The manufacturer attributes this to the particularly robust, reliable and – in the best sense – simple design of the articulated dump trucks: all relevant components are easily accessible for maintenance.

The MK-A20 can carry 20,000 kg or up to 12,5 m³ hard or soft rock with an operating weight of 18,955 kg. The vehicles are around 9,4 m long and a maximum of 2.2 m wide, with an overall height of around 2.5 m. At GHH they represent a medium-sized model used in both mining and tunnelling applications – the manufacturer also has much larger variants. In general, GHH supplies practically everything in the field of rock logistics that drives on wheels. The company, which is part of a larger group of companies, is considered a total solution provider and is represented on all continents. 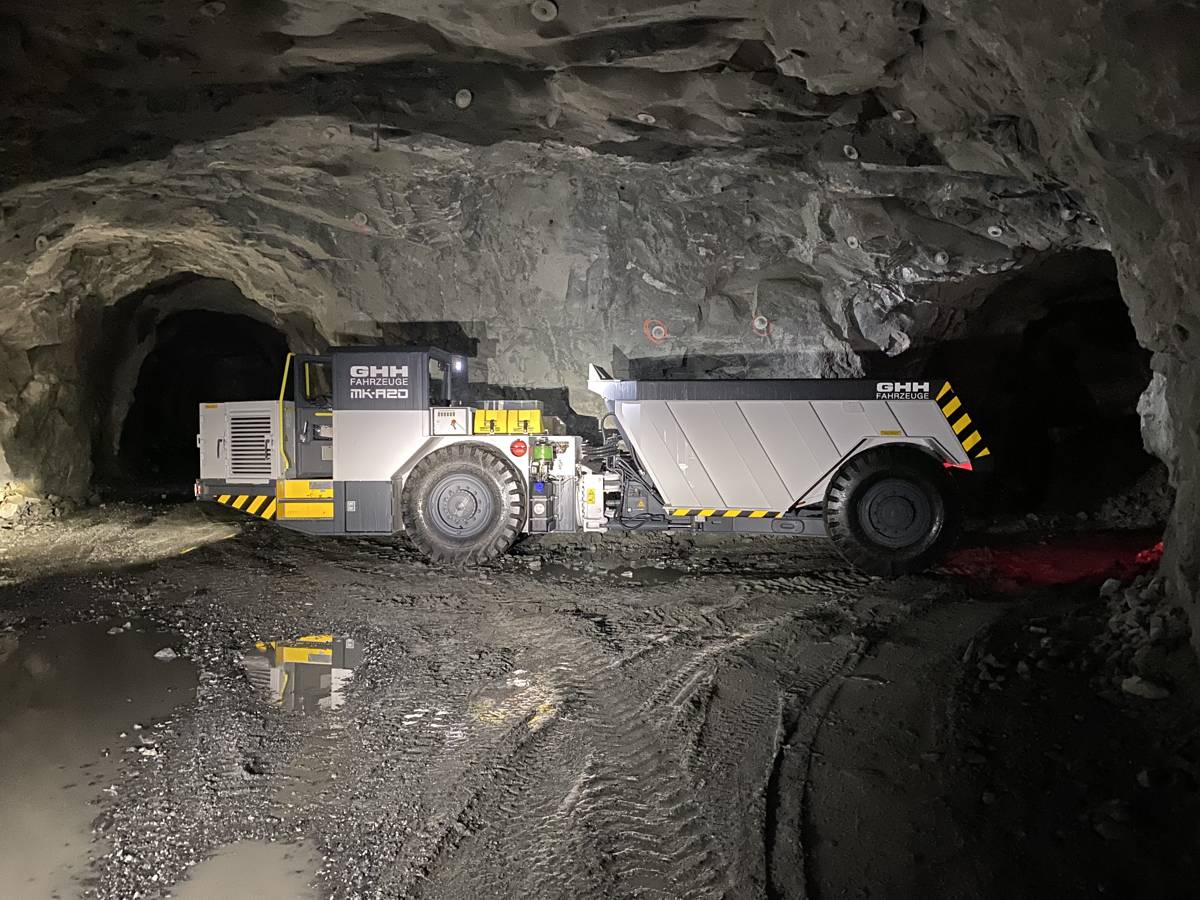 The Alto Maipo project is scheduled for completion in the summer of 2022. For the dump trucks in use, this will probably not be the end of their lives: many of them will be used on other construction sites after they have been refurbished. Only recently, a similar vehicle returned to the manufacturer’s factory for overhaul after it has not been used for five years at a remote site – only the battery had to be replaced.

The German machine manufacturer must have done some things right, as this reputable MK-A20 truck not only works extremely well in the tunnelling industry, as Alto Maipo demonstrates, but is also a ‘rock solid’ performing product for the underground mining industry as well. At the beginning of 2020, GHH announced the formation of the GHH Group as a merger of several manufacturers of the Schmidt Kranz Group. 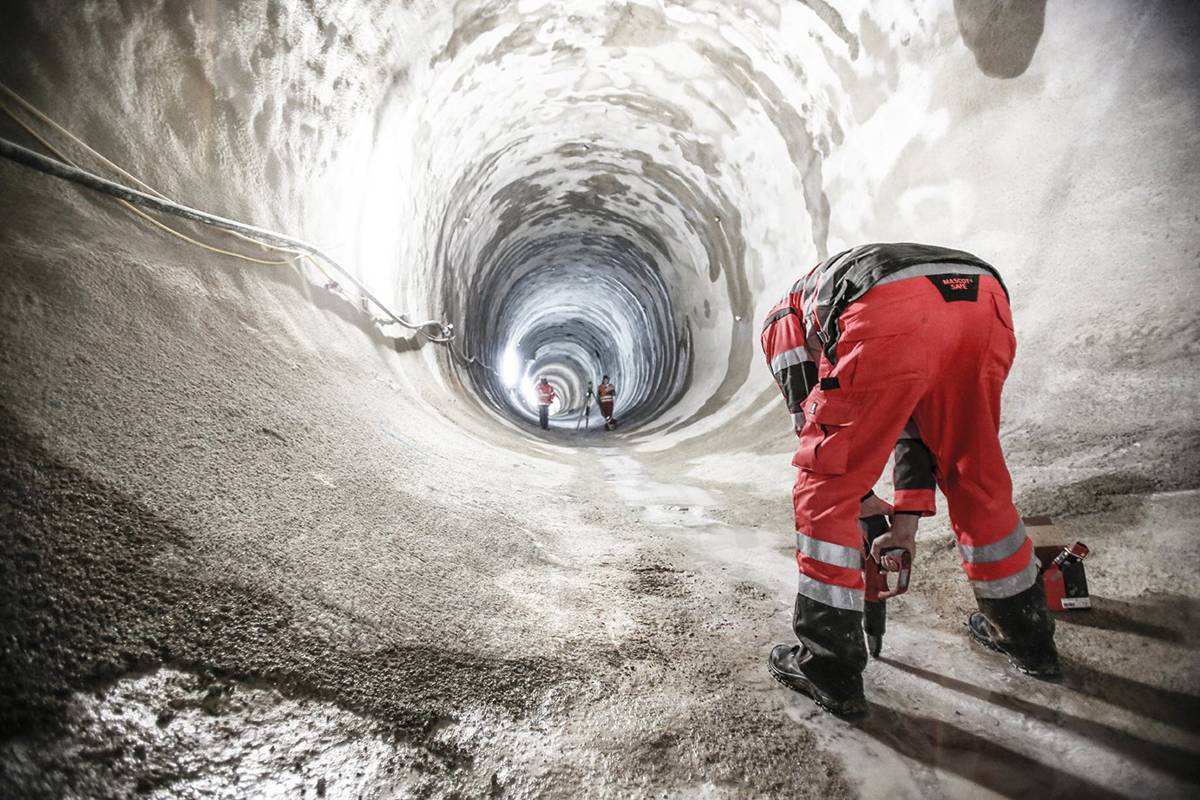