The announcement today reveals Hercules as Worksport’s partner in an agreement between the two companies that is expected to generate up to US$70 million in future revenues for Worksport™.

“Although we understand the delay of over one month is challenging in today’s volatile market, we appreciate shareholders patience in allowing us to arrive at today’s milestone,” said Worksport CEO Steven Rossi. “We will continue to work tirelessly in progressing our business and keeping our valued shareholders up to date.”

“The economic value of this one relationship is expected to be of profound significance for Worksport and its future growth and development,” added Rossi. “The announced $70 million in projected revenues in the first contract is just the beginning, and it is likely to expand over the longer-term. We’re proud to work with Hercules because of its management’s long history with developing and launching major vehicle platforms.”

The TerraVis™ system will be exclusively configured and uniquely crafted for Hercules’ highly innovative EV pickup Truck, the Alpha. The durable and technologically advanced TerraVis™ system will be the very first to provide a meaningful source of recharge, multiple configurations for work and sport and a fusion of cutting edge solar power, storage, and delivery. The platform takes advantage of a standard pick-up truck’s practical capabilities, while also utilizing the power of more sustainable and renewable energy. Proprietary, high efficiency solar panels built into the rugged tonneau cover—the likes of which Worksport has become widely known for—will collect the sun’s rays and store energy in multiple portable battery banks.

The companies will co-develop TerraVis™ technology on the Hercules Alpha with deployment on future SUVs and marine applications. Hercules is developing and deploying high-technology solutions integrating clean power and mobility, to create better products in a multitude of customer-selected configurations.

Worksport is working towards a similar goal to reduce pickup drivers’ carbon footprint through use of its TerraVis™ solar tonneau cover and battery/inverter module for existing light trucks, as well as a number of useful accessories. Hercules and Worksport look forward to jointly launching the Hercules Alpha solar charging.

“We are pleased to be working with the team at Worksport to bring solar charging to our Hercules products,” said Hercules CEO James Breyer, who co-founded the company in 2018 after a successful career in the automotive industry. “It will be part of a luxury experience without plug-anxiety, due to the solar charging truck bed cover. With the Worksport solar solution, our customers can enjoy their on- and off-road activities while adding to their electric charge at the same time.”

“Hercules is taking an unconventional approach, using available services, expertise, and industry capacity to launch products quickly and efficiently,” Breyer added. “This allows Hercules to bring eco-utility vehicles to market faster and with higher levels of personalization and craftsmanship. It also means we don’t have to add redundant manufacturing capacity where it isn’t needed.

“The Worksport partnership is an example of this approach. Worksport developed a unique product and it is something that will make our electric trucks distinct from all others. We will collaborate on cost optimization and continuous improvement for projects that achieve performance and price advantages against the other industry available cover options.”

Hercules will integrate the solar charging tonneau cover into its core architecture to give freedom to Hercules drivers, specifically “plug freedom.” The solar cover’s overall charging is similar power to a level 1 cord plugged into a standard 110VAC outlet.

“In Hercules we have found the ideal development partner for the TerraVis™ system,” Rossi said. “James Breyer is one of the automotive industry’s most respected executives, with achievements that include perfecting electric vehicles at the two largest Detroit auto manufacturers. We will mutually pursue by Worksport necessary funding, investment, and working capital for overall project success, including cross-introductions to investment partners. The partnership and products are so innovative that we have no doubts that we will secure financing in the near term. Discussions with financial institutions have already begun.”

While at Ford Research Lab, Breyer was instrumental in launching fuel-cell, hybrid, and electric vehicles, including the Fuel-Cell Focus and others. He also led development of the Volt powertrain and global EV powertrains such as Spark EV. He is complimented by co-founders Julie Tolley and Greg Weber.

“With the recent TerraVis™ reveal, Worksport enters the most exciting period since inception,” said Worksport CEO Steven Rossi. “We now have the perfect, well established partner and a project that will quickly demonstrate the TerraVis ™ system’s attractive and leading-edge approach to providing solar power to the light truck industry. At the same time, Worksport will continue to focus on growth as the lead innovator and manufacturer in the Global Automotive Market for tonneau covers for electric and conventional light trucks. Other important announcements are expected soon.” 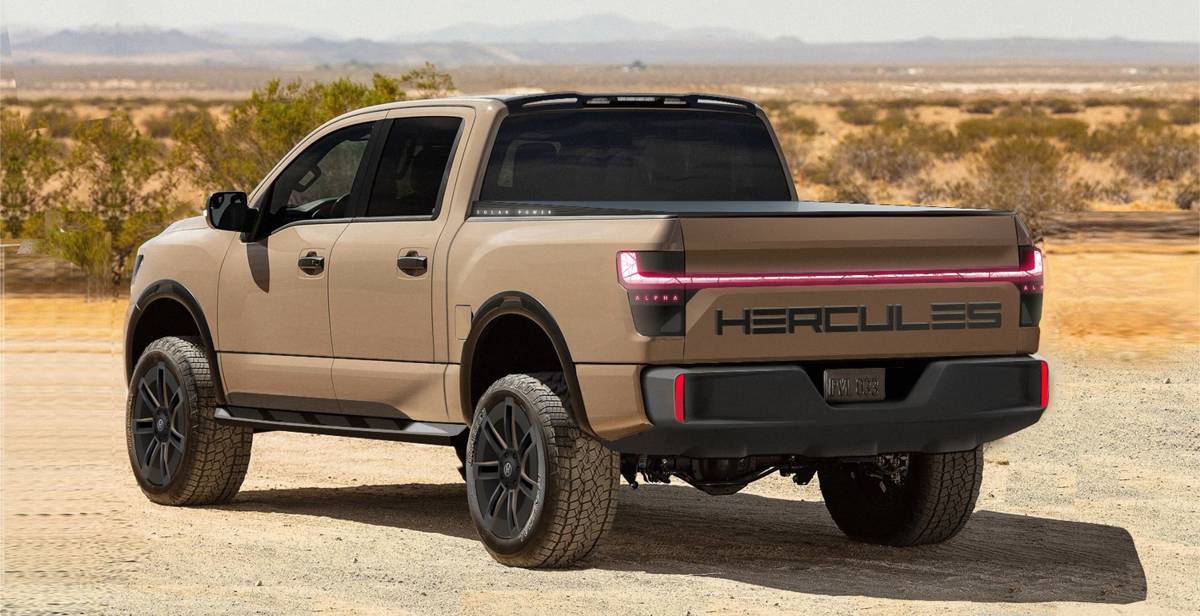 0 0 0
Previous : The Planet Mark and sustainability in construction
Next : New Framework for delivering highway maintenance launched in England