Residential and commercial inspectors, plumbing and utility contractors, and electricians are finding the use of ground penetrating radar (GPR) provides a host of safety, efficiency and revenue benefits.

Rather than relying solely on the national 811 call-before-you-dig phone number to avoid unintentional digging into an underground utility line, general contractors, subcontractors, and inspectors are adding GPR units to their locating toolbox and integrating them with other locating tools to enhance accuracy on the job site.

Now, with many powerful, high quality and lower cost utility locating GPR equipment, inspectors, electricians, plumbing and utility contractors are asking why they are paying to use GPR equipment when they can purchase a unit and do it themselves. 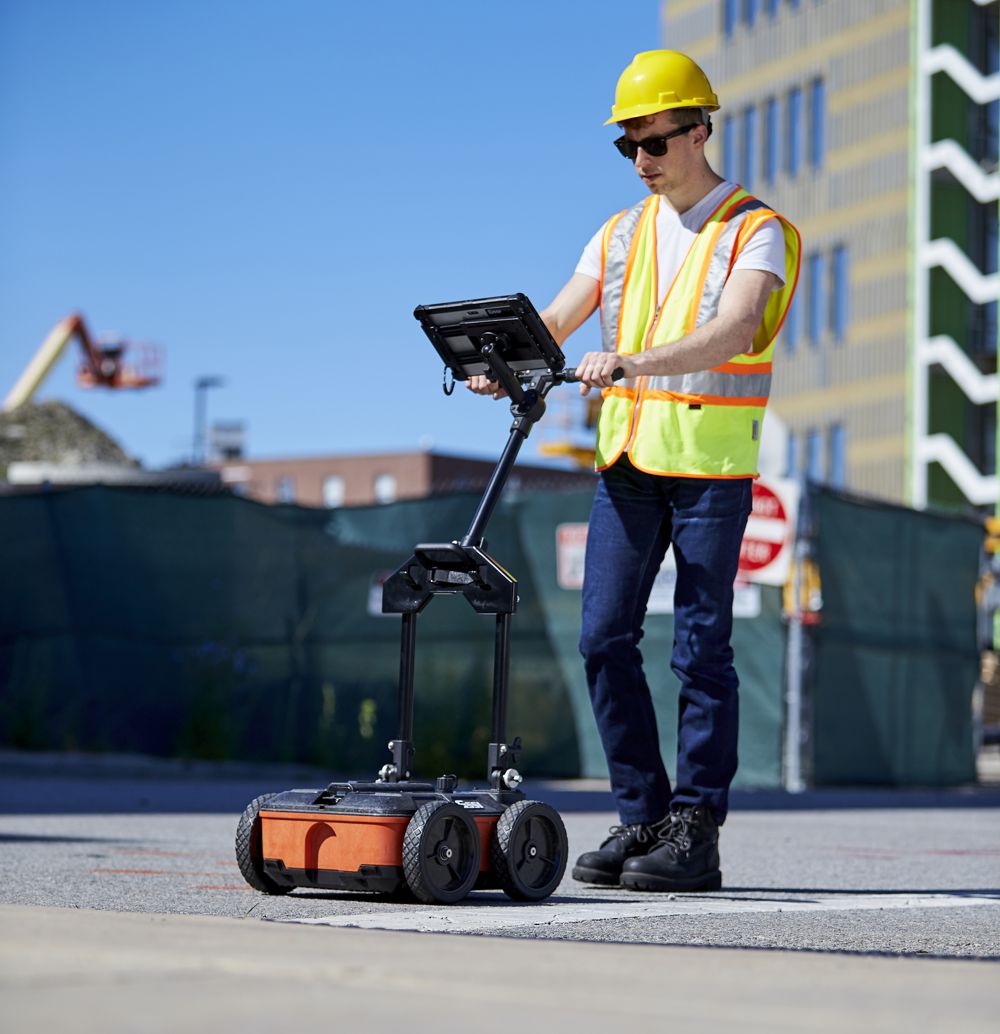 Before contractors begin their projects, they utilize the 811 system to get the approximate location of all public utilities by marking them with spray paint or flags. Making that call technically satisfies a contractor’s legal responsibility.

Nonetheless, many believe that the 811 system is simply not adequate – the safety implications of hitting a gas line and the expense of idling their workforce has driven them to be more proactive in identifying underground utility lines. Most utility locators use an electromagnetic (EM) line locator to check for active utilities.

Electric lines are harder to trace with GPR than EM, making EM much quicker and easier to use than GPR. While EM is faster, its positioning is not as accurate as that of GPR, which can provide horizonal and vertical position within a couple of inches. These two methods complement each other, since GPR works better for non-metallic objects and EM for metallic objects. If both tools indicate the presence of a pipe, it provides a higher level of confidence.

The trend in the GPR utility world has gravitated towards the use of small, portable, and inexpensive units. Leading this standard is GSSI’s UtilityScan® system, released in 2017. UtilityScan was originally designed for municipalities, electrical contractors, and utility installers, but has since been adopted for use in environmental and archaeology applications due to its size and cost. 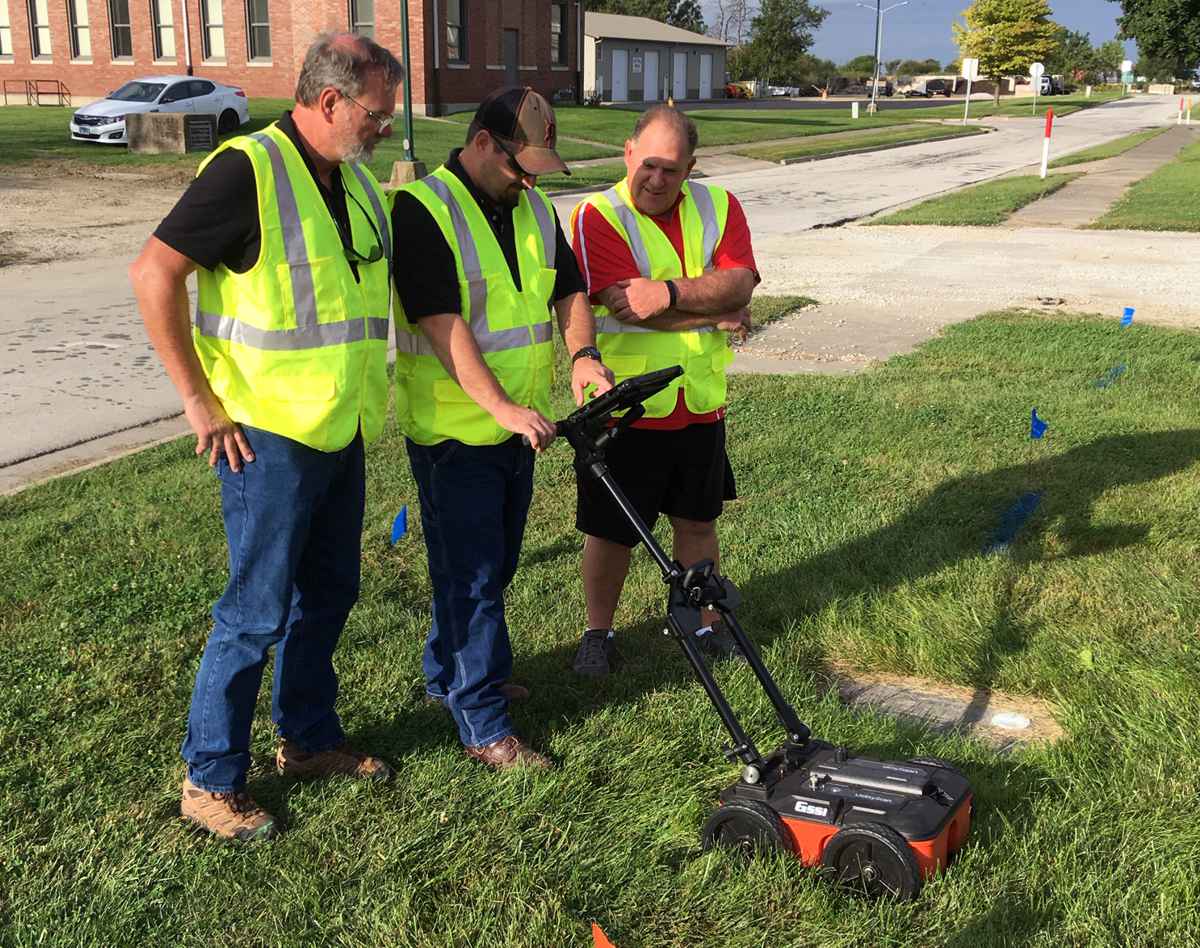 UtilityScan is the smallest utility locating GPR system on the market, making it very simple to deploy. Weighing in at only 34 pounds, the UtilityScan is built for quick assembly, scanning, and break down. When folded down, the system can fit in the back of a small vehicle. The compact size makes it extremely portable and easy to manoeuvre around obstacles on busy streets and construction sites.

One key feature of UtilityScan is the robust wireless antenna tested for rugged job sites. UtilityScan incorporates GSSI’s patented HyperStacking technology, which has proven to increase depth penetration in challenging soils while also providing high near surface data resolution. UtilityScan is rugged, built to withstand any job site around the world. This system is IP 65 rated, making it the right tool to handle rain, snow and muddy conditions.

Another feature of UtilityScan is that it can be equipped with LineTrac®, which helps locate specific power sources situated underground, including AC power and induced RF energy present in conduits. LineTrac has coils that detect power radiated from electrical cables, combined with GPR radar into a single box. This feature lets users produce an overlay on the radar data that represents the presence of AC power and/or induced RF energy present in conduits. UtilityScan then integrates the EM and GPR readings and produces the image on the screen.

UtilityScan uses a wireless tablet-based system with a bigger screen, better viewing experience, and a simplified Android app-based user interface (UI). Perhaps the biggest shift into mainstream adoption has been the ease of use. Using a modern, user-friendly interface means operators need  less technical experience to collect and interpret data, leading the way to faster onboarding than previously available.

GPR can provide contractors with more confidence than simply relying on the 811 system. GPR for utility locating is more accessible than ever with small, portable and inexpensive systems on the market.