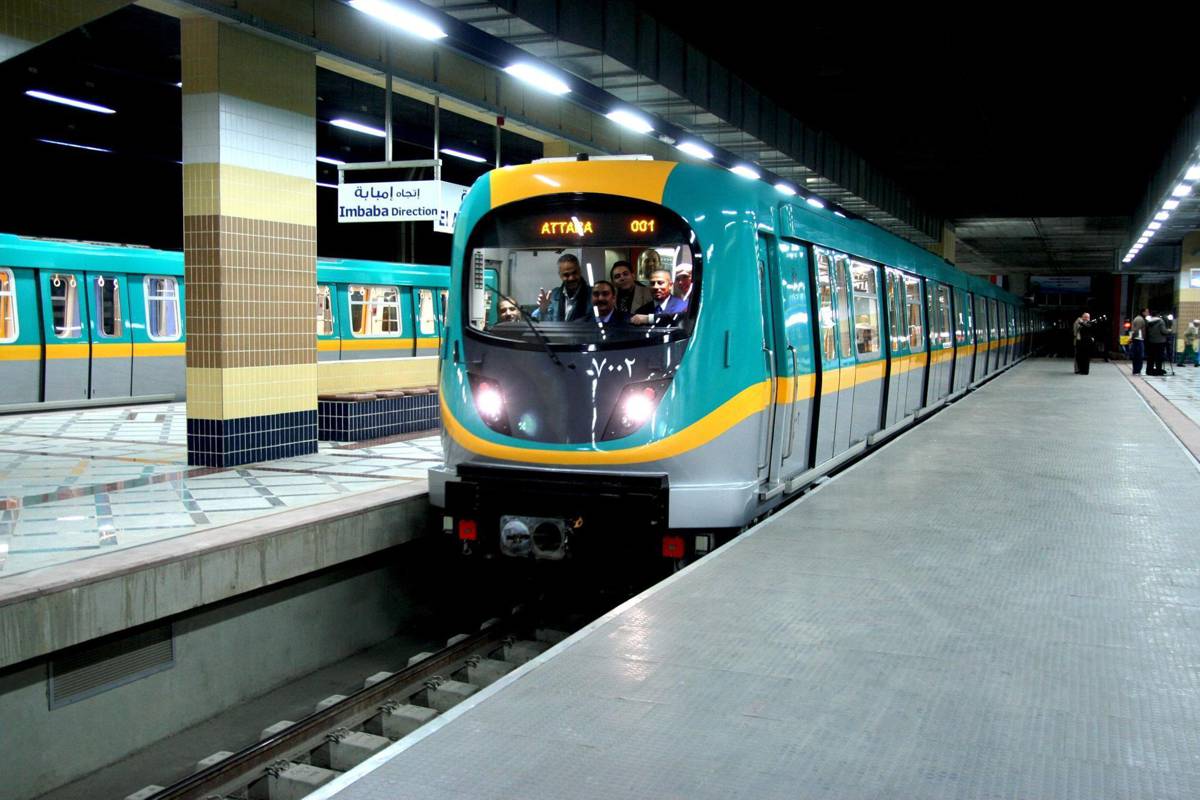 The European Investment Bank (EIB) and the Arab Republic of Egypt have signed a €1.128 billion agreement to support investments in the rehabilitation and expansion of metro and tram systems in Alexandria and Cairo. The EIB financing will contribute to increasing the availability and improving the quality of public transport systems in the two cities, where 30-35% of the country’s population live and work. This new operation is in line with the EU bank’s climate action objectives and comes in support of the government’s national priorities.

The EIB financing contract will be signed in two tranches. The first tranche of €600 million is being signed today and the second tranche of €528 million will be signed early next year. The structure of the EIB facility allows the Egyptian government to secure the funding necessary for large-scale urban transport projects on competitive financial conditions provided under the European Union External Lending Mandate (2014-2020).

In addition to the EIB’s financing, the EIB Economic Resilience Initiative and the EU Neighbourhood Investment Programme (EU NIP) provided grants for technical assistance and advisory supporting the preparation of the three projects.

These investments will lead to a greenhouse gas emissions reduction due to the expected modal shift, and will therefore contribute to the Bank’s climate action objective, as well as to the implementation of Egypt’s Intended Nationally Determined Contributions (INDCs), as defined in the Paris Agreement on Climate Change of December 2015.

“Understanding the value of transport infrastructure is at the heart of informed policy-making. Benefiting more than half a million passengers a day, we are not only reshaping Egypt’s economic geography but also meeting social and environmental targets to drive sustainable growth. We value our partnership with the EIB, which has been instrumental in pushing the frontiers of ESG standards that push international cooperation across various sectors to varying projects, including the private sector,” said H.E. Dr. Rania A. Al-Mashat, Minister of International Cooperation.

For his part, H.E. Lieutenant-General Kamel Al-Wazir, Minister of Transport, confirmed that the projects that will be financed by the European Investment Bank are: the project of rehabilitation of El-Raml tram in Alexandria with a value of €138 million, the project of converting the Abu Qir/Alexandria railway line to a metro line with a value of €750 million, and the project of rehabilitating the second line with a value of €240 million. These projects have great importance in strengthening the mass transit system, which the political leadership has directed to be comprehensively developed in order to provide distinctive services to citizens. His excellency also added that the two projects of developing the Abu Qir line, converting it into a metro line and the rehabilitation of the El-Raml tram will represent a paradigm shift in the means of transportation within the Alexandria governorate, pointing to the fact that the pre-qualification works for the Abu Qir line and its conversion to a metro line have been tendered, and the tender documents for the El-Raml tram project are being finalised.

The Minister of Transport explained that the plan to rehabilitate the second line of the metro comes within the framework of the comprehensive plan implemented by the Ministry of Transport to modernise the infrastructure of the first and second lines of the metro, by modernising signal electrification systems, communication systems and central control systems, renewing rails and electromechanical works, and purchasing new air-conditioned trains to make all the trains of the current fleet air-conditioned, pointing out that the ministry seeks to provide all distinct services to all passengers.

Flavia Palanza made the following comment on the signature: “As the EU climate bank, we give high priority to clean urban transport projects such as trams and metros. Today, we signed the €1.128 billion government agreement supporting this important goal for our joint cooperation. This large-scale financing responds to the ambitious objectives of the Egyptian government to improve people’s lives by building sustainable transport infrastructure and reducing CO2 emissions The €600 million first tranche of the EIB support is being signed today and we expect to sign the second tranche early next year. We are looking forward implementing these key investment projects with our Egyptian partners and the other IFIs.”

For his part, European Union Ambassador to Egypt Christian Berger stated: “Sustainable urban mobility will contribute to our well-being and quality of life. The Egyptian Government and our EIB partners have put great efforts into bringing green, affordable and safe transport to Egyptian citizens, to facilitate commuting in dynamically developing urban areas. The EU is committed to supporting green growth in Egypt in line with the spirit of the European Green Deal. Green, clean and sustainable transportation will reduce environmental impact and socioeconomic costs and has strong job-creation potential.”

This EIB facility is part of the Bank’s wider engagement in the urban transport sector in Egypt, which has been gradually increasing over recent years. In 2012, the EIB approved a loan of €600 million for Cairo Metro Line 3, which was signed in three tranches of €200 million each respectively in 2012, 2015 and 2016. In 2019, further financing of €350 million was signed for the Cairo Metro Line 1 Rehabilitation.

0 0 0
Previous : Southampton University start-ups blazing a trail at CES 2021
Next : What is Bitumen?