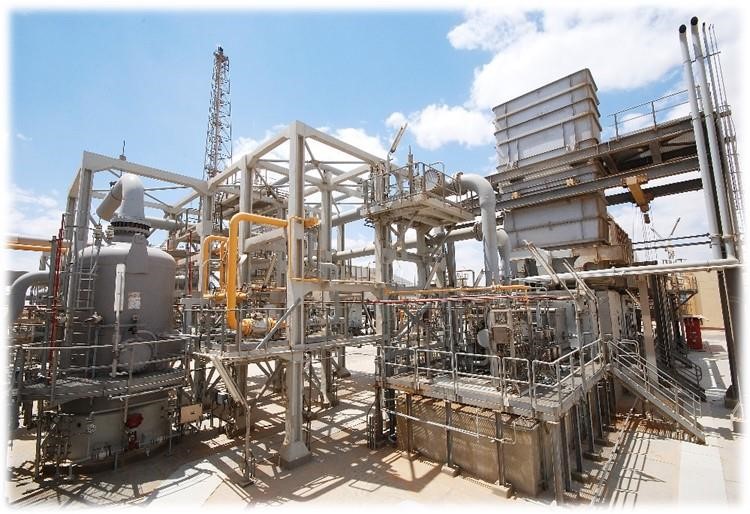 Sacyr Fluor, a subsidiary of Sacyr Ingeniería e Infraestructuras, will be in charge of the engineering, the supply of materials and equipment, the technical assistance during the construction and the training for the expansion of the Dahshour gas compression station for the Egyptian Natural Gas Company ( GASCO), the state operator of the Egyptian gas network.

The expansion of this plant, located south of Cairo, will require an investment of close to 99 million dollars (around 80 million euros) and will have a contract execution period of 18 months.

Sacyr Fluor will specifically increase the facility’s gas compression capacity by 50% (652 MMSCFD). In addition, it will introduce state-of-the-art technologies to recover waste heat from gas turbines and produce electricity with it. This energy will power the compressor station and thus reduce CO² emissions.

This project is part of the “Green Economy Transition” (GET), a program launched in 2015 by the European Bank for Reconstruction and Development (EBRD), which aims to help the countries in which it operates, such as Egypt, adopt a development model that respects the environment, in order to, for example, improve the sustainability of gas transmission.

The state operators of natural gas networks in Egypt, Egyptian Natural Gas Holding Company (EGAS) and its subsidiary Egyptian Natural Gas Company (GASCO), finance energy efficiency programs in the oil and gas sector through a sovereign loan of 200 million dollars granted by the EBRD to the Arab Republic of Egypt.

In addition, the Company has recently won other projects in different areas, such as the contract that REPSOL has awarded to Sacyr Fluor for the development of detailed engineering and technical-commercial support in the management of supplies of the Unit and Hydrotreatment, which constitutes the central part of its 2G Biofuel Production project to be built at its Cartagena Refinery.

Sacyr Fluor was born in 2015 when Sacyr acquired 50% of the Spanish subsidiary of the multinational engineering company Fluor Corp, active in Spain since 1989. In June 2020 Sacyr acquired the other 50%.