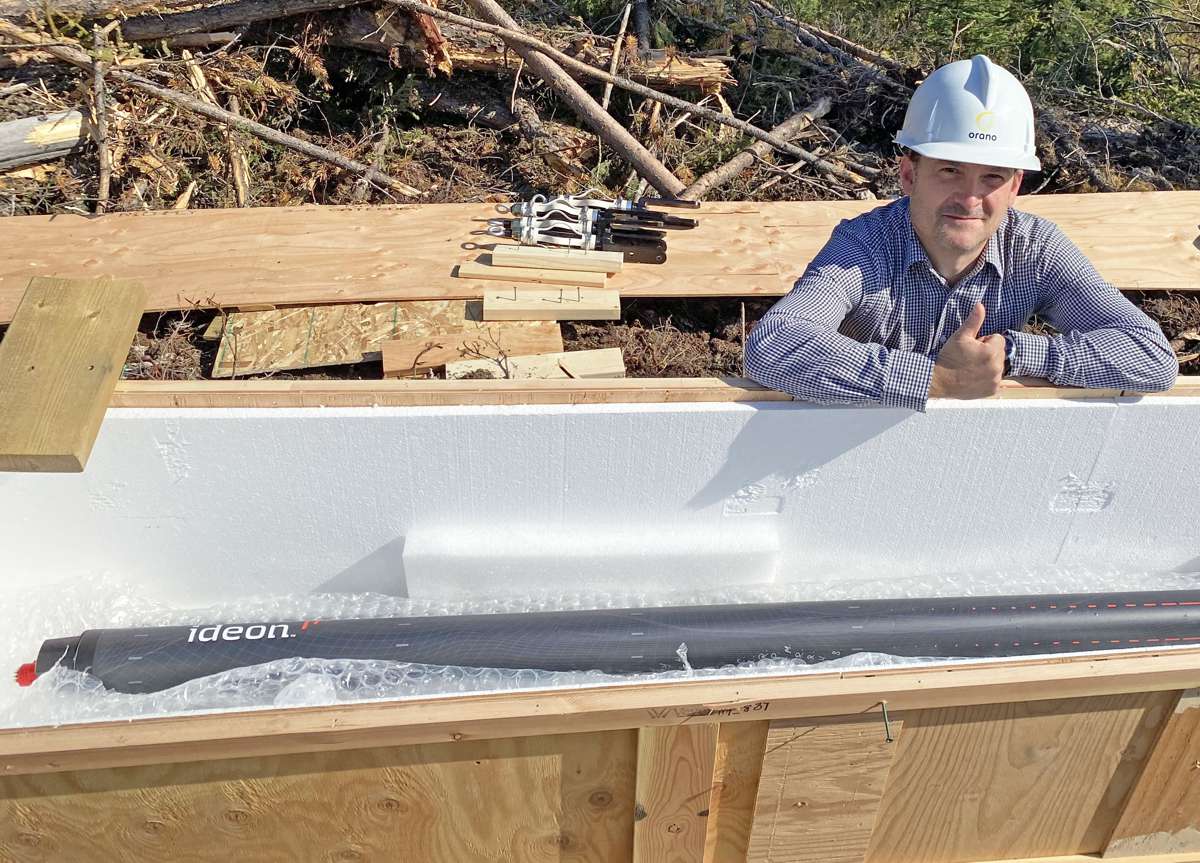 Canadian Earth ‘x-ray’ start-up Ideon Technologies and French Orano Group, one of the top world uranium producers, have deployed the world’s first cosmic-ray muon detector for use in industry-standard boreholes.

The EUREKA-approved research and development project, which is receiving advisory services and funding support from the National Research Council of Canada Industrial Research Assistance Program (NRC IRAP), will run from now through the end of 2021 at McClean Lake, an Orano site in northern Saskatchewan.

Orano and Ideon have been collaborating since 2016, when Ideon deployed its first-generation, large-format detectors at the McArthur River Mine in Saskatchewan, successfully imaging a high-grade uranium deposit under 600 metres of sandstone. Since then, Ideon has completed a 50x miniaturization effort to create the first industry-standard borehole (<10 cm diameter), low-power (<10W continuous power consumption), zero-maintenance muon tomography detector suitable for operation in the extreme environmental conditions of mineral exploration sites around the world.

“We’re excited to move forward on this project with Ideon because we expect it to transform the very nature of how we explore,” says Hervé Toubon, Research & Development and Innovation Director at Orano Mining. “Global uranium demand is projected to grow by up to 40% by 2025 and it is virtually impossible for us to detect high-grade deposits at depth using traditional geophysical exploration techniques. The subsurface intelligence we gain with muon tomography gives us the ability to accurately locate those anomalies while reducing the need for drilling and lowering our overall environmental impact. That value proposition is hard to beat.”

“This deployment milestone is more than a decade in the making,” adds Gary Agnew, CEO at Ideon. “We’ve spent 7 years doing commercial trials in partnership with the mining industry and several years of system design and development, de-risking, and prototyping in the lab. Orano has been there right along with us for much of that journey, leading the way as a customer-driven innovator in the global energy transition. We are grateful for their enthusiasm, flexibility, trust, and willingness to break new ground with us.”

In addition to muon tomography models, Ideon will work with Orano to develop joint inversions with existing drill data and other geophysical datasets.