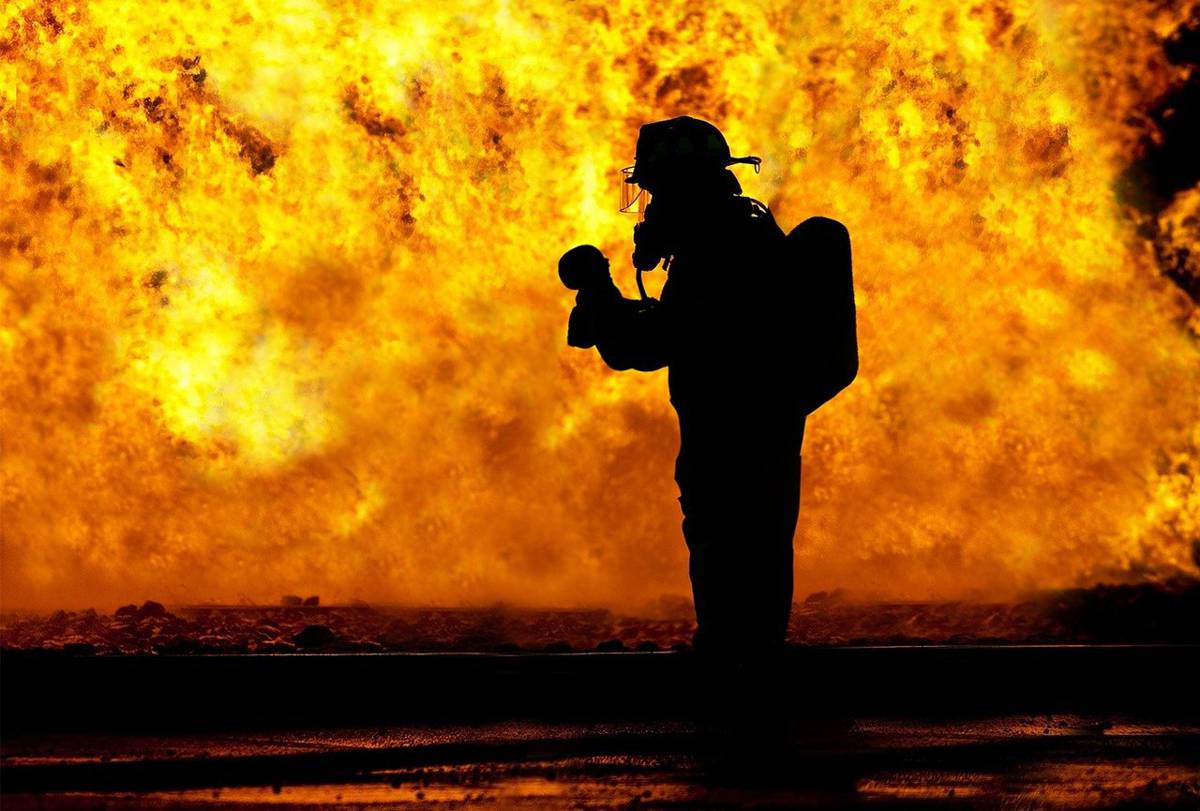 The environmental costs of a building destroyed by fire

The environmental costs of a building destroyed by fire

In recent months, there have been a number of newsworthy industrial and commercial fires where we have seen a long distant shot of a large smoke plume palling over a local community.

There are images of firefighters and pumps trying to contain the fire but once the fire is under control, the press attention wanes and the incident is largely forgotten. We should stop to think about the financial impacts of the lost building, contents, the business disruption and jobs – but what about the environmental impacts?  In a world where sustainability has never been more important, why do we not ensure these events don’t happen in the first place, preventing such unnecessary damage to the environment?

A major fire incident in Kidderminster saw more than a dozen schools being forced to close in the first full week of the new school term. The blaze in Park Street on September 8th broke out in an industrial unit and then spread to other businesses on the estate. At its height, 100 firefighters and 20 appliances from Hereford and Worcester Fire and Rescue Service were tackling the blaze which caused local evacuations and road closures. In Telford, a recycling building fire in April led to six schools being closed for two days due to smoke and residents advised to keep their windows and doors closed.

The immediate impact of the smoke plume in both these cases is one thing. That smoke is contaminating the air and the contamination will leave deposits that will land with an impact on the land and water it is carried to.

A study by Bureau Veritas has calculated that up to 350,000 tonnes of CO2 a year are emitted because of fires in industrial and commercial buildings (ICBs). Furthermore, the same study has calculated that more than 9 billion litres of water are needlessly used by the UK fire and rescue service (FRS) each year to extinguish fires in ICBs (equivalent to 15m UK households’ daily water use). This vast amount of water used each year to put out fires in ICBs could be avoided if the buildings were fitted with sprinkler systems. Moreover, this use of water is of particular concern at times of drought and puts extreme pressure on local water systems, often impacting supplies to other businesses and the local residential properties and leading to infrastructure damage requiring repair.

Fire water run-off can, in certain situations when buildings contain pollutants, contaminate watercourses and is costly to treat. Furthermore, there is significant unnecessary waste and use of resources to rebuild destroyed property. Damaged materials will need to be removed and disposed of as specialist waste. This is not a matter of a few kilogrammes of debris but hundreds of tonnes of material which needs heavy equipment and lorries for its removal.

The drive for sustainability

For many years, the construction sector has been striving to deliver sustainable and green developments. Clients have sought these items to limit their own impacts on the environment. It has been supported by government regulations, incentives, certification schemes and the credits within them. These actions drive a pursuit in new construction techniques, natural materials, and the energy efficiency of the services. They are built with the same thinking in terms of fire safety and resilience as existing buildings. The impact of fire on the resilience of such buildings or what it could mean for their long-term sustainability is not a factor.

This is neatly illustrated by the Carbon Neutral laboratory in Nottingham, which was constructed using mass timber but destroyed shortly before it was completed in 2014. When it was rebuilt following the fire it was in line with regulations; it followed the original design and there was no increase in fire resilience – no active fire protection. The rebuild was given awards relating to its green credentials. Somehow the resources lost in the original fire but were recreated, replaced, and reinstalled did not matter or count. Neither did the large plume of smoke, whilst the thousands of litres of water and the removal of the charred remains were long forgotten. The fire is not mentioned and it is as if it had no bearing on the claims for the efficiency and carbon neutral credentials.

This highlights two of the key challenges. Firstly, these impacts from an environmental perspective are not visible in the normal evaluation schemes used for green credentials or within regulations for development. Secondly, our current regulatory thinking that buildings are disposable in the face of a fire, if everyone escapes, just does not make sense from a sustainability perspective.

It is not a stretch to consider that minimising the fire damage will minimise the impacts of the event. From an environmental standpoint that limits the amount of material consumed and needing to be replaced. More importantly it restricts those contaminants that are released. Active forms of fire protection that minimise the fire feel a lot greener.

Research is looking at quantifying these aspects. Some may be surprised to read a report on these issues from Sweden. It expands on many of the themes in this article and the need for further methods to capture these impacts. Given the current interest in sprinklers in schools some will be interested to read the experimental analysis of providing sprinklers in Swedish schools. This was done using the environmental costs that highlighted that if sprinklers could reduce fire damage by 50% and have a lifetime of 20 years there was an environmental gain. We all know this is possible.

A future view of the world wherein protecting the hard-won resources so that they can be used and reused leads to a path where minimising fire incidents will be important. Active protection systems will increasingly make sense for this reason. They will also make sense when thinking of the desire for buildings that can be flexible in use throughout their life. The whole life cost of a building and its value will be tied to both these concepts.

In a world where sustainability is key, a disposable building will no longer be the ‘right thinking’ – sprinkler-protected ones will be.

Article by Tom Roche, Secretary of the Business Sprinkler Alliance.