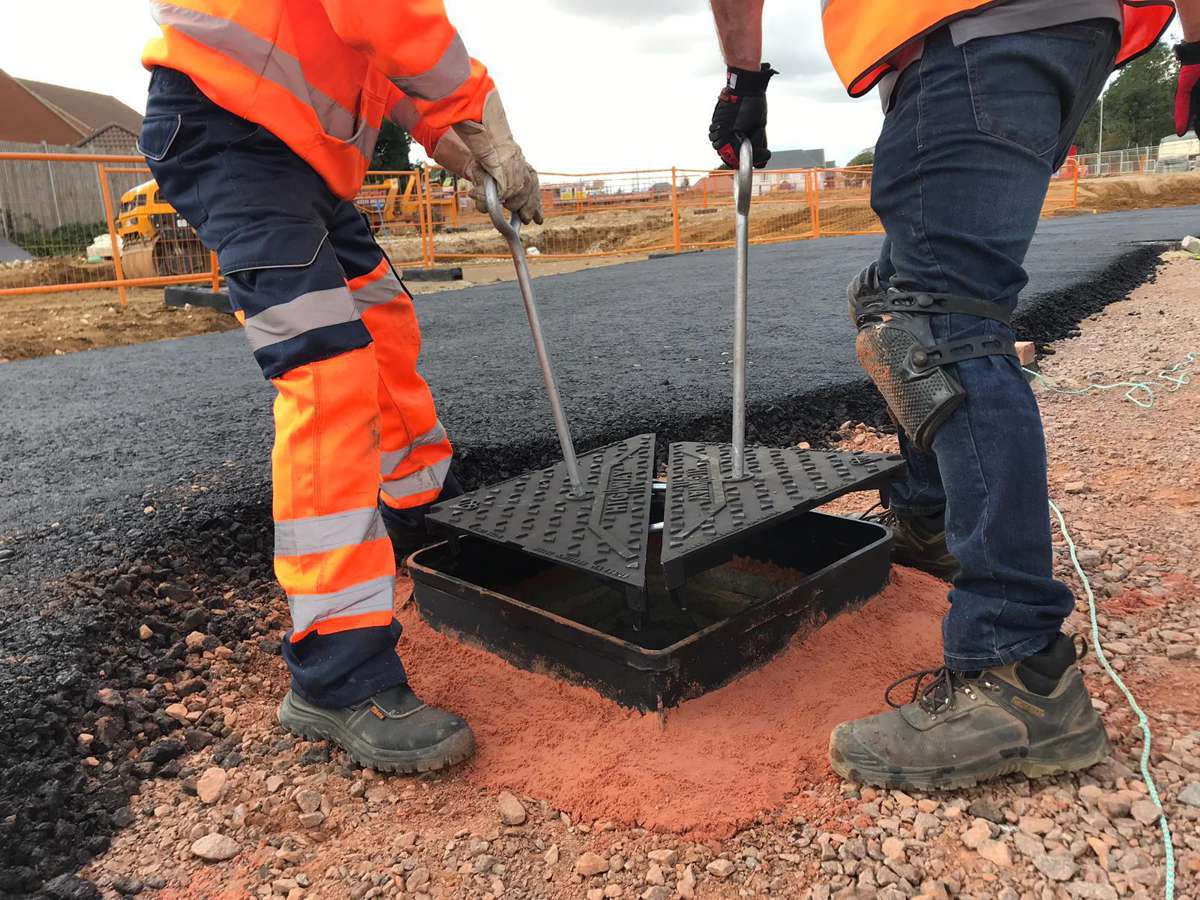 Failure to install the correct compliant highways ironwork in the right locations can lead to costly repair bills and potentially create dangerous conditions on busy roads.

The highways sector invests heavily in building and maintaining the UK’s network of roads, but without correctly specified manhole covers and gully grates this effort might as well be null and void.

One of the main causes of incorrect specifications comes down to misinterpretation of the Group and Load Class of gully grates in certain scenarios.

Barry Turner, Technical Manager at Wrekin and an expert in ironwork standards, said: “In some cases, we are finding that Load Classes and Groups are being confused. While each application Group is a fixed location, Load Classes can be varied within those Groups, as required. This doesn’t mean however that different Groups classified to the same Load Class are interchangeable, which has led to confusion in the market where similar products from two Groups meet the same Load Class.”

What are the current standards?

To fully understand the issue, the key standard for access covers and gully grates, BS EN 124-2:2015, must be referred to.

The BS EN 124-2:2015 standard categorises the various places where different ironwork may be installed compliantly – from Group 1, the least demanding environment, through to Group 6, where the highest wheel loads are expected. The standard then provides guidance on the minimum load class, which rates a cover’s static load test capability ranging from A15 to F900.

While this may appear straightforward, some specifications presume that a different Group specified to the same Load Class will be able to withstand the same traffic / test load.

On face value this might seem logical, but it isn’t.

The Groups 3 and 4 Challenge

Exploring this confusion in practice can be achieved by analysing Group 3 and Group 4 with the same D400 Load Class.

Group 3 and Group 4 products are commonly used in locations such as carriageways, streets and hard shoulders. However, it’s worth bearing in mind that Group 4 products specifically are generally more likely to be installed in the wheel-track of these locations. Take gully tops as an example, which are the most commonly used Group 3 product installed in a road’s kerbside channel.

Typically, these have one flat edge and three flanges; while Group 4 products are commonly used on carriageways, streets, hard shoulders and parking areas used by all types of road vehicles and have four flanges.

“But there is a problem with fitting the Group 3 in the main carriageway where a Group 4 is designed to be, even if it has the same Load Class. This is due to geometric limitation,” said Barry. “The frame has been designed with one flat side and then three flanges, as it needs to fit tightly against the kerb so that water can evacuate through the gully grating.

“It can still be used on the highway – it’s just that it needs to be positioned at the side of the road, as it can’t evenly distribute passing traffic loads around the frame. The Group 4 has four flanges, which means it can sit anywhere in the carriageway except at the kerb, simply because the fourth flange would get in the way.

“It’s unwise to install three-flanged rectangular frame designs elsewhere in the carriageway, as it’s likely to cause local overloading of the underlying bedding, due to the absence of a fourth flange on one side of the frame. It’s for this reason that manufacturers’ rectangular-framed three-flange designs should not be recommended for installation in Group 4 carriageway locations. Indeed, where rectangular-shaped frames are preferred, only those with four continuous flanges should be installed in a Group 4 location.”

What problems does this issue create?

When incorrectly specified, these mistakes risk premature failure, adding to whole life costs and putting road users in danger, especially where Group 3 products have been installed in Group 4 locations.

Barry said: “You can see it quite often during road widening schemes, where the D400 Group 3 gully gratings on the existing road, which were originally correctly fitted against the kerb, are now in a new road layout in a Group 4 main carriageway location. This now makes the underlying bedding structure vulnerable to traffic overload. In these circumstances, the scheme designer’s requirement may still have been satisfied with the D400 load classification, but it’s now the wrong product.

“It looks like it should be suitable but it’s missing a flange. That’s why you get a lot of ironwork failings where the surrounds start to break away – it’s the wrong product for the job.

“You have to consider surface longevity and if you are applying stresses to the bedding that it wasn’t expecting or it’s not designed to receive then you can overstress it and cause premature failure. That bedding material failure has been proven to be one of the main factors contributing to poor performance of chamber top and gully top installations. So, you’re faced with the ongoing cost of replacement and maintenance instead of taking a ‘right first-time’ approach.”

Is this a widespread problem?

While it’s not a common mistake, when misinterpretation happens, and it does, this is cause for concern. Group 3 products tend to be cheaper that Group 4 because less material is used, but value engineering in this way is not compliant and Has a high risk of not being effective in the long run. Any short-term savings are vastly outweighed by the potential for things to go wrong.

Barry, said: “When you’ve got a safety critical component like a piece of highway ironwork that has traffic going over at high speed there’s obviously an implicit safety angle. It’s designed to be fixed robustly under very controlled conditions. If it starts to fail, it is unpredictable how it will behave and may result in a significant hazard to road users.”

What can you do about your concerns?

While there is a confusion in the market on this topic,  Wrekin Products is raising awareness to educate the industry. Wrekin’s ‘Kick it to the Kerb’ campaign aims to do just this and explains how, if in doubt, the message is to always consult the experts.

Barry, said: “Understandably, many clients don’t have the benefit of full access to the product standards regarding Group classifications and are relying on manufacturers to advise them. But the decision ultimately rests with the client, who is being exposed to potential litigation from any accidents which result from installation failures.

“Wrekin is a responsible manufacturer and supplier which has long been a leader in the field of highways ironwork. We want to highlight this issue to the wider industry to help ensure the highest possible standards are met.”

0 0 0
Previous : JCB driving an Electric Future for Construction on the Isle of Wight
Next : Komatsu acquiring Mine Site Technologies for Underground Mining Connectivity