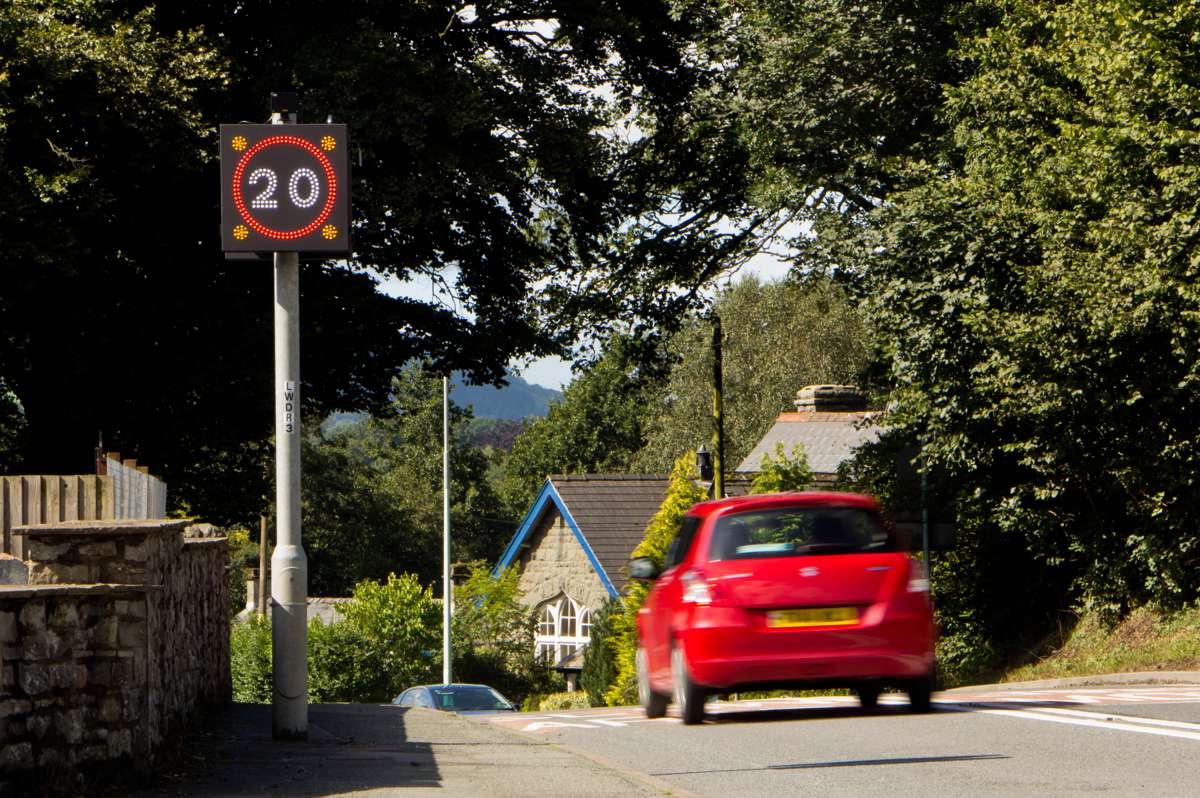 In partnership with infrastructure and traffic management specialist ERH Communications, Messagemaker Displays has supplied its remotely programmable Vehicle Activated Speed (VAS) signs to help deliver safer routes to schools across Wales due to its data capture capabilities and flexibility to display reduced speed limits when required.

In 2015 the Welsh Government announced a new policy to make routes to schools safer, especially those located on a trunk road. The key focus of the scheme was to create part-time 20mph speed limits around schools. In lowering the speed limit, the aim was to enhance safety before and after school and to make drivers aware of the presence of children. This policy was based on trials conducted elsewhere in the UK, which demonstrated the effectiveness of 20mph speed limits in improving safety.

After being recommended for the project, Messagemaker Displays, in one of its first major traffic sector projects, developed a new electronic TOPAS approved Vehicle Activated Speed (VAS) safety sign with variable messaging capabilities. Using 3G data modems, the signs are remotely programmable to allow the 20mph speed limit to be displayed during the required hours and return automatically to the normal speed limit outside of these times. To date, more than 700 of Messagemaker Displays’ signs have been installed on numerous roads around schools as part of this scheme. 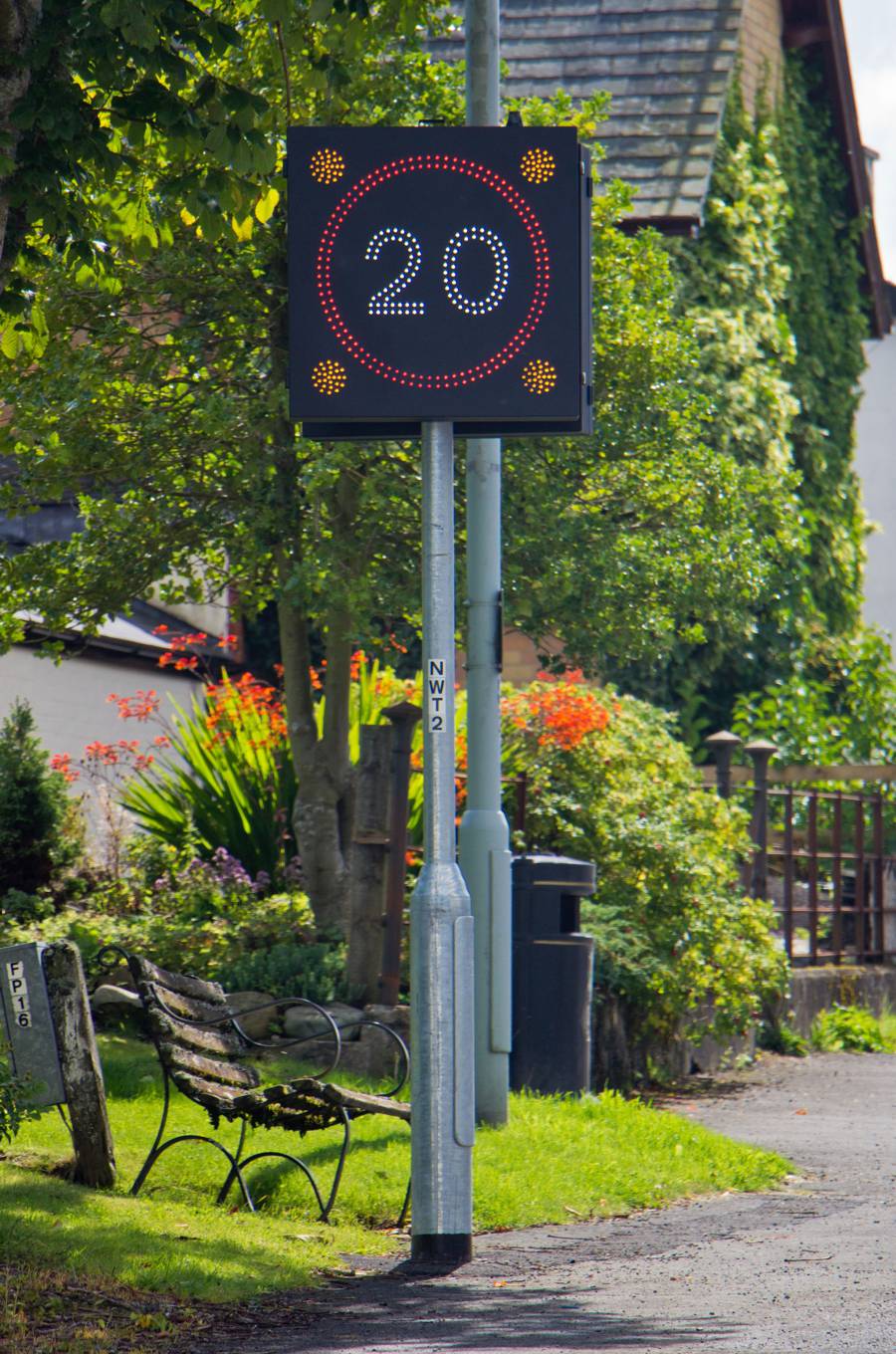 The use of electronic signs, and VAS signs in particular, was the approach recommended in the Government guidance. This was based on the findings of a part-time 20mph speed limit trial in Scotland, which utilised standard speed limit roundel plates with flashing amber lights. It was found that these signs were confusing to drivers and therefore were not as effective in reducing speed and improving safety.

Furthermore, the signs selected for the scheme needed to allow the flexibility to only have the reduced speed limit in operation when it was needed. Therefore, it was important to be able to easily set the days and times to correspond to the schedule of each school. This includes ensuring the signs are not active on inset or teacher training days as well as any other time when the pupils are not present. With the Messagemaker Displays solution, the full school year calendar can be remotely uploaded to the signs so it only shows the lowered speed on the relevant days.

The low wattage, mains powered signs – consuming on average 31W of power when in operation – use the latest LED technology to ensure the speed limit is bright and visible. The optics of the new generation signs are fully compliant with EN 12966 and have a narrower, yet brighter beam to reduce light pollution to adjacent buildings and houses. The LED display has 128 levels of brightness to suit all conditions from bright daylight to night-time. 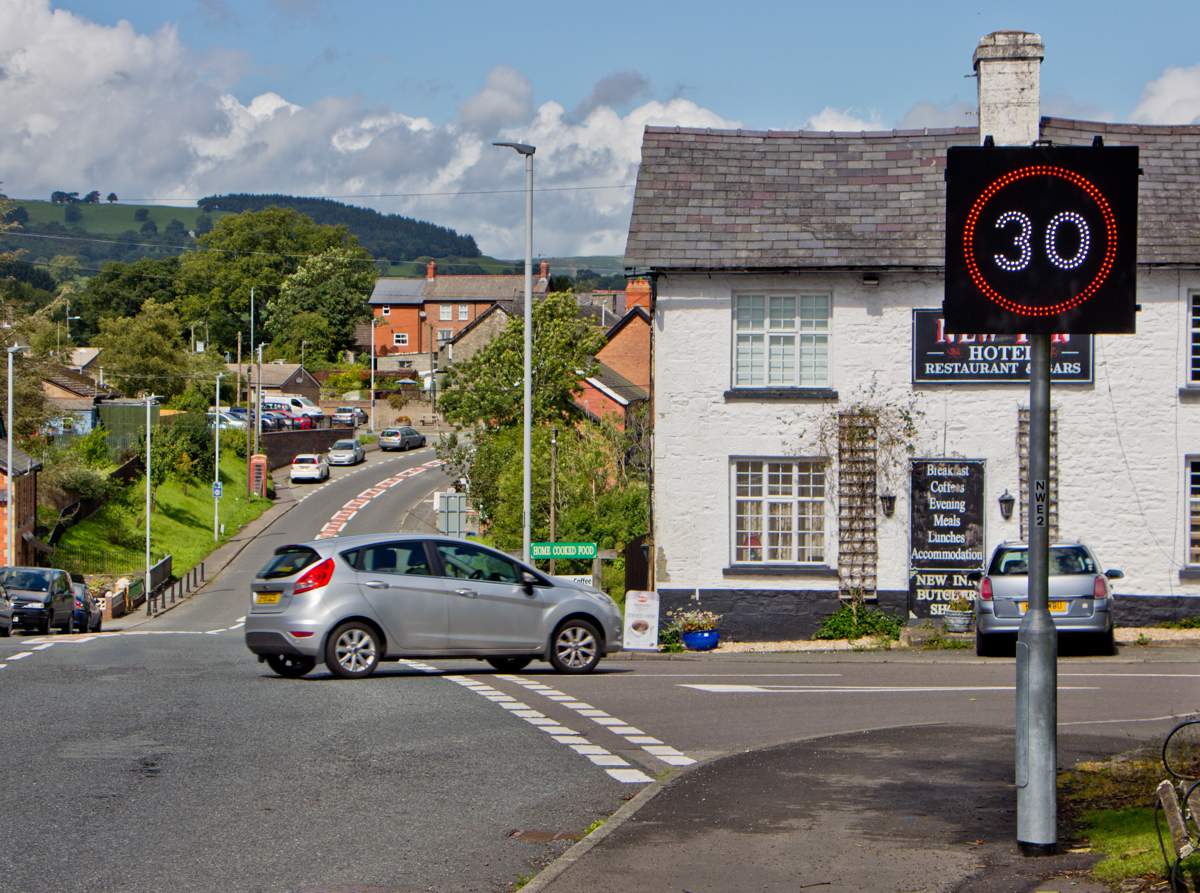 To support enforcement of the lowered speed limit, it was important for the activated signs to appear correctly in police photographs when used as evidence of speeding offences. The Messagemaker Displays signs used for this scheme had a higher than standard refresh rate, more than 1,000 Hz, to achieve this. The signs underwent extensive testing to receive approval from the police and Welsh Government.

In addition, the signs used in the scheme have to collect traffic and speed data at all times to monitor their own effectiveness in reducing speed and assess the need for enforcement measures. The Messagemaker Displays signs feature data capture capabilities and the remote connectivity makes retrieval of the collected information simple. 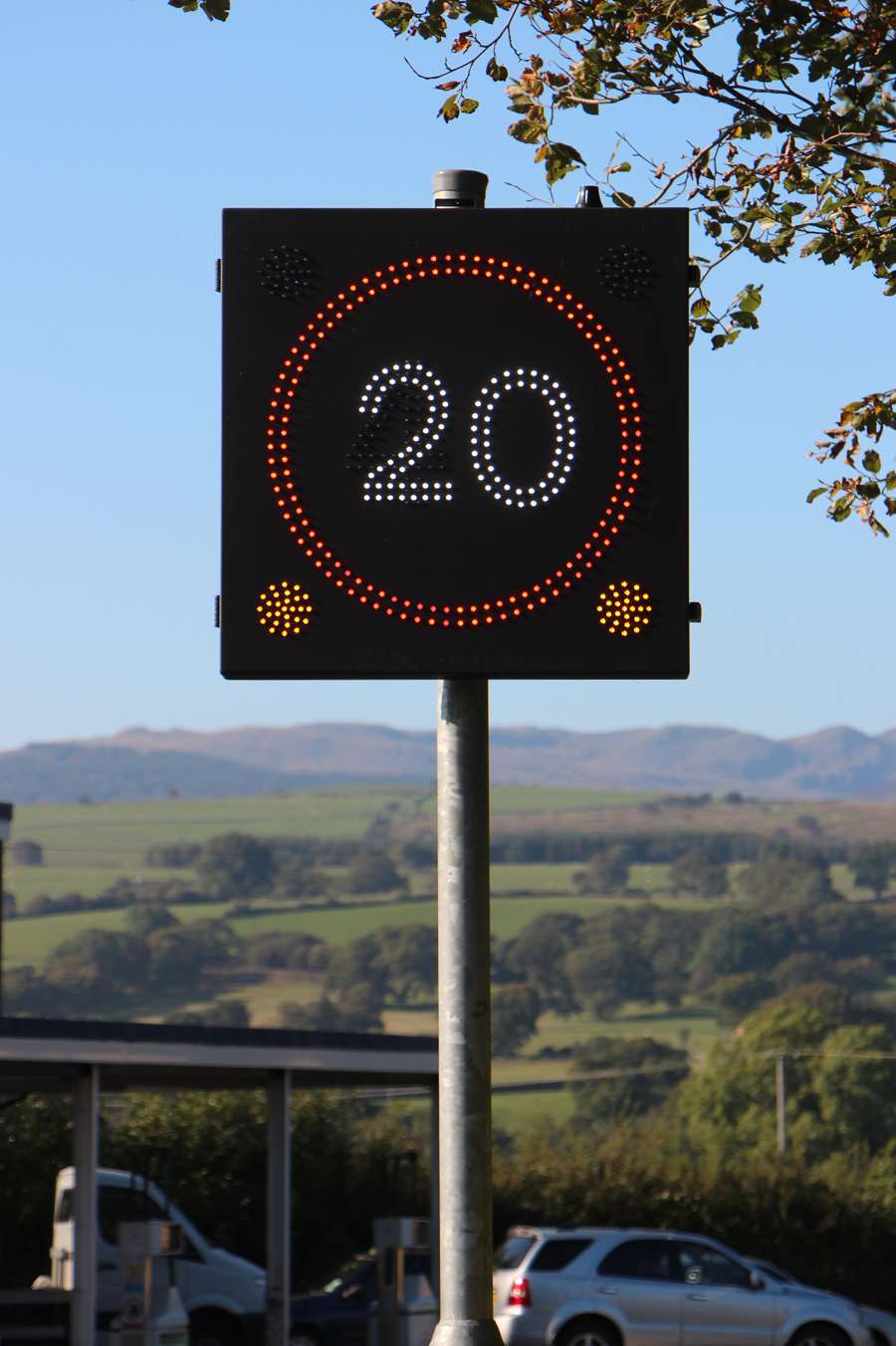 Santosh Surabi, Technical Director at Messagemaker Displays said: “We are proud to have been part of this pioneering scheme, which has made a real difference to the safety of roads around schools across Wales. The first signs to be installed have now been operating continually for more than six years with only one unit replaced across the entire scheme in that time.”

Messagemaker Displays is continuing to work with the local councils on rolling out upgrades to the signs. The signs’ technology also has the flexibility to upgrade the modems to 4G and integrate further technologies, such as various vehicle detection radars and renewable power sources.