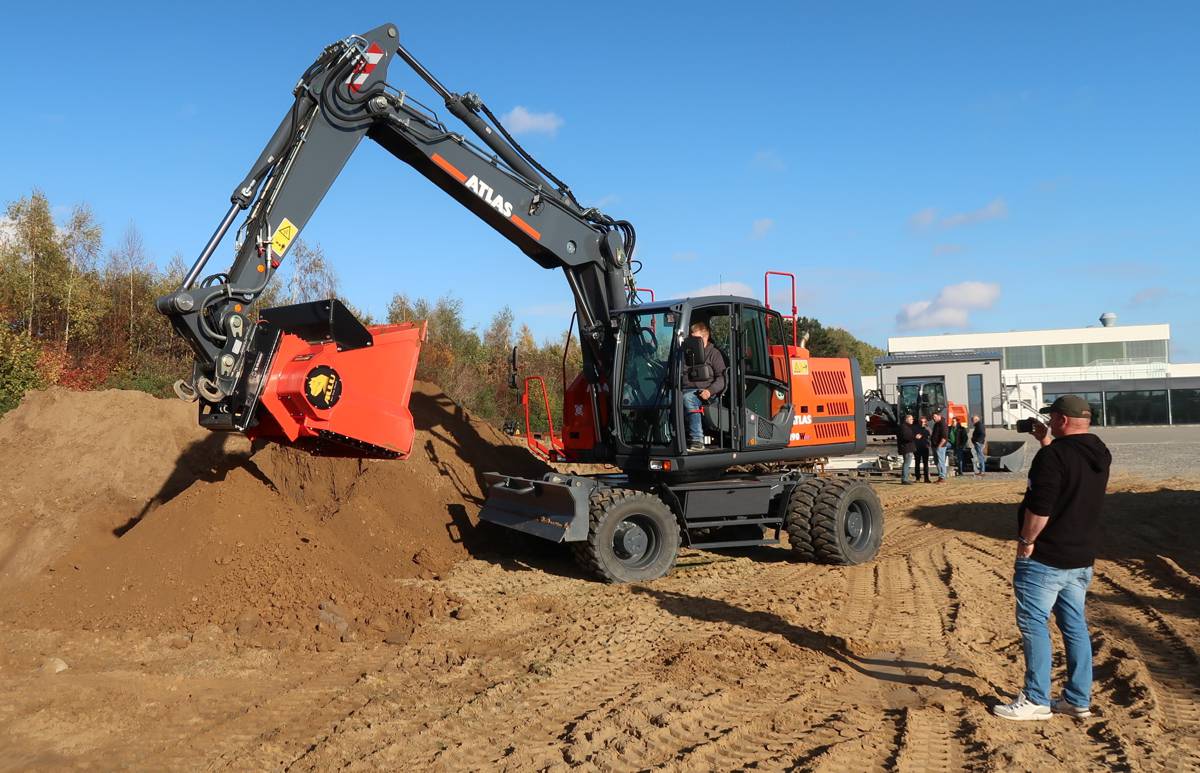 ATLAS celebrates successful events at their Testing Ground in Ganderkesee

ATLAS celebrates successful events at their Testing Ground in Ganderkesee

Several hundred participants have participated in ATLAS GmbH events throughout the year, to familiarize themselves with ATLAS mobile excavators.

The excavator manufacturer from Germany has refrained from participating in numerous fairs (IAA, Innotrans, bauma) in order to reduce costs, and instead offered customer events, as well as tours in their adjacent production facility at the testing ground in Ganderkesee,

“We were able to provide assistance and impart knowledge to the participants who arrived with a lot of questions regarding mobile excavators. The events were the appropriate framework to clarify complex and difficult questions on the ‘working equipment’ excavator” says Frank Lueken, Director Product Development & Special Projects, ATLAS GmbH. 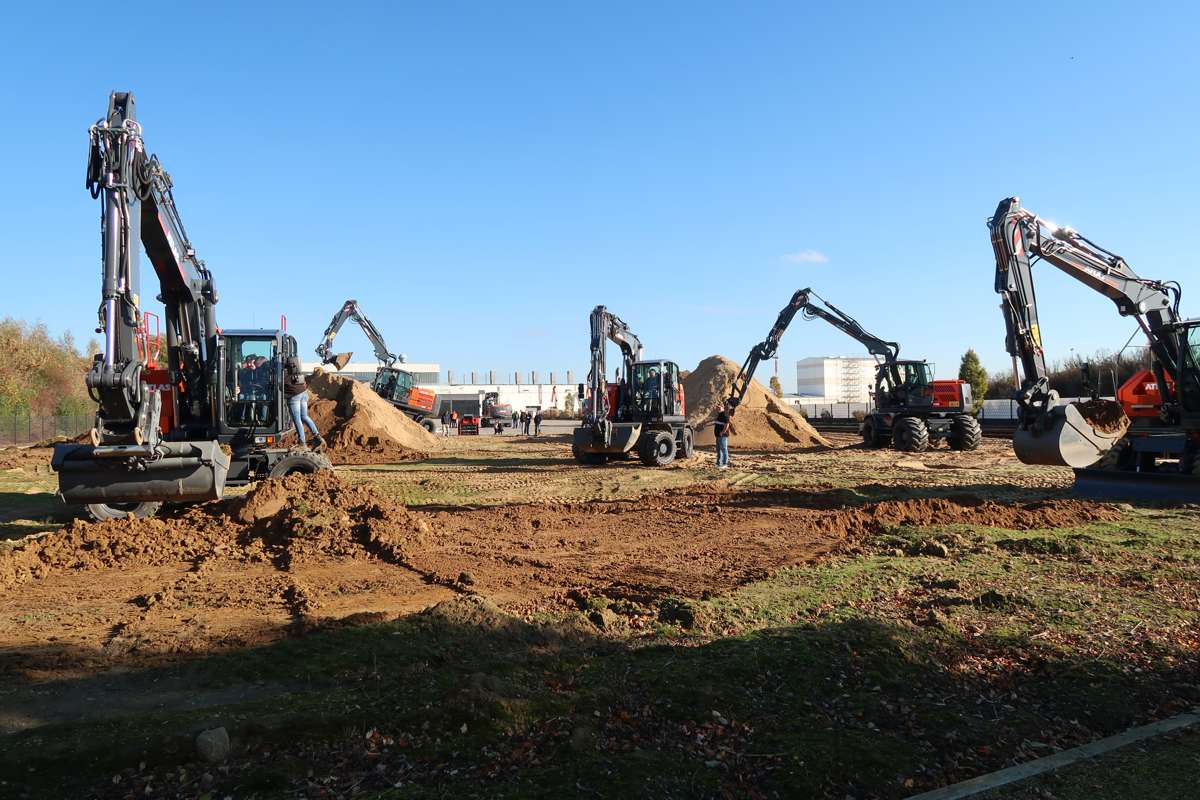 The participants were solely experts from within the industry. They tested the machines skilfully at the testing ground. At the centre of attention where especially the mobile excavator 160 W with 17.5 t operating weight and the short-tail wheeled excavator 175 WSR.

The visitors were clearly impressed by its power and manoeuvrability – with an undercarriage of just four meters and a tail swing radius of 1.72 m. The undisputed eye-catcher was “bigfoot” with its enormous sturdiness and off-road capability.

The extreme wide and big tires 710/45-26.5 20 PR minimize the ground pressure immensely. An especially constructed undercarriage does not restrict the operating movements. During the testing new questions arose which were answered just as professionally. 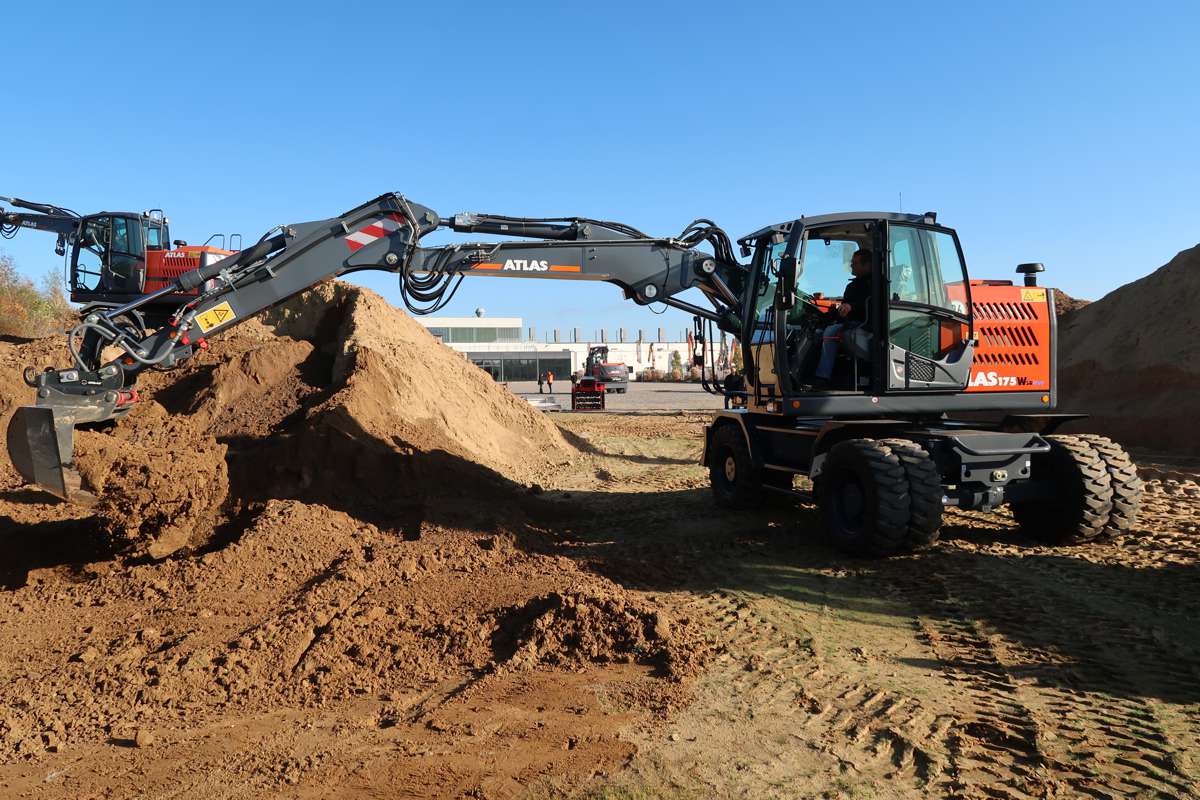 Another highlight of the respective event was visiting the production facility and to witness the high level and well thought out production of excavators in Ganderkesee.

“These meetings of excavator experts were of a very high standard. Maybe as a result of this, there was an excellent atmosphere,” Frank Lueken sums up.