Rijkswaterstaat has achieved an important milestone in the construction of the new sea lock in IJmuiden. The second caisson of the sea lock has reached its final position. The doors of the lock will slide in and out of the caisson on the canal side (inner lock head) and it will also include the spare door.

During recent months, OpenIJ (a joint venture of BAM and VolkerWessels) immersed the caisson over 18 metres in a controlled manner. For this technical achievement the caisson was lowered centimetre by centimetre into its final position. The caisson is 81 metres long, 55 metres wide and 28 metres high, it weighs 150,000 tonnes.

This construction is substantially bigger than the caisson on the seaside which is 80 metres long, 26 metres wide and 24.5 metres high. That caisson was lowered into its final position last year.

The caisson was lowered using remote-controlled jet pipes to remove the underlying sand. Robotic arms were used to discharge the sand. The process was monitored carefully 24/7 with several cameras installed under the caisson as well as sensors and measuring instruments.

The next step will be to fill the space beneath the caisson with concrete. OpenIJ will continue to work on the sill on which the doors will slide.

Work has been underway in IJmuiden since 2016 to construct the world’s largest sea lock, which will accommodate increasingly large seagoing vessels.

The new lock, which will be 500 metres long, 70 metres wide and 18 metres deep, is a joint project between the Dutch Ministry of Infrastructure and Water Management, the province of Noord-Holland, the municipality of Amsterdam, Port of Amsterdam and the municipality of Velsen. Commissioned by Rijkswaterstaat, the new sea lock is being built by OpenIJ consortium.

It is expected that the sea lock will be ready to use in early 2022. 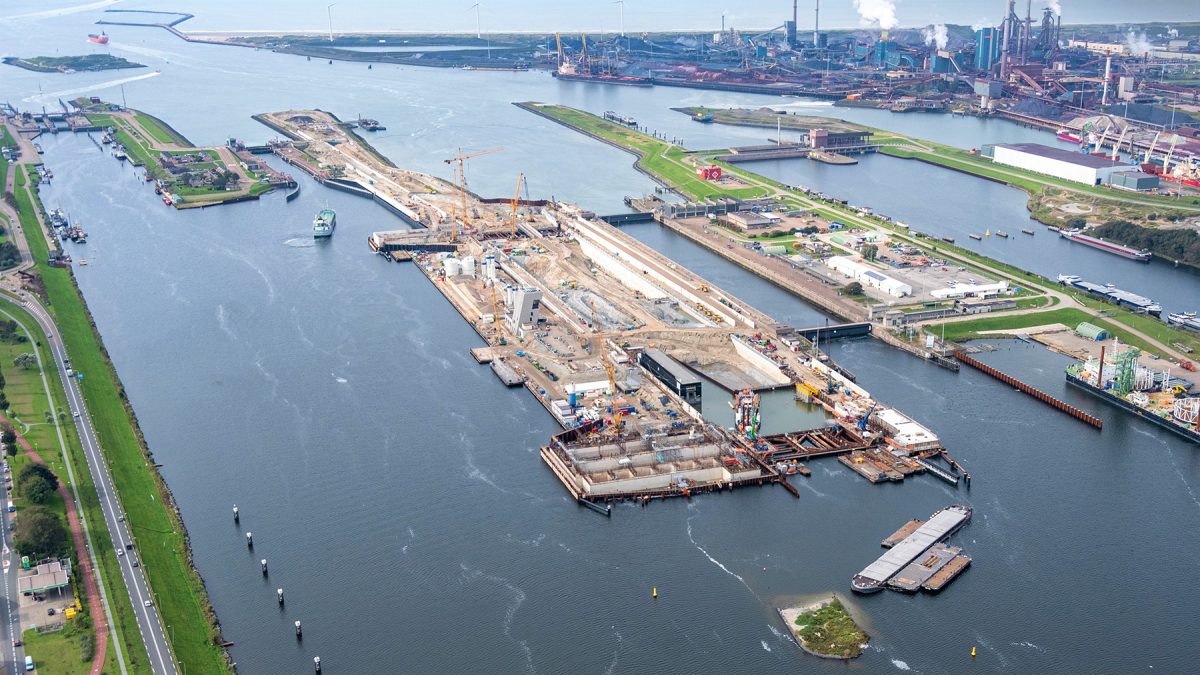 Sustainability and innovation are major drivers of BAM’s design, construction and facility management solutions. The Group has an aspiration to become the market leader in the use of digital technology to ensure that clients receive the highest possible standards of quality.

BAM has annual revenues of about €7 billion, employs approximately 20,000 people and is listed on Euronext Amsterdam.