With the current coronavirus situation making its mark on the world, many governments and authorities have had to rethink their entire approach in terms of alternative transport mobility.

When it comes to minimizing carbon footprints and the alternative approaches to the almighty car, cycle paths have seen a boom in recent years.

There have been numerous technical improvements in terms of how the average cyclist has used their preferred mode of transport, but there have been so many innovative infrastructure changes in the world that have revolutionised this once modest approach to transport.

Let’s provide you with a handful of the latest approaches in cycling infrastructure, which has made a massive difference to each localised area.

Cyclists know the importance of safety in every area when using a helmet to wearing illuminating clothes. For many cyclists, the major concern is if a driver can see them during the night. Even those that have their own cycle lanes can worry during night-time.

No matter how many fluorescent items of clothing they have, the inability to see during night-time can be a worry. This works with a fluorescent coat absorbing sunlight during the daytime. When the sun goes down, it radiates this light. This can throw up concerns, especially if there’s minimal sunlight.

Even if there is only one hour of sunlight every day the coat functions adequately and is long-lasting. Countries like Poland and the Netherlands have already incorporated this approach.

While how many countries have encouraged people to get on their bikes one of the major problems with this infrastructure, especially in terms of its increased use over the last few months is that there is no room for bikes to park up.

There are spatial constraints that mean little opportunity to build more bike racks. But underground bike garages like the Eco-Cycle garage in Japan have navigated this issue effectively by putting your bike into a groove in front of the entrance door and waiting for it to be transported into a free “parking spot” underground.

Combating the increased use of plastics over the last few years the Dutch city of Zwolle used recycled plastic to build 30m of cycle lane. Reusable material already saves money but using old plastic pre-manufactured material allows you to create additional components such as rain gutters.

Rain gutters are easily incorporated into these lanes which can be used to store water which doesn’t just protect the cycle path from flooding but can also make use of the rainwater.

One of the major concerns, especially during rush hour, is cyclists and cars using the same street. Not every country is forward-thinking in terms of cycle lanes. But there are countries that have incorporated cycle superhighways. This allows cyclists to go forward quicker without having to stop at red traffic lights.

When cyclists are using the same street as a car during rush hour, the stress associated with being overtaken by cars that don’t adhere to the site clearance rules hinders cyclists in many ways. In addition to this, the reason superhighways and cycling tunnels have been incorporated in many countries is to show that cycling is an important alternative to cars or public transport. 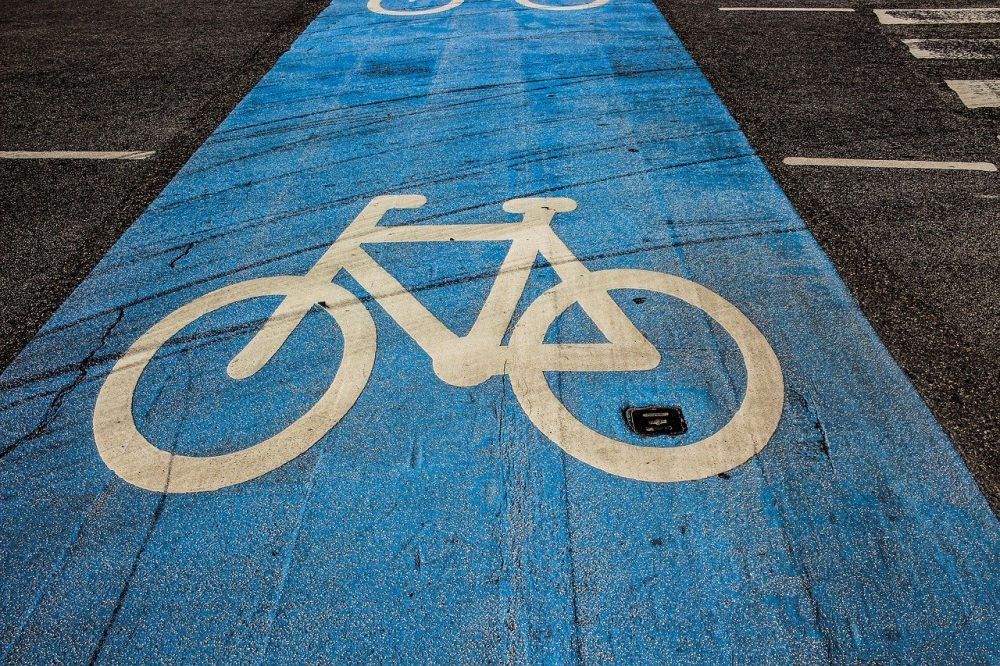 One approach involved reducing the number of road lanes and create vehicle restricted zones as well as environmental traffic “cells.” One notable example of this in the United Kingdom is the traffic congestion charge, which has started to spread from London into other cities. Authorities have also incorporated approaches to reduce car parking capacity. One notable example of this is the city of Amsterdam with approximately 40% of all trips are completed by bike.

Cycling isn’t just a pastime for the physically fit, but there are many cities where cyclists need to get around climbing the most demanding hills. This can prove to be a very arduous task. But there have been approaches such as in Trondheim, Norway, where a bike lift was incorporated.

Using a lift to get to the top of a hill while sitting in a saddle means that they are able to relax while controlling the speed of the saddle by shifting their weight. After a rebranding in 2013 under the name of CycloCable, which overcomes 130m of distance in 63 seconds. Winterthur in Switzerland has also adopted this idea.