These software technologies, which are also available on Skydio 2, are part of the company’s accelerated product roadmap for the enterprise and government market, and were announced today in concert with $100M in Series C funding.

Despite the tremendous potential that drones hold, their adoption among enterprises remains limited. In a recent poll, 55% of enterprise users pointed at the risk of crashes as the top concern with conventional manual drones, followed by hiring experienced pilots and data security concerns. The productivity loss and safety issues created by manual drones prevent organizations from scaling their programs.

“Manual drones lack the software intelligence that enterprises need to scale their programs,” said Adam Bry, Skydio CEO. “Skydio’s goal is to unlock the value of drones by creating a radically simple user experience through the power of true autonomy. With Skydio 2 (S2) we’ve proven that our autonomy software can fundamentally change the way people use drones, and that an American company can not only compete, but can lead the way in AI-powered drone technology. We are now bringing the power of autonomy to enterprises, government agencies, first responders, and defence customers.”

Skydio Autonomy is the AI-powered brain built into every Skydio drone. Our autonomy technology enables a breakthrough flight experience and can be extended with specialized software skills to perform end to end automation of complex workflows. Leveraging advanced computer vision and deep learning, it creates a 3D understanding of the drone’s surroundings in real-time and predicts into the future to make intelligent decisions. Skydio Autonomy enables Skydio drones to fly themselves with the skills of an expert pilot. It can also serve as an expert co-pilot, turning anyone into a skilled operator, while Skydio Autonomy dynamically controls the drone’s navigation to avoid obstacles even in GPS-denied environments.

Thanks to these unmatched autonomy capabilities, the Skydio 2 is already being used by enterprises and government agencies. Today, leading organizations such as Civil Air Patrol, Ohio Department of Transportation, North Carolina Department of Transportation, Southern Company, Chula Vista PD, and Japan Infrastructure Waymark use the S2 to simplify data collection in inspection, search and rescue, situational awareness, and emergency response use cases.

To address a broader range of enterprise requirements and use cases, today Skydio announced a new drone product line and several software products for situational awareness and inspection, including:

Skydio X2 is a new family of products that pairs breakthrough autonomy software with a ruggedized airframe with folding arms for easy “pack and go” transportation, a thermal camera, and up to 35 minutes of flight time. X2 is equipped with six 4k navigation cameras for 360-degree obstacle avoidance and a dual sensor payload that includes 12MP color and 320×256 LWIR sensors. Designed, assembled, and supported in the USA, the X2 turns anyone into an expert pilot. It will initially be available in two configurations:

X2 pairs with the new enterprise-grade Skydio Enterprise Controller with a built-in touch screen, glove-compatible controls, and a new wireless system to extend range up to 6.2 kilometres.

Austin Worcester, Senior Program Manager, Small Unmanned Aerial Systems at Civil Air Patrol, said: “We have been testing Skydio drones extensively for Search and Rescue missions. Skydio’s autonomy capabilities allowed us to perform better operations, more efficiently. Their trustworthy obstacle avoidance makes it possible for us to do flights at low-altitude and in complex urban environments that we would otherwise not be able to perform. The ease of flight that Skydio drones provide lets us on-board new pilots faster. We are excited to hear about Skydio’s plans with X2 and look forward to adding it to our fleet.” 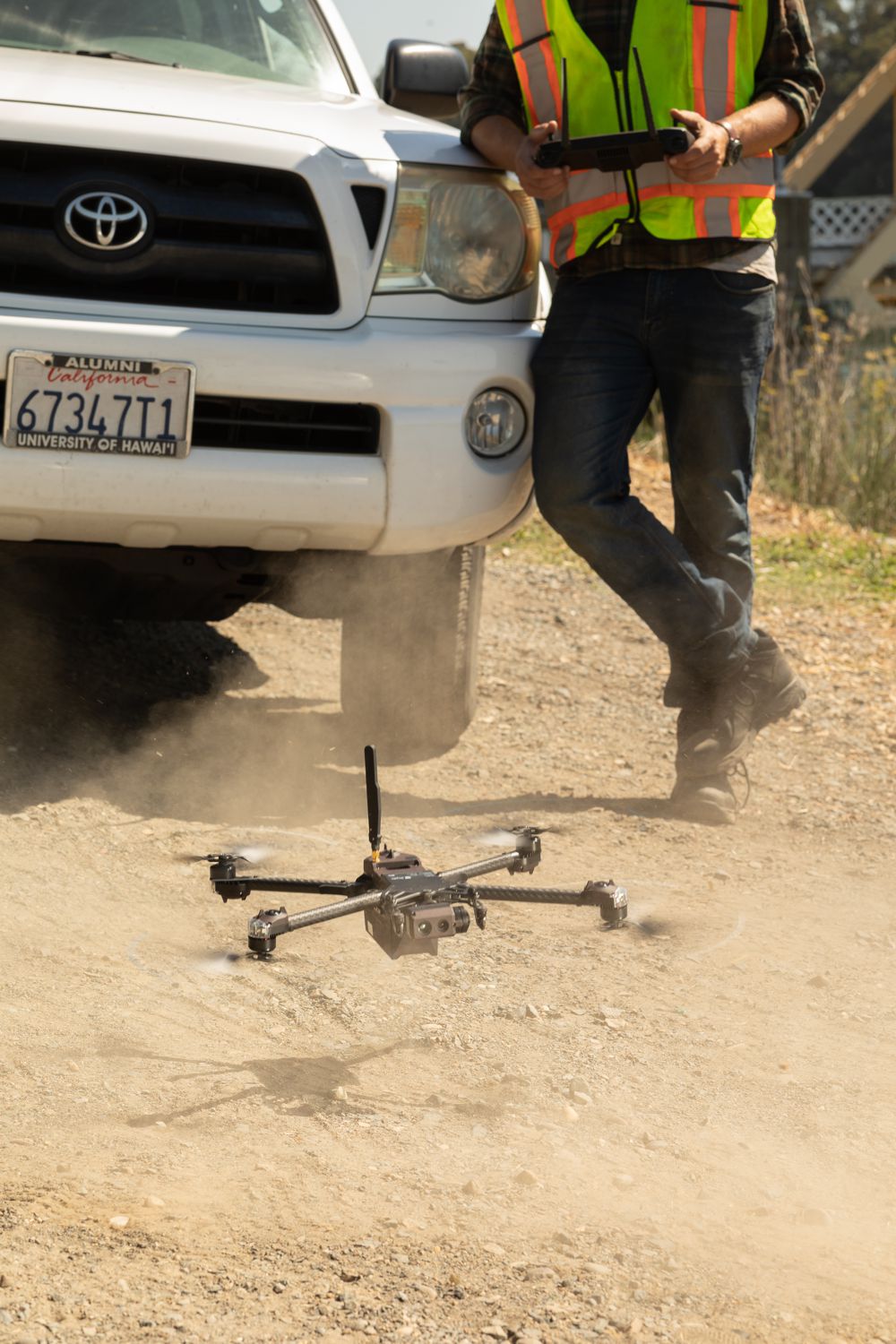 Skydio Autonomy Enterprise Foundation enhances Skydio’s Core Autonomy system with powerful pilot-assist capabilities that make every flight safer and more efficient for everyone from novice to expert operators. Features include:

Unlike inspection conducted with manual drones, Skydio 3D Scan enables a fully automated, structure-agnostic process that does not require any prior knowledge of the inspected structure and can operate in GPS-denied environments or without internet connection. Operators can specify the area or volume to inspect, pick a desired imaging resolution, and the AI-powered Skydio 3D Scan does the rest, autonomously imaging all surfaces with precision by dynamically building a real-time map as the drone flies. The resulting imagery has no gaps in captured data, and is optimized to ensure effective photogrammetry.

Thanks to Skydio’s close proximity obstacle avoidance and full range gimbal motion, Skydio 3D Scan can be used to accurately inspect any structure, even with obliques and concavities, and can inspect areas inaccessible to other drones, such as the bottom of bridges, walls, overhangs, and near-the-ground details. 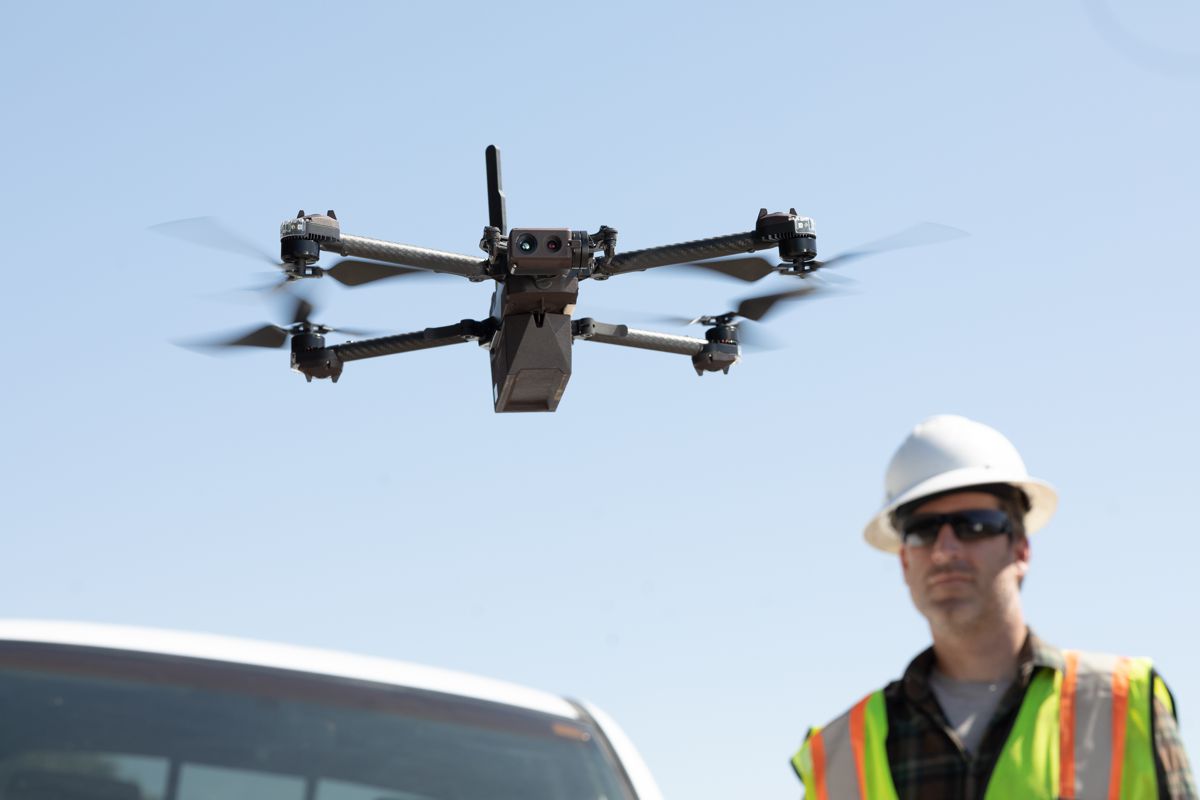 Skydio House Scan will be available in Q4 2020.