The placement of guideway concrete is the latest construction milestone for the $4.9 billion mega infrastructure project, which is scheduled for completion in 2023. A 2.25 mile elevated electric train system that will transport travellers in and out of the LAX Central Terminal Area, the APM will connect airport terminals to offsite parking facilities and a new Consolidated Rent-A-Car facility while establishing a direct connection with regional public transportation for the first time.

“The APM project is a critical component of plans to transform the world’s third busiest airport as Los Angeles prepares to host the 2028 Summer Olympics,” said Terry Towle, group president of Fluor’s Infrastructure & Power business. “Logistically, this project is exceptionally challenging, requiring close coordination with numerous public and private entities. As the system takes its aerial form, the future of LAX is steadily being revealed.”

The APM’s 2.25 mile elevated guideway will be constructed using cast-in-place methods, span by span for 93 spans. The average length of each span is 85 feet and an estimated 72,000 cubic yards of concrete will be used to build an entire guideway segment, which includes the foundation piles, columns, guideway deck and concrete tracks. Construction of the guideway deck for the entire APM system will require approximately 304 major concrete placements.

“Most of the early construction progress took place underground to construct and relocate critical utilities and build the guideway foundations,” said Sharon Gookin, executive project director at LINXS Constructors. “Although not completely visible, now our progress is unmistakable and excitement is building among the team and the local community.” 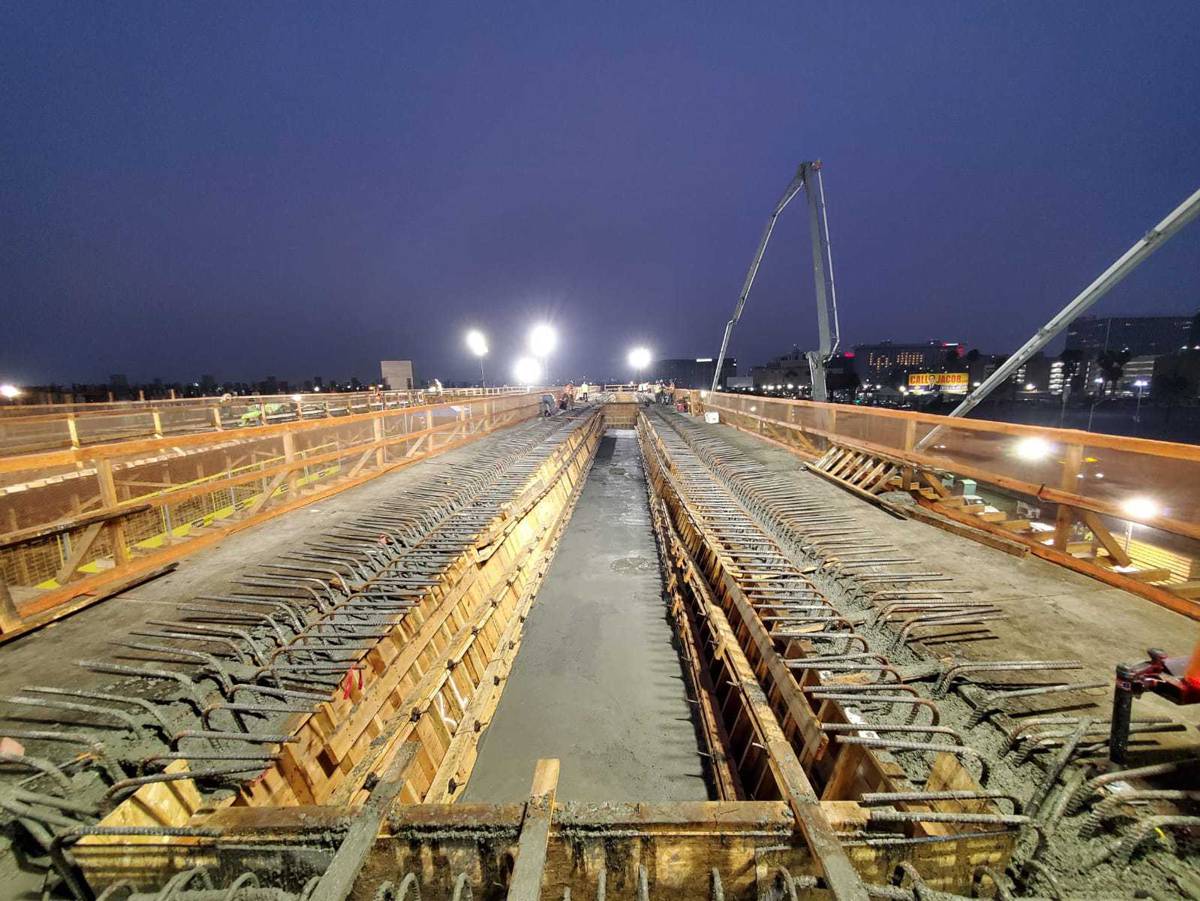 0 0 0
Previous : GEOBIM 2020 Virtual Conference open for Registration
Next : Monaco Solicitors guide to the Coronavirus and employee rights in the UK