The scheme to ease congestion at one of city’s busiest roundabouts was presented with the Re-Engineered Project Over £3m Award at the Institution of Civil Engineers (ICE) South West Civil Engineering Awards 2020.

The Judging Panel said: “It is a great example of engineering with people in mind. There was really good communication and articulation with the local community of what was being done, why it was being done and what would be achieved.”

A key objective of the £7.4m scheme was to improve capacity for vehicles through additional traffic lanes, reducing congestion and improving air quality while providing enhanced facilities for pedestrians and cyclists, offering more consistent and improved journey times.

Mike Gallop, Chair of the Judging Panel and Route Director, Western, Network Rail, said: “At no time since the early part of the Twentieth Century have we needed skilled engineers as much as we do today to help our country recover from this global pandemic. These winners show that we have the skills across the South West to do exactly that. I am sure they will help inspire the next generation to show what is possible in this wide and exciting field.”

The award winners were announced at an online event on Thursday 24 September 2020, after the physical awards ceremony, scheduled for early July, had to be cancelled due to the Covid-19 pandemic. Writer and broadcaster, Judi Spiers hosted the online event, which was sponsored by Kier Bam, Hays Specialist Recruitment and Tony Gee and Partners.

Miranda Housden, Director of ICE South West, said: “The field this year has been truly inspirational with projects that capture the imagination and push the boundaries of civil engineering.  Moving our awards ceremony online allowed us to include many more people and it was fantastic to share the experience with our members and industry partners. Well done to the winners and to all those shortlisted.” 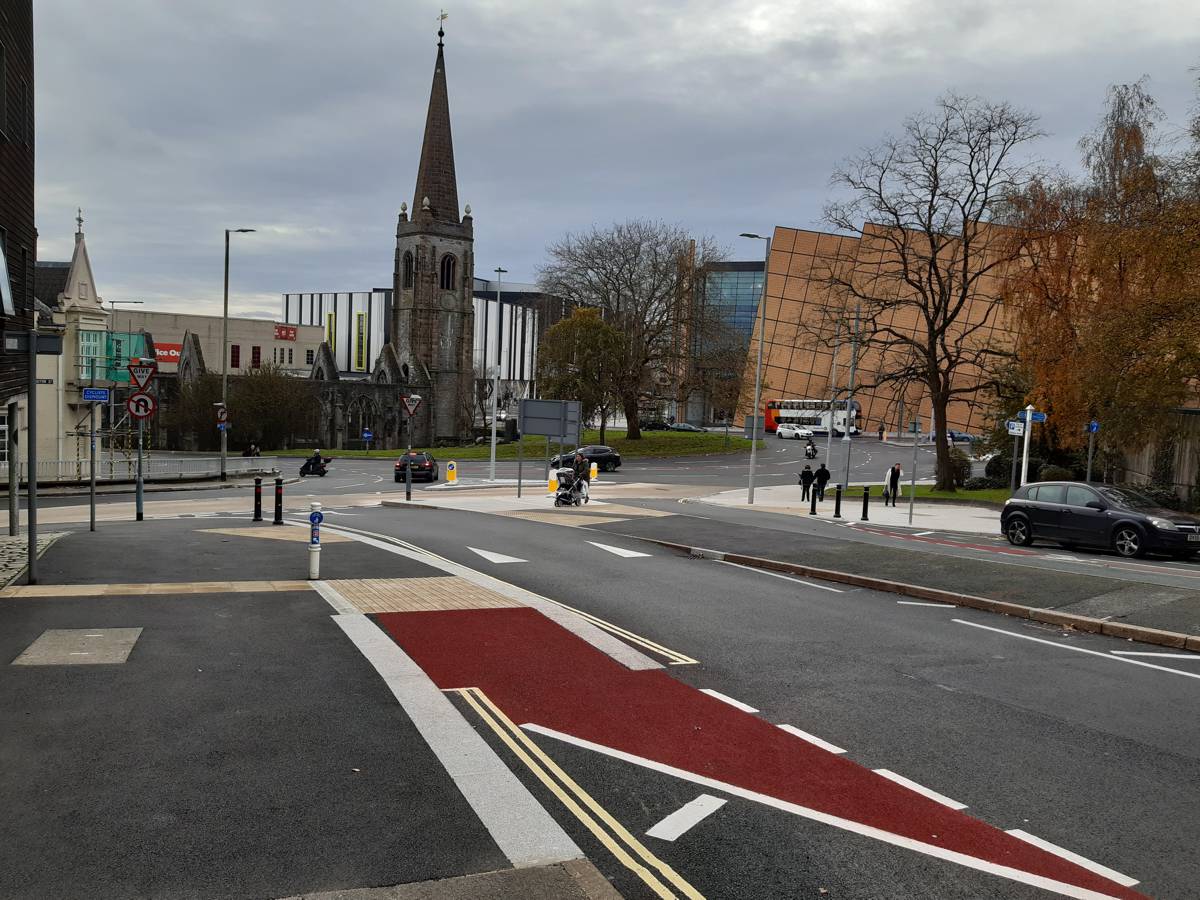 Plymouth City Councillor Mark Coker, Cabinet member for Strategic Transport and Infrastructure, said: “Charles Cross was a fantastic success and I’m very proud to have received this fantastic award. I’d like to thank our construction partners at Balfour Beatty, all of the sub-contractors and of course, the Council officers who together helped to make the scheme work as well as it did.”

Karl Tucker, Chair of the Heart of the South West Local Enterprise Partnership, which partly funded the project with £2.1m said: “I’m delighted to see one of our Growth Deal funded projects receive recognition for its design and positive impact on the local community. Our Growth Deal investment programme was developed to generate growth across Devon, Plymouth, Somerset and Torbay by supporting 69 infrastructure and skills projects. Well done to the project team for Charles Cross Transport Improvement Scheme for winning this prestigious award.”

The Institution of Civil Engineers is the oldest professional engineering association in the world, representing more than 95,000 civil engineers and technicians across the world, with over 6,000 members in the South West, who design, build and maintain the region’s infrastructure.