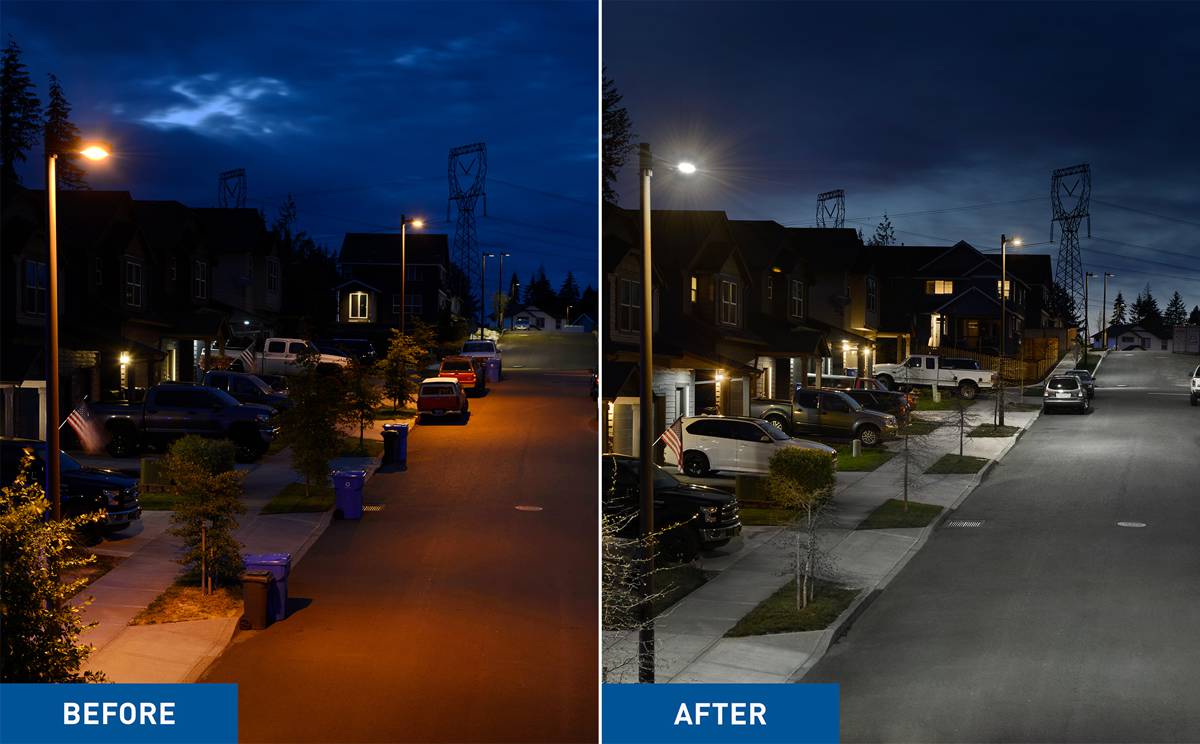 Cree Lighting announced the completion of an extensive project in the City of Sandy, Oregon, converting all of the city’s street lights from inefficient high-pressure sodium lamps to long-lasting, highly efficient LED lamps.

The City of Sandy, located in the foothills on the west side of Mt. Hood, had been searching for a solution that offers both sufficient and comfortable illumination for pedestrian and vehicle traffic while also supporting sustainability initiatives, providing savings to local taxpayers.

“After reviewing many brands of LED fixture options, we chose Cree Lighting’s RSW Series because of its quality of light, reduction in glare, and high lumen count and lumen maintenance,” said Mike Walker, Public Works Director for the City of Sandy, Oregon. “Cree Lighting’s experience in the field and 10-year warranty were also big factors in the decision-making.”

Because street lights are often one of the most significant expenses municipalities have, potential savings is another key area to consider. For the City of Sandy, Oregon, selecting and utilizing Cree Lighting’s RSW Series LED luminaires in a variety of sizes for its street lighting was the answer.

For years, the street lights in the City of Sandy were owned by the municipality and maintained by local utility Portland General Electric (PGE). However, after studying the potential cost savings of having the city take over maintenance of the lights, Walker and other city leaders decided to make the conversion. By doing so, the city had more control over the project and has been able to realize the full benefits LED lighting provides.

Another incentive the City of Sandy had for switching to LED luminaires was the new rate structure that had been put in place by PGE for customers using LED technology. “After PGE converted the street lights they own within the city’s limits, we began to take a closer look at what was involved to do the same,” said Walker.

With the conversion now complete, the city is expecting a 58% reduction in street light energy consumption and an annual savings of approximately $68,000. And, by tracking the reduction in kilowatt hours, the city is receiving $45,000 in rebates from Energy Trust of Oregon, taking the total expected financial benefit to over $100,000 in the first year, and total 10-year savings of $720,000.

Municipalities throughout the country are switching to RSW Series LED luminaires for street lighting. “Some of the feedback we’ve already received on the RSW is that citizens love the light,” said Erik Milz, Vice President of Products at Cree Lighting. “It’s an extremely pleasing light and it doesn’t have that harsh glow that’s often associated with LED. And, because the RSW Series is such an efficient product, towns immediately start to realize the cost savings from the energy usage.”

The City of Sandy feels confident in its decision to move forward with the conversion to RSW Series LED luminaires for street lighting. According to Walker: “By all accounts the project has been a great success. Now that the new lamps have been installed and you can see the quality of the street lighting throughout the city, we know we made the right choice.”