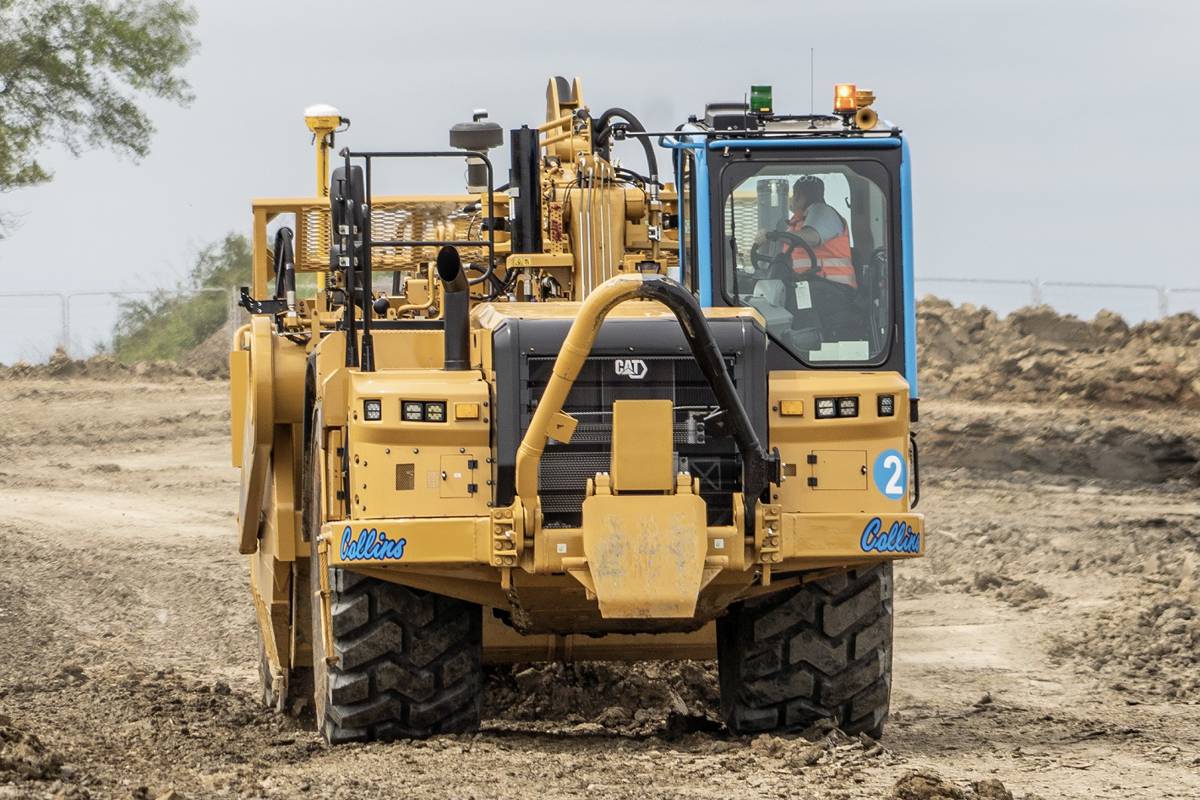 Finning UK & Ireland, exclusive distributor of Cat products, dispatched the new additions to the fleet, including a Cat D7, D9 and several D6 XEs to the company, to support the earthmover’s work around the Midlands.

Collins Earthworks, based in Ripley, Derbyshire, has been managing earthworks projects for 20 years, developing a strong working relationship with Finning for the last 10–15. Due to this, Collins came to Finning with a need for machines to support its project on the Northampton Gateway and opted for the Cat 637 scrapers — machines rarely seen in the UK.

Adding to the uncommon nature of these machines, Collins has also opted for push/pull systems, negating the use of trucks and excavators. The push/pull system concentrates the combined horsepower of the tractor and scraper onto one cutting edge, allowing two individual scrapers to act as a self-loading system — typically loading both machines in less than a minute, one after the other. 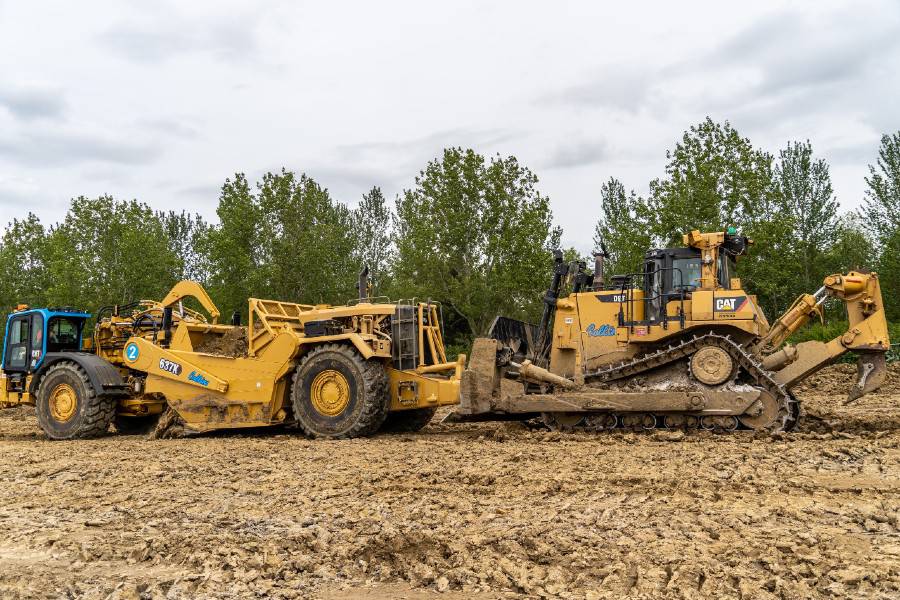 “As we are continuing to work on various projects — big and small — throughout the UK, having the 637K scrapers in our fleet gives us the flexibility to fulfil any project efficiently” said David Collins, Managing Director of Collins Earthworks. “Earthmoving work comes in all shapes and sizes, and there is no “one fix for all” solution. Having a mixed fleet including the 637Ks, excavators and articulated dump trucks (ADTs) means that we have the versatility to complete any job, setting us apart from our competitors.”

“It is amazing to see an investment into Cat 637Ks here in the UK — scrapers fill a niche in earthmoving that no other machine can compete with, and we haven’t seen these kinds of machines in the UK for a number of years” said Jake Wright, National Account Manager at Finning UK & Ireland. “A good fleet of scrapers can make it much cheaper than the number of excavators and trucks that would need to be used to move the same amount of dirt.

“Convenience is also key here. An efficient groundworks operation with excavators and trucks will often take several people, whereas at a moment’s notice, one operator can get on the scraper and do the same job. For short distance bulk earthmoving they are lower cost and faster than any other haulage unit. I don’t think any other setup can compete with a push/pull tandem scraper setup in sand, gravel, clay or topsoil.”

To get the most out of the new investment, Finning will also be providing Collins with machine familiarisation training on the wheeled-tractor scrapers, as well as operator efficiency training during a revisit in the next six months. The machines also benefit from an extended warranty and a full preventative maintenance program, so that Collins is safe in the knowledge that Finning experts will be on hand at any time of the day.

To find out more about the Cat 637K Coal Bowl Scrapers or how Finning can assist with operator training and preventative maintenance, visit the Finning UK & Ireland website.