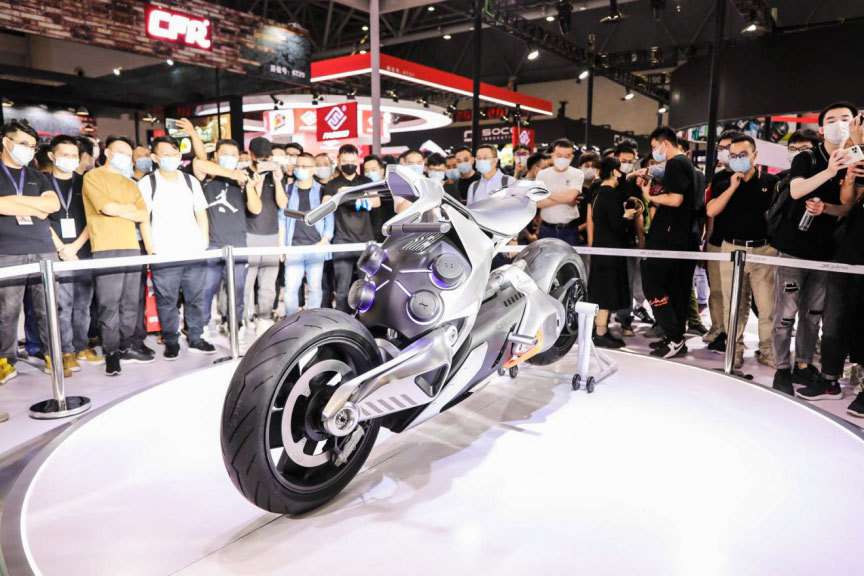 In X-IDEA’s launch conference, the CEO (Jiang Ming), VP and Chief Design Officer Lu Xiang (Luke) and other leaders made strategic speeches consecutively . It was evident from their speeches that most of the current innovations are focused on performance and appearance.

Source of The Concept

“Considering all life evolved from the cell , hence we are wondering whether two-wheeled vehicles can also evolve in a similar manner. On the vehicle itself, XCELL Chassis as well as suspension should be flexible and solid as the bone, instead of acting as cold machine, or we called it the extension of the rider’s limbs . Based on these concepts , we conducted brainstorm internally , and result in a style involving hydrogen power, riding posture (at any time) adjustment, with organic appearance.” said by Luke Lu , XIDEA Chief Design Officer.

By changing the sitting position, riders can choose and switch at any time to his most comfortable positions.

The intelligent active safety system offered from XCELL can enable riders with timely obstacle feedback based on road conditions regardless of the objects , it can predict blind corners and expand your field of vision.

The XCELL hydrogen-powered fuel cell fitted with four storage tanks in the front that generate driving force through the chemical reaction of hydrogen and oxygen.

New two-wheeler concepts , X-CELL , represents proposal of X-IDEA towards development of the two-wheeler industry in the next ten years , a exploration of the new man-machine relationship in the form of two-wheel riding.