Mabey Hire, whose West Midlands depot is located on the doorstep of the tram line, has been selected as one of several local suppliers to support the development of this new 2.2km tram route. Thanks to its temporary works expertise and regional knowledge, Mabey Hire’s Shaftbrace struts have or are being used to support over 150-metres of ground excavation, forming part of a new line which will take passengers between Grand Central in the city centre, though Victoria Square, before ending in Hagley Road, Edgbaston.

One of the biggest challenges when constructing this hugely important link, is managing this level of construction work in an already highly built up area, while minimising disruption to residents and businesses. The speed, efficiency and safety of the project is also critical. 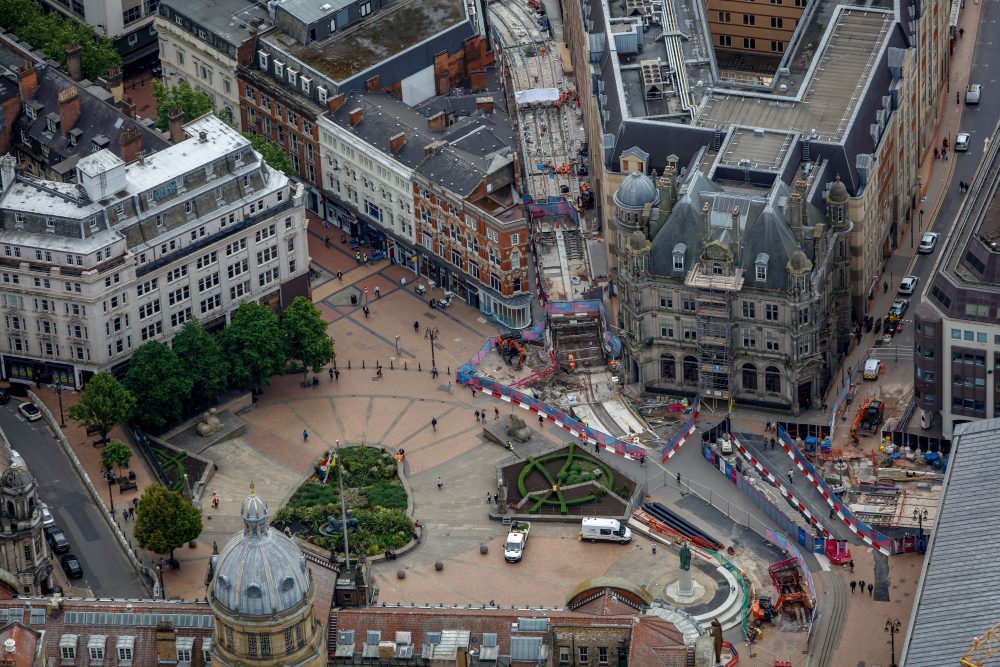 Mabey Hire was initially contracted by the alliance to deliver 100-metres of bespoke excavation struts throughout the Pinfold Street excavation. These struts held the ground open as workers dug down and installed slabs, forming the base of the soon-to-be-installed tramline. Aside from ensuring there is no risk of soil collapse as the dig progressed, the struts also contributed to the protection of nearby historic buildings, which could be damaged by a ground collapse around the construction area.

Following the success of this system, Mabey Hire was then contacted again to provide a further 70-metres of struts for the Broad Street excavation, which is still ongoing.

Paula Gray, Head of Procurement for the Midland Metro Alliance, comments: “We want to work with suppliers who are innovative, agile, collaborative and who always put engineering integrity first. Mabey Hire ticks all these boxes. We also want our suppliers to have local knowledge and expertise and, given the new tramline quite literally runs past the backyard of Mabey Hire’s depot, we knew they could help us accelerate the critical first stage of construction as quickly, safely and efficiently as possible.”

Gordon MacDonald, CEO, Mabey Hire, comments, “Ambitious construction projects like this are critical in driving Birmingham’s ongoing regeneration. We are thrilled to be able to provide Midland Metro Alliance and its contractors with bespoke solutions, local support and the fundamental engineering expertise needed at this early stage of the project lifecycle.”

Midland Metro Alliance is designing and constructing the Birmingham Westside Metro extension in two phases on behalf of the West Midlands Combined Authority (WMCA). The first, between Grand Central and Centenary Square, is due to open later this year. The second phase will take passengers along Broad Street to Edgbaston and will be operational by the end of 2021.

The new services will carry visitors and commuters to key destinations and attractions including Birmingham Museum & Art Gallery, the new HSBC headquarters, the Arena Central and Paradise regeneration sites, Brindleyplace, Symphony Hall and the Town Hall.

The ambitious and complex tram extension programme is part of a broader drive by Birmingham City Council to improve connectivity into Birmingham ahead of the 2022 Commonwealth Games and to boost investment, jobs, and growth in the Midlands.