This year marked 50 years for GAP Group, and the hire company has been celebrating their golden anniversary throughout 2019 in a number of ways, including being generously gifted a custom-painted gold excavator by Kubota, called Goldie.

The Gold Excavator has played a prominent role in the festivities, initially being revealed for the first time at Kelvingrove Art Gallery and Museum in Glasgow for the company’s annual sales conference, which was especially turned into a 50th anniversary celebration this year. Goldie also joined a team of GAP employees at the 2019 Plantworx showcase event, and now the excavator is being put to use to fundraise for charity. 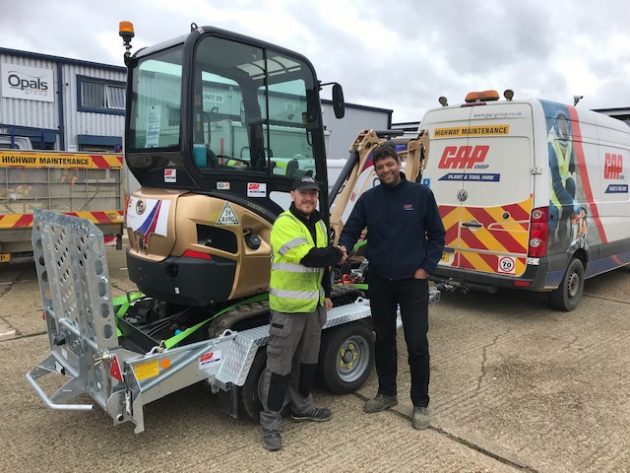 Goldie is being hired out to GAP’s customers and, for the first whole year, half of all hire revenue generated from the excavator will be donated to charity. To add to this, Kubota will match the amount donated by GAP each month, doubling the final total. The chosen charity is the Lighthouse Club – the Construction Industry Charity; the only charity that provides financial and emotional support to the construction community and their families, raising awareness of mental health in the workplace.

GAP is a long-time supporter of the Lighthouse Club, through which GAP promotes the Construction Industry Helpline to all staff. This is a confidential 24/7 helpline which offers assistance to all construction workers and their families seeking support in the UK and Ireland. The charity doesn’t receive any public funding and relies on the generosity of those within the industry to help them continue their important work. 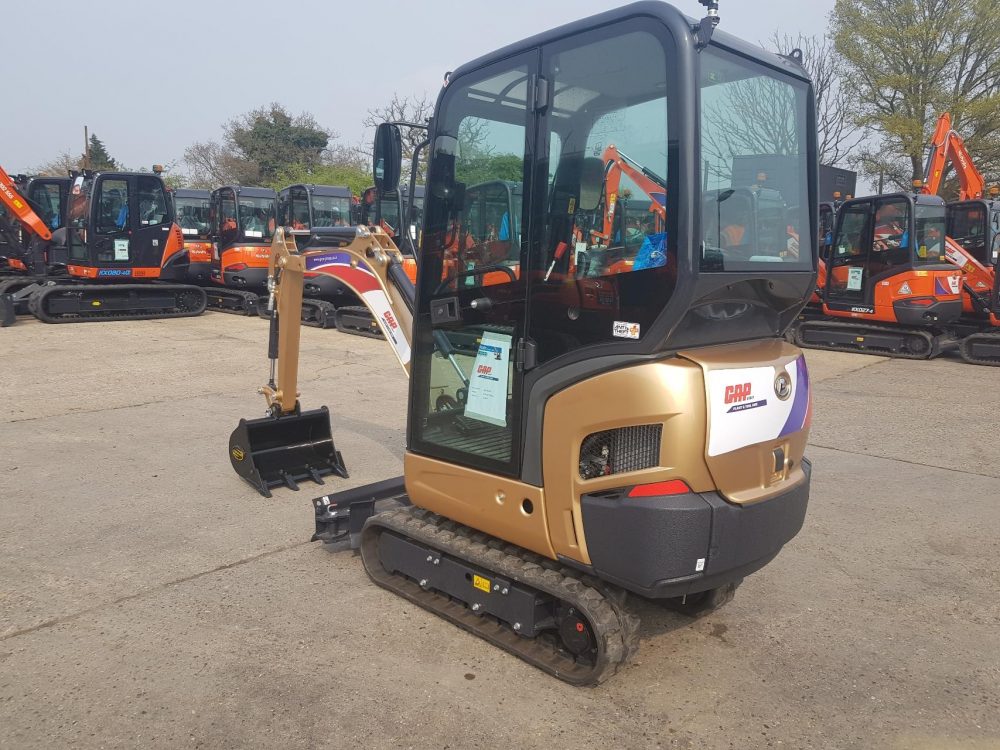 GAP has always placed huge importance on raising funds for various charities for all kinds of causes and continues to do so. The fact that the Lighthouse Club gives such vital support to those so close to home for GAP has helped to establish the close relationship between the organisations and cement the huge amount of support the hire company gives to the charity.

Keep an eye out for GAP’s gold excavator and get in touch with GAP’s Peterborough Plant & Tools depot by phone (01733 555 516) or email (peterborough.hiredesk@gap-group.co.uk) if you want the chance to hire out Goldie and help GAP raise money for a worthy cause.

GAP Hire Solutions has over 140 locations strategically placed across the UK, with nine divisions offering a wide range of hire equipment and services. Traditionally known for plant and tool hire, GAP moved into hiring non-mechanical plant, such as fencing and barriers in 2009 and established their Lifting Hire & Sales division in 2011. In 2014, GAP diversified further and launched their Welfare Services, Event Services, Survey & Safety Hire and Vehicle Hire divisions to offer their customers a complete hire solution under the one GAP umbrella.