Elistair has announced the development of its new Orion 2 tethered unmanned system for military, government, and industry users. Unlike other multi-rotor drones, the Orion 2 hexacopter delivers round-the-clock surveillance for up to 24 hours at a time, making it a true persistent surveillance platform.

“Small, unmanned multi-rotor systems are great if you want a hover-and-stare capability, but they’re also notoriously short on battery life,” said Timothée Penet, CTO and co-founder of Elistair. “Powered tethering stations, like our Safe 2 and Ligh-T 4, offer a solution by increasing a platform’s time in the air—and that’s great for many missions. But what if you need to be on station for a whole day?”

That is where Elistair’s own Orion 2 comes into the picture.

A lightweight yet extremely durable hexacopter, the Orion 2 is designed as a quick-deploy system (automated push-button take-off and landing) that can stay in the air for 24 hours—something that, previously, could only be done by a helium-filled tactical aerostat, which was a much larger platform and came with a very complicated logistical train.

“We developed redundancies at every level to ensure that the Orion 2 could stay up that long,” said Pierre-Moana Levesque, R&D Director at Elistair. “For example, we made it IP54; we optimized the lifespan of the components, including the motors; and we added a safety battery that could recharge in the air.”

The new Orion 2 is an improvement over the original Orion drone, which has already proven itself with international customers. The Orion helped secure the Ryder Cup in September 2018, flying over crowds of 300,000 attendees for 8 to 11 hours a day, and has been employed by the French police, British military, and Singaporean government.

With its micro-tether of 330 feet (100 meters), the Orion 2 flies higher than its predecessor and surveils more ground. It can also carry up to 2kg (4.5 pounds) of payload, so it can serve simultaneously as an ISR and telecom platform. The Orion 2 can also stream georeferenced electro-optical and infrared imagery at the same time, and it can deploy 4G/5G communications nodes thanks to a new fibre optics cable option.

“The Orion 2 tethered drone is a clear advance over the very capable Orion in terms of persistence, logistical footprint, and data control. We are thrilled by this product launch,” said Guilhem de Marliave, CEO and co-founder of Elistair. 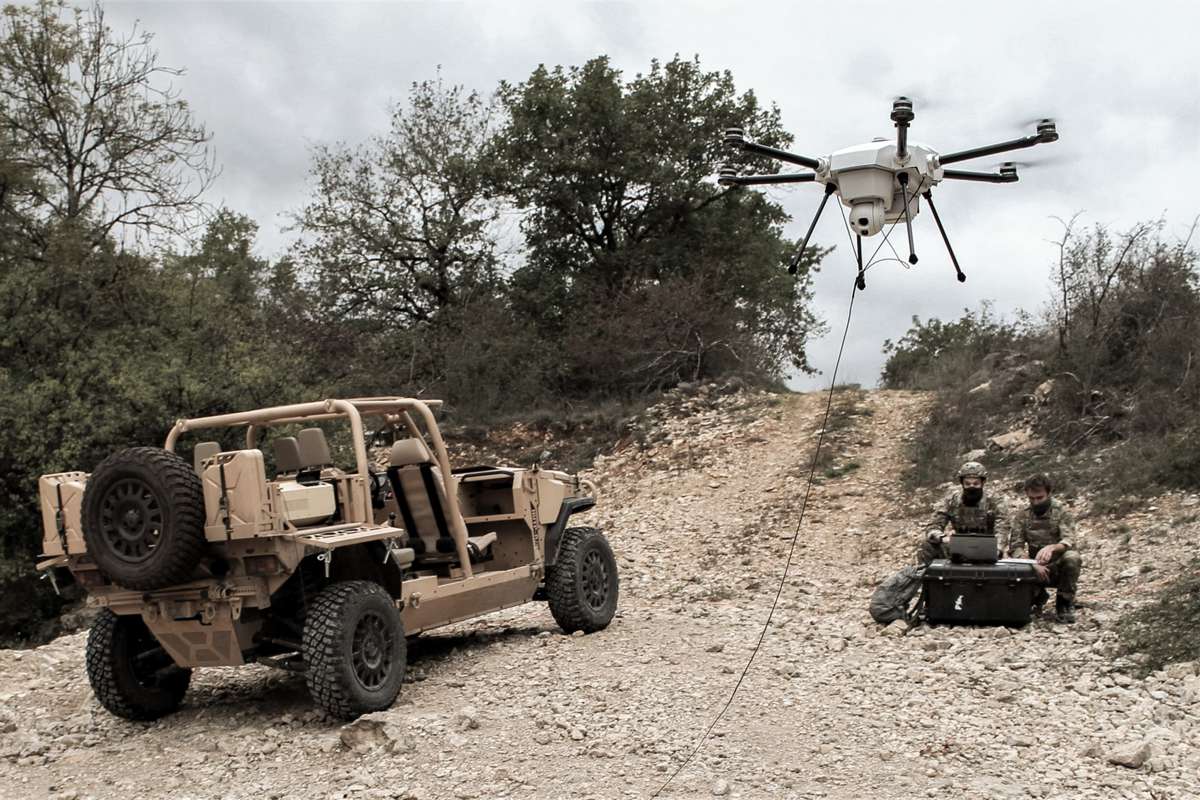