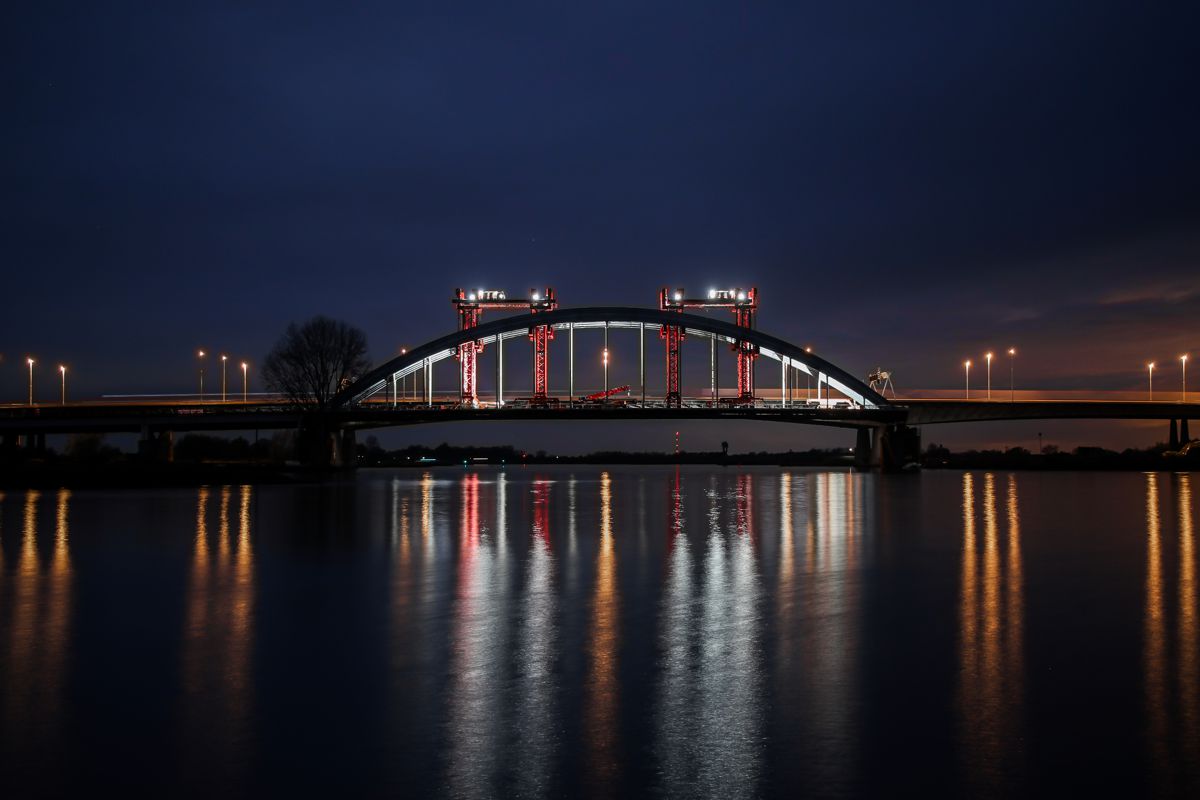 Mammoet moves Vianen steel-arched bridge at night in the Netherlands

Mammoet moves Vianen steel-arched bridge at night in the Netherlands

Mammoet assisted Rijkswaterstaat and contractor combination KWS – VES – DDM to successfully remove the steel arch bridge at Vianen, the Netherlands, on Sunday evening. The work started at 8:30 am and lasted until 1:00 am.

The departure of the arch bridge attracted a large audience digitally and on location. Because the pontoon was illuminated, it was possible to follow the departure easily.

On the livestream, about 6,000 people watched the departure of the ‘Iron Lady’. A time-lapse about this memorable moment will be released shortly. Rijkswaterstaat – the Dutch government agency responsible for public works and water management – is working on a memorable monument for the arch bridge. 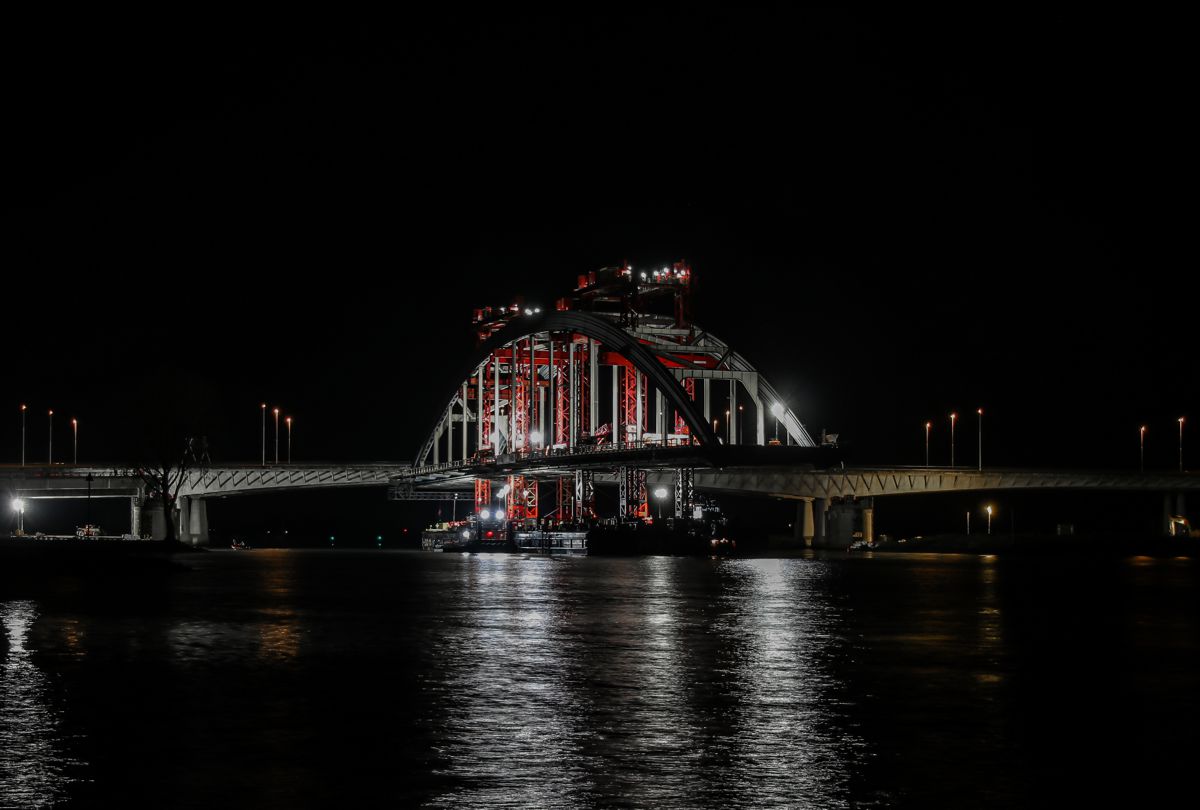 Eight masts were mounted on a pontoon that was placed under the bridge, which were linked to the eight lifting towers on the bridge. The pontoon took over the weight of the bridge at high tide.

Environment manager for Rijkswaterstaat Sascha Oskam commented: “I am extremely proud that we managed this extensive operation together. The removal was safe and controlled. Our contractor combination KWS – VES – DDM has done a great job.” 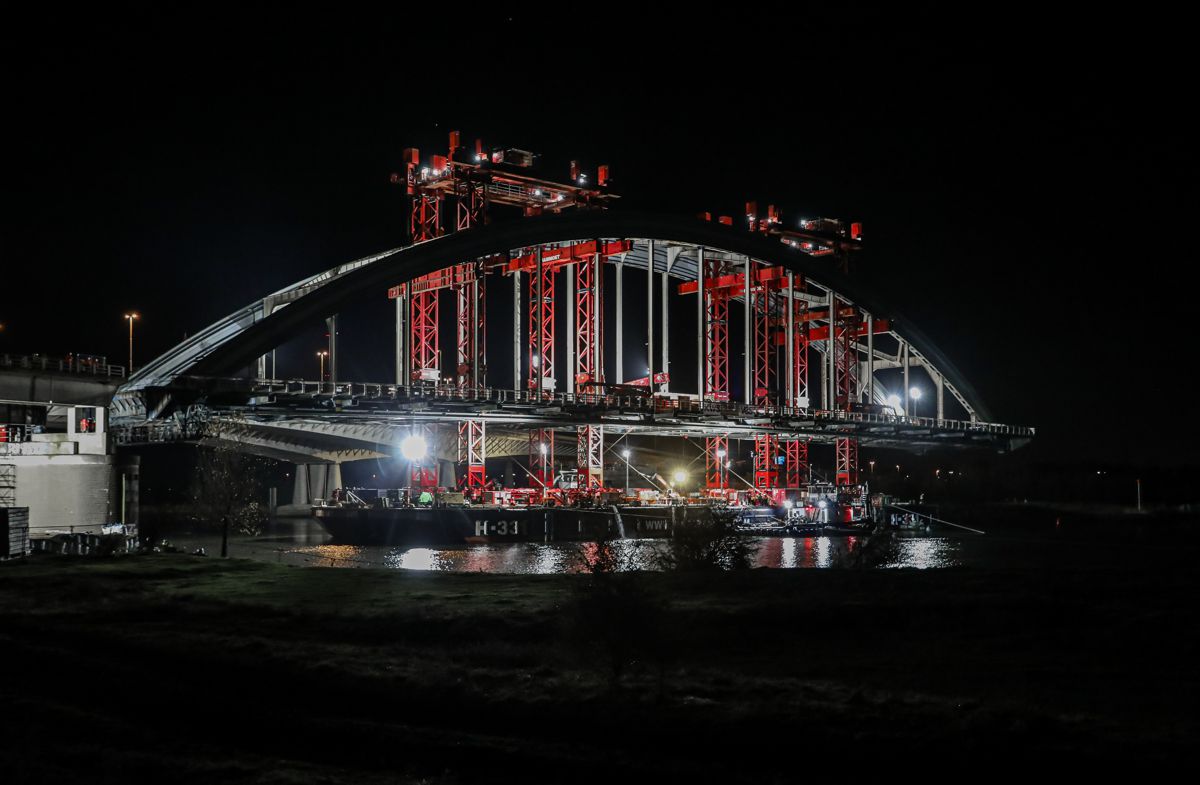 Over the next 17 days, the steel arch construction will be cut into pieces in the outer harbour of the Princess Beatrix lock. Mammoet is working on this 24 hours a day.

The bridge will soon be small enough to pass under the adjacent Jan Blankenbrug bridge for final demolition at the Mammoet shipyard in Schiedam. Here, the steel parts are made even smaller and transported to a recognized processor. There, the steel will be further processed into raw material.

Since the opening of the two new Lek bridges for the A2 motorway near Vianen, the arch bridge no longer has a function. In recent years, various options have been explored for reusing the bridge, both in its entirety and in parts, both at its current location and at a possible other location. None of these possibilities turned out to be feasible.