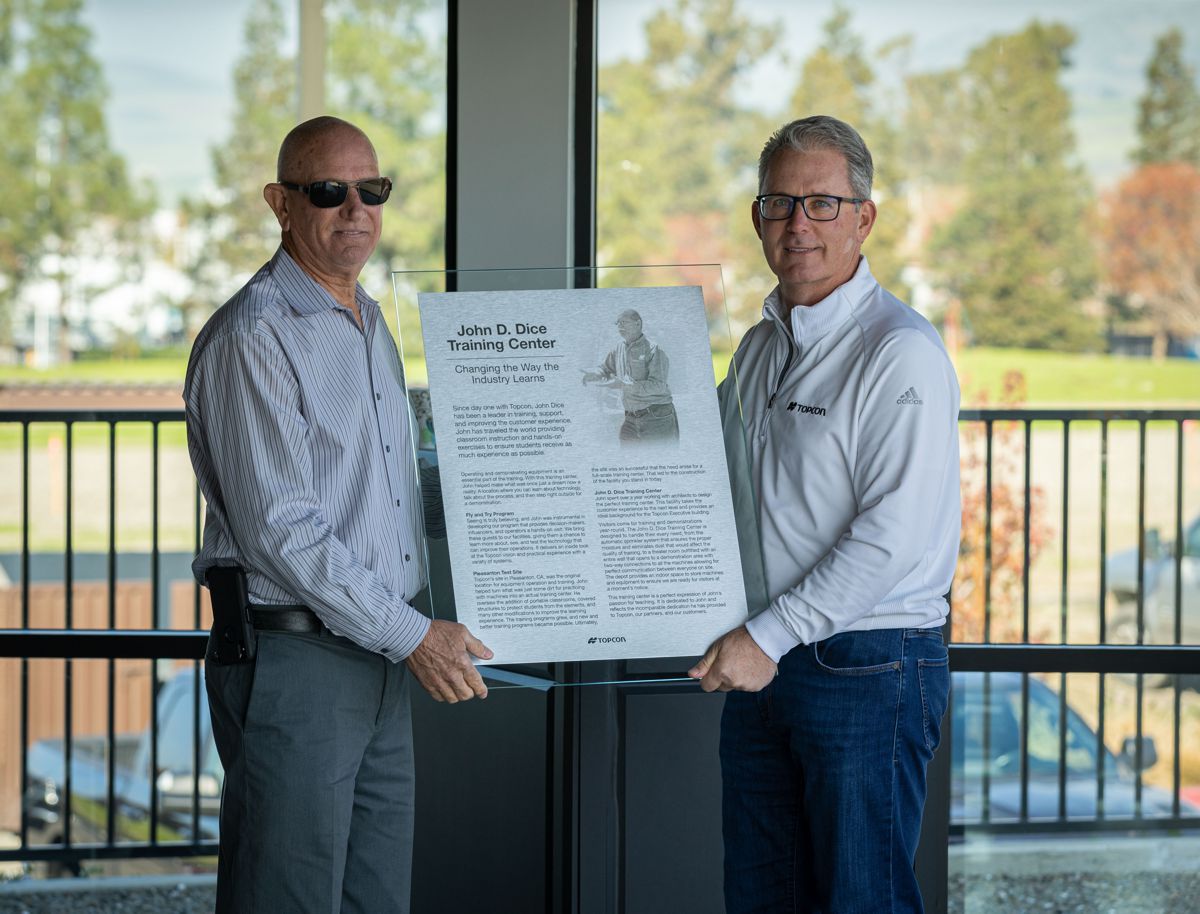 Topcon Positioning Group has announced the opening of the new John D. Dice Training Center at its global headquarters in Livermore, California. Seated on nearly 6 acres, this newly constructed facility marks the latest addition to a growing network of Topcon Training Centers around the world.

John D. Dice, director of Professional Services, has been with Topcon since 1984. He has been instrumental in the development and continued success of the company’s distributor and customer training programs. Throughout his 37-year career with the company, John has been a leader in training, support, and improving the Topcon customer experience. John has travelled the world providing classroom instruction and hands-on exercises to ensure students receive as much experience as possible.

“Working with the Topcon team and designing the new training centre has been one of the great highlights of my career,” said Dice. “I want to express my greatest thanks and appreciation to Ray and the leadership team for the recognition given to me. I am so deeply honoured to have my name attached to the Livermore Training Center. I will treasure this honour forever.”

The opening of this new facility marks the first time in the history of Topcon that a building has been named for an employee.

“John has been with the company since the earliest days, and this training centre is a perfect expression of John’s passion for teaching,” said Ray O’Connor, president and CEO, Topcon Positioning Systems. “This new facility is the direct result of decades of John’s curriculum development — carefully designed to meet the training needs of today, and the continually growing and evolving positioning technology industry of tomorrow.”

Topcon has also purchased a nearly 31,000-square-foot building it had previously been leasing. In addition, the company has purchased 60 acres nearby that have been earmarked for the development of a new, state-of-the-art testing site for its construction, geospatial and agricultural products and solutions.

Topcon Positioning Group’s global headquarters now comprises over 15 acres on National Drive in Livermore, bringing the total of land owned in the Tri-Valley area to nearly 80 acres at an investment exceeding $20 million.

“The continued expansion of our Livermore headquarters is in direct response to a global increase in digitalization and technology adoption throughout the construction and agricultural industries,” said O’Connor. “This investment not only demonstrates our commitment to supporting the ever-growing demand for technology in the geospatial, construction and agricultural industries, it also shows our dedication to our local economy in a time when so many companies are choosing to leave the State of California.”