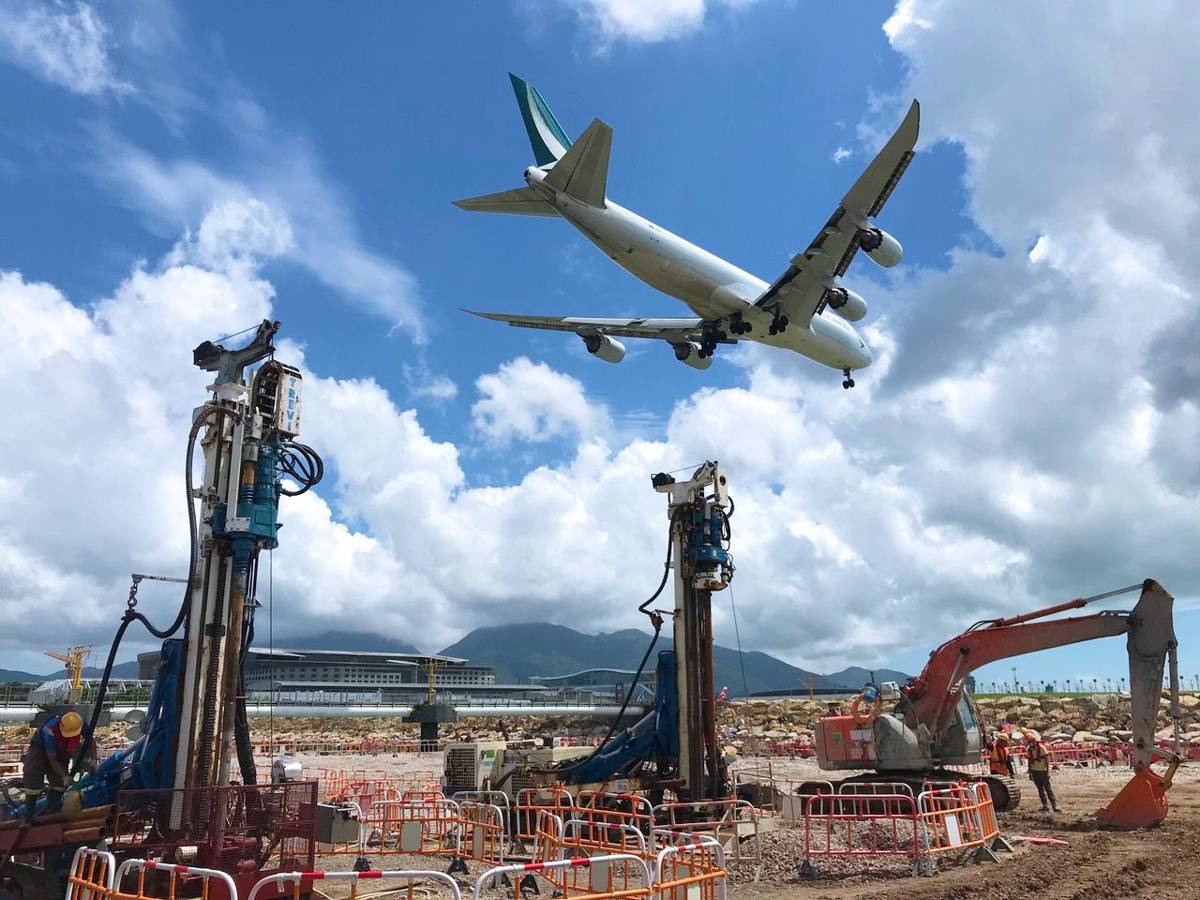 TREVI Construction Co. Ltd., part of TREVI GROUP, a world leader in the field of underground engineering from A to Z (special foundations, soil consolidation, recovery of polluted sites), in the design and marketing of specialized technologies in the sector, have participated and is working on the important project of the Hong Kong International Airport Three Runway System Project.

TCHK (Trevi Construction Hong Kong) is doing deeper ground consolidations works, with Jet Grouting technology for the Main reclamation works in some of the areas of the HKIA project.

The Airport Authority Hong Kong (AA) is a statutory body wholly owned by the Hong Kong SAR Government. Established in 1995, the AA is responsible for the operation and development of Hong Kong International Airport (HKIA).

In this project TREVI Construction Co. Ltd has been work with different Main Contractor/Contracts: 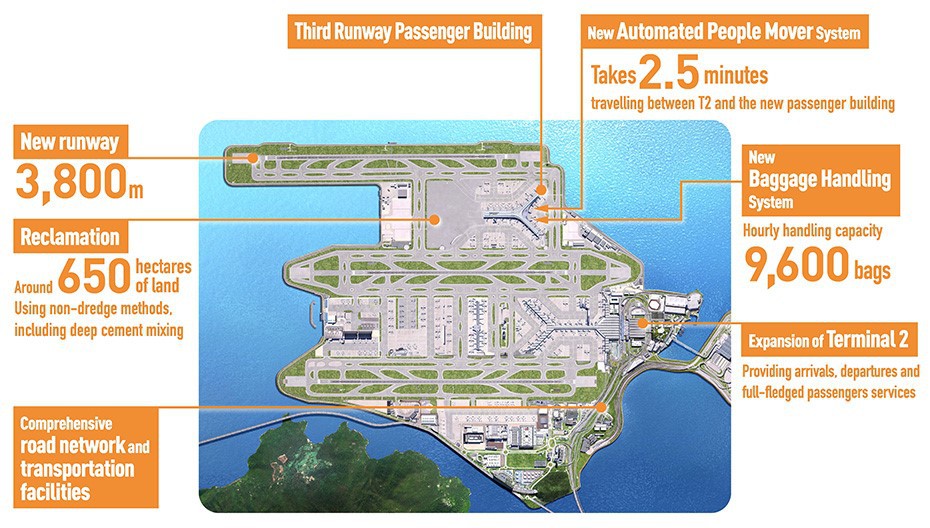 To strengthen Hong Kong’s status as an international aviation hub, and to cater for the city’s long-term air traffic demand, Hong Kong International Airport is developing into a three-runway system.

The scale of the three-runway system (3RS) project is almost equal to building a new airport next to the existing one. It involves the following seven core projects: 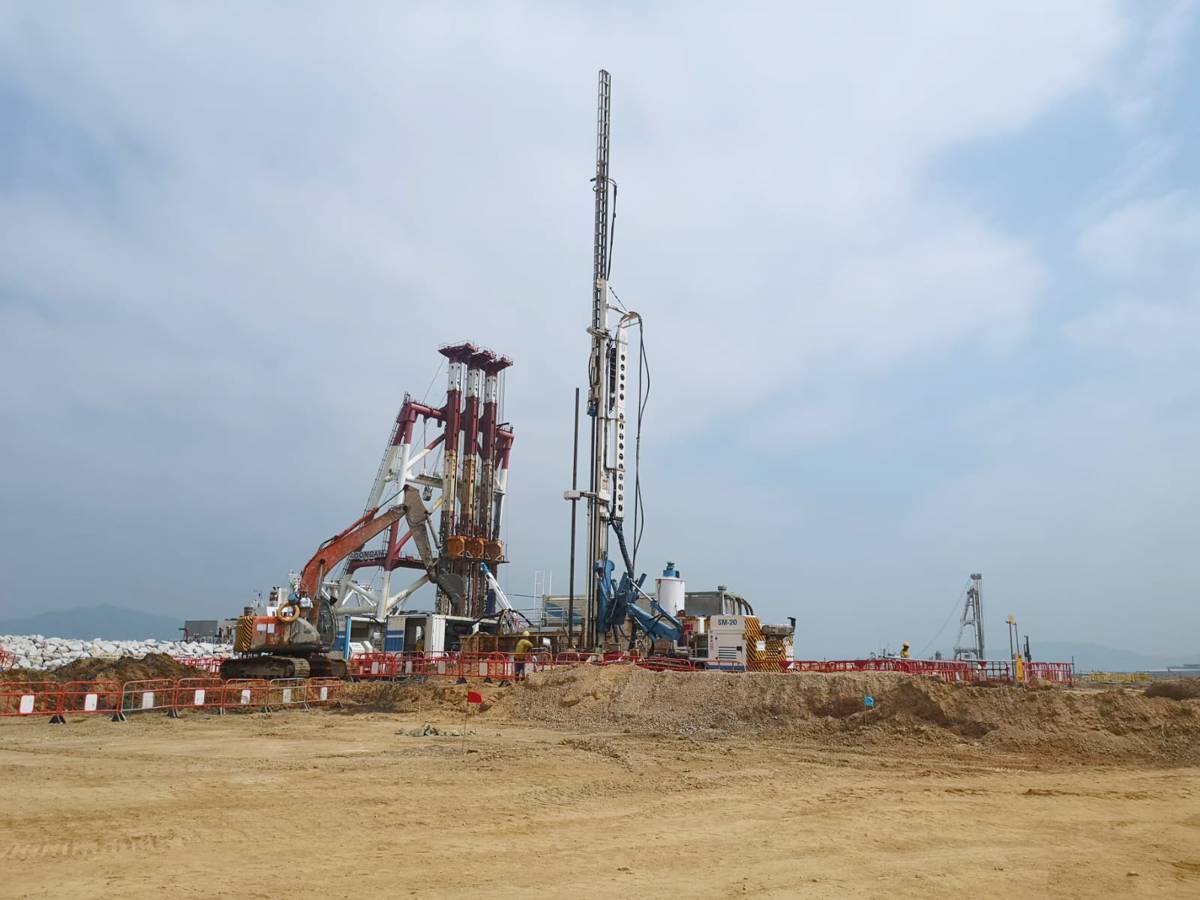 ZHEC-CCCC-CDC Joint Venture is the contractor appointed to undertake the main reclamation works.

One of the DCM technologies used in this project is the: Jet Grouting, improves soil mechanical and permeability properties by using high-speed Jets of water/cement mixtures injection treatment. Jet Grouting can be advantageously in the following conditions: difficult logistic conditions, confined spaces, presence of obstacles to cross, high-depth treatment with crossing of voids.

The Jet Grouting technique allows to improve a wide range of soil types. As it is based on soil erosion, soil erodibility is crucial to the result. The more consistent the soil to be treated, the smaller the column diameter. Therefore, larger columns can be obtained in loose soft soils and smaller ones in cohesive soils.

Depending on the number of fluids used, there are three main techniques: 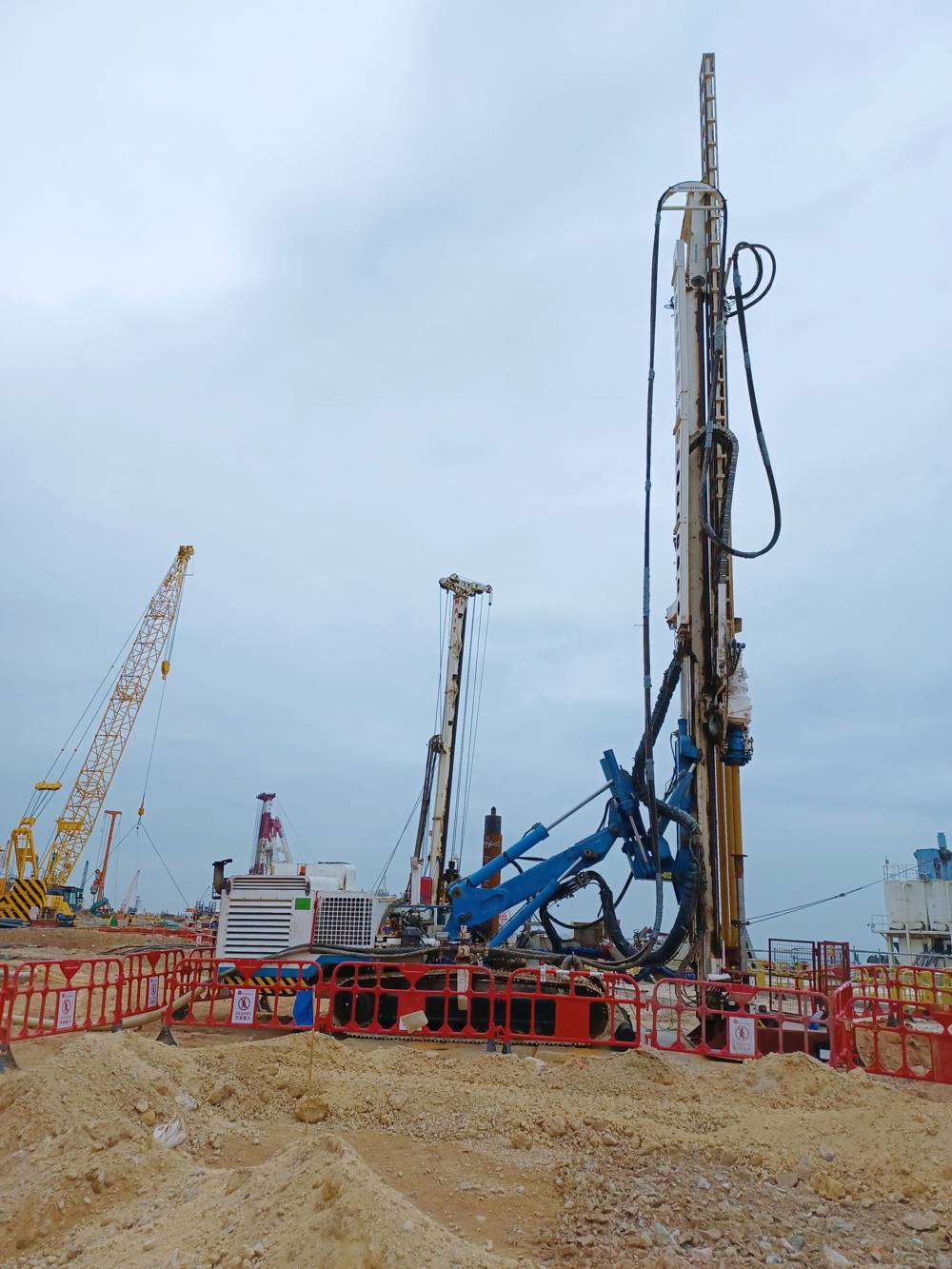 TCHK team started the Jet Grouting works in this project in October 2019 and works are still in progress. So far TCHK team has consolidated and grouted about 311,000m3 of soil, in 6,900nos. columns of different diameters, from 1,200 to 2,500mm, majority are 2,500mm diameters columns, for a total length of 73,000m of soil grouted.

There was a production peak period where TCHK worked with eleven JG teams in different areas/contracts. There were about one hundred workers engaged in these projects at the same time.