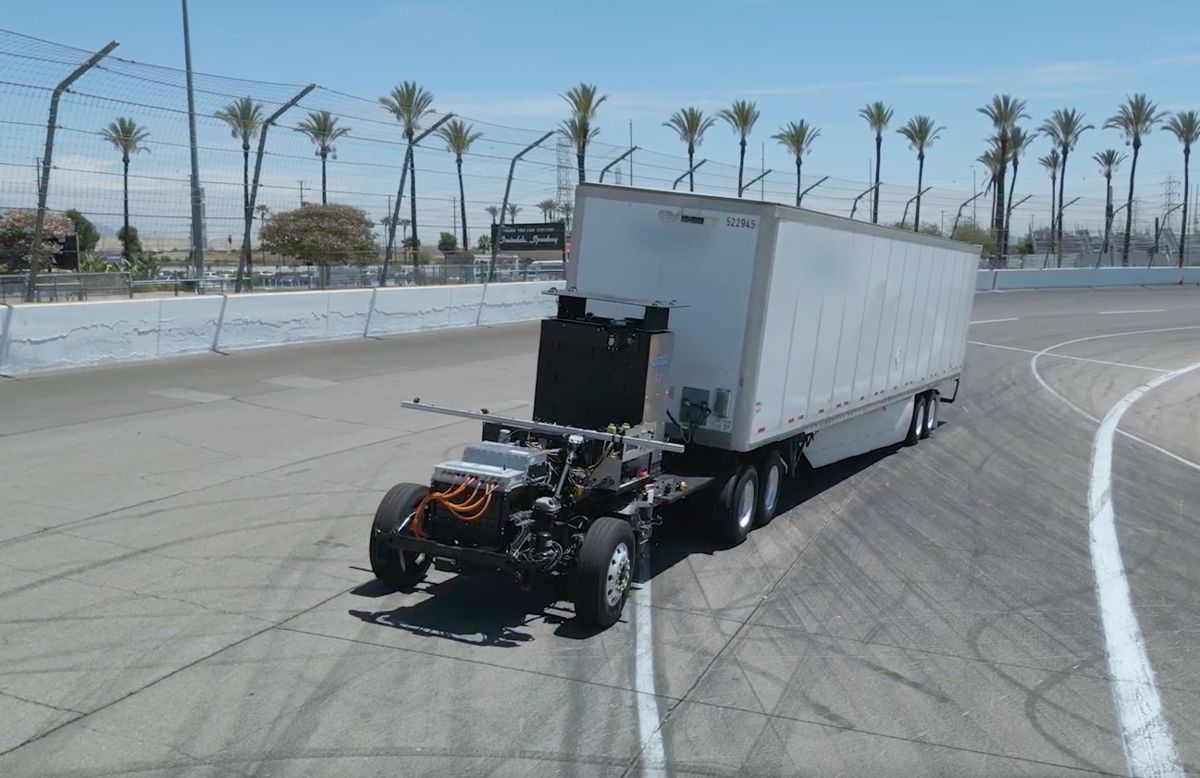 The testing took place at the Irwindale Speedway (a non-public and safe test environment) in Los Angeles, California, and covered over 300 tests. In addition, the company’s first iteration of its proprietary software, which serves as the connective interface between the ground up hardware platform, drive-by-wire system, and the driver was also successfully tested.

The completion of these tests puts Solo AVT on a clear path to build and test its full-scale, battery-electric on-road Class 8 truck in 2023.

“Innovation in transportation is happening faster than ever and will only continue to accelerate following the signing of the Inflation Reduction Act with its incentives around the manufacturing of sustainable transport solutions. At Solo AVT, we believe in showing, not telling when it comes to progressing our battery-electric Class 8 truck. Successfully testing our drivetrain, drive-by-wire system, and software all within just a year of our founding is an incredible milestone for our growing team,” said Graham Doorley, CEO and Founder, Solo Advanced Vehicle Technologies. “Our goal is to decarbonize freight. We’ve brought together a team that understands the importance of demonstrating progress and ingenuity through ongoing testing and this first successful test program is just the beginning.”

The Solo AVT engineering development vehicle tested included major development milestones for all components critical to building a fully electric Class 8 truck from the ground up. This includes a battery-electric drivetrain, drive-by-wire controls, motors, actuation for all critical vehicle functions including lights, horn, and hazard indicators, and a teleoperation system inclusive of a communication system to transfer data and vehicle commands between the driver station, the vehicle, and the remote-control system.

The platform was built on an existing truck chassis to accelerate the development. During the testing the truck was controlled via teleoperations stationed 30 miles away.

“Solo AVT has already over-delivered on an ambitious timeline with successful first tests for their all-electric Class 8 truck in just seven months,” Paul Straub, Managing Partner and Co-Founder, Wireframe Ventures. “It is a testament to an extraordinary engineering and product team. We’re thrilled with this progress and can’t wait to see the next iteration of Solo AVT’s development vehicles as they begin testing and deployment in 2023.”