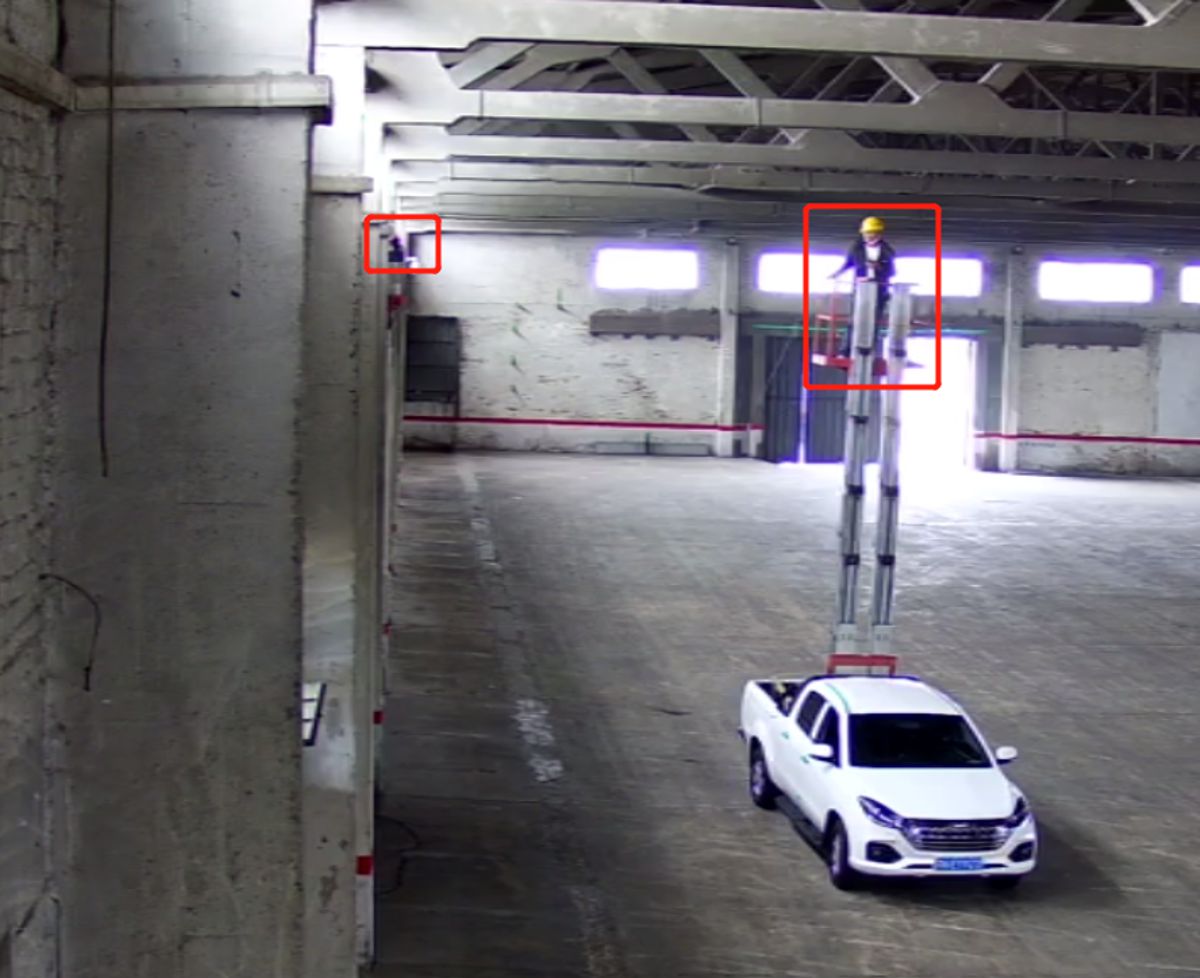 Stacking cargo in a port warehouse environment is a delicate process. If cargo is stacked too high, the lifting equipment can hit the roof of the warehouse, causing damage to the roof and structure of the facility.

While there are a number of sensing technologies that can detect objects approaching the roof, only LiDAR can reliably detect and identify whether an object poses a risk of damage and filter out nuisances like birds or small animals tripping the sensing beams.

A recent application with Nanjing Port in China reduced the rate of false alarms to less than 2% (down from a high of 90%) and put an end to a string of accidents causing damage to the port warehouse’s roof. 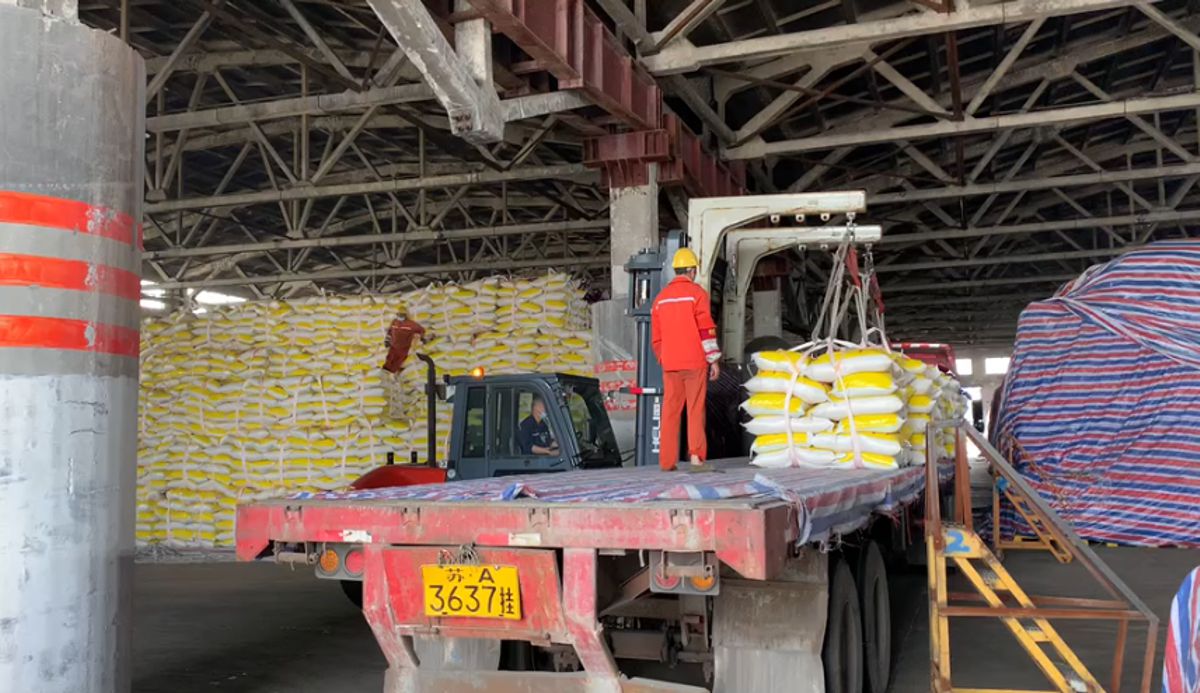 Nanjing Port had been experiencing frequent accidents during heavy equipment operations that were damaging their warehouse roof. The port needed an effective detection and warning system that could provide accurate and timely warnings to prevent warehouse damage and other potential accidents. They further required a system that could trigger video surveillance cameras and record events.

The port’s existing solution was a passive infrared (PIR) alarm system; however, the system was not accurate enough to meet the port’s requirements and would create too many false alarms. In some cases, the rate of false alarms reached nearly 90%, rendering the solution virtually useless. That’s because a solution with too many false alarms makes it impossible for operators to know for certain whether they are too close to the warehouse roof or not, leading them to eventually tune out the alarms completely.

As a result, the existing PIR solution was not able to reduce the number of accidents to the port’s satisfaction.

Nanjing Jiuao ultimately selected a LiDAR-based system to resolve these challenges and replace their PIR system. M8 Series 3D LiDAR sensors from Quanergy were installed throughout the warehouse to detect objects approaching the roof structure.

These sensors can detect and identify an object approaching the roof too closely.

Small objects like small animals and birds are filtered out, reducing the risk of false alarms. However, when the LiDAR sensors detect a part of the lifting equipment approaching the roof, the sensor triggers a timely warning to the equipment operator via sound and lamp alarms. It also triggers a camera to capture video recording of the event. 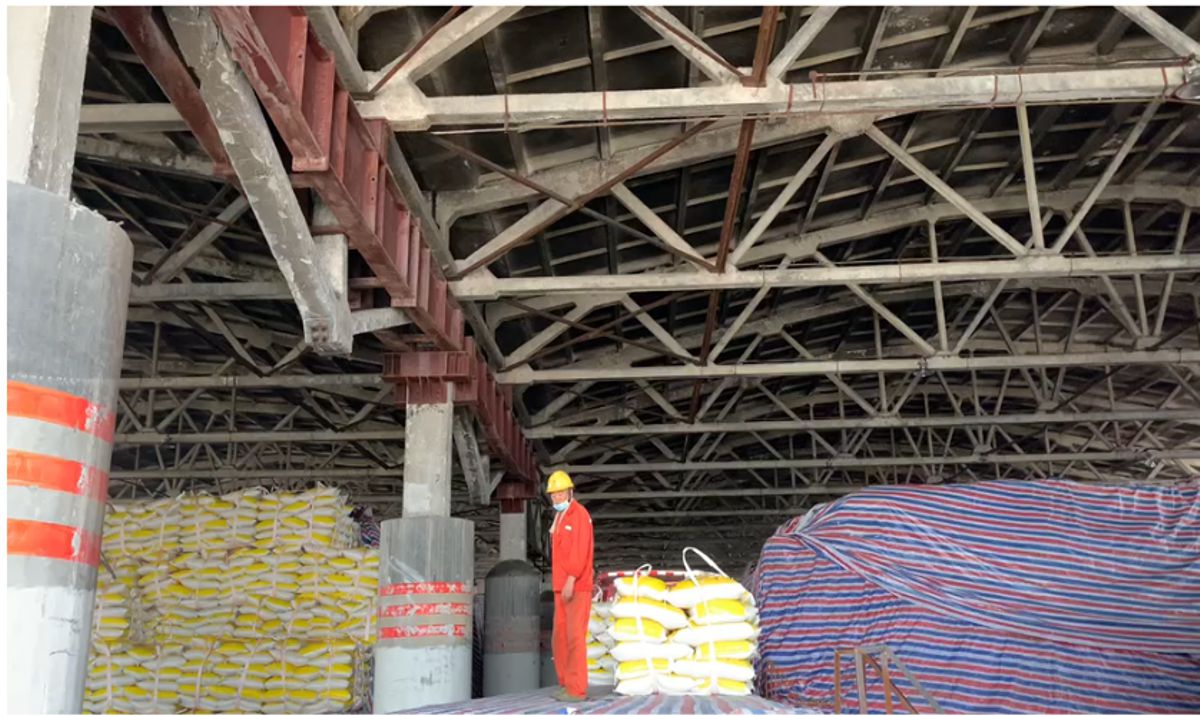 Accurate and Reliable Detection – Even in Harsh Environments 3D LiDAR sensors are ideal for harsh port and warehouse environments because they maintain their high performance and accurate detection in virtually any condition. M8 Series sensors are extremely robust, with an IP69K rating for protection against water and dust ingress.

The 3D LiDAR sensors operate reliably in both bright and low light conditions and offer over 60,000 hours of mean time between failure (MTBF).

LiDAR’s advanced 3D object identification significantly reduces false alarms caused by irrelevant objects. Unlike traditional sensors that can only detect whether a sensing beam has been broken, LiDAR can identify and classify in real-time what type of object has broken the sensing beam based on its size and shape.

This means that the LiDAR sensor can instantly classify a harmless object (like a bird) versus an object that could damage the warehouse roof (like part of a lifting machine). An alarm will only trigger when the latter is identified, making alarms much more dependable for the equipment operators.

3D LiDAR provides coverage of a much larger area than other traditional sensors, requiring fewer devices.

With fewer devices to install and maintain, LiDAR sensors are a much more cost-effective and easy to maintain solution that will provide years of accident prevention at a low total cost of ownership (TCO).

In this application, Quanergy’s LiDAR-based system ultimately brought the false alarm rate down from its high of almost 90% to approximately 2% and fully met Nanjing Port’s requirements for timely detection and warning capabilities. Furthermore, the solution completely resolved the issue of ongoing damage to the warehouse roof.

0 0 0
Previous : Hyundai accelerates Software Defined Vehicles
Next : A brief history of the Excavator