The $400 million Tonkin Gap contract has been awarded to the Tonkin Gap Alliance, fast tracking the project and unlocking thousands of local jobs with works expected to commence in September.

The Alliance, comprising BMD, Georgiou Group, WA Limestone, BG&E and GHD, will work with Main Roads and PTA to deliver the project, which is expected to create more than 3,000 jobs.

The project will fix a major bottleneck on Tonkin Highway through Bayswater which carries more than 120,000 vehicles per day. The project includes works from Dunreath Drive to Collier Road.

It is expected to save 17,000 road users who use this section of Tonkin Highway up to six minutes during morning peak and up to 11 minutes during afternoon peak.

Premier Mark McGowan said this project is part of a pipeline of major road projects for Western Australia – worth an estimated $2.37 billion and creating more than 13,000 jobs.

“This is one of WA’s most congested sections of roads – I’m glad we have been able to fast-track works and help support the WA economy in the process,” Mr McGowan said. “As our economy begins to recover from the effects of COVID-19, it’s important we keep major infrastructure projects moving – to build and develop communities for generations to come and to support local workers in jobs.

“This year alone we have seven METRONET projects under construction, as well as several others in the planning phase, creating local jobs and providing opportunities for local businesses.”

“Not only is this critical infrastructure that the Morrison Government has prioritised, it also means thousands of jobs for hard working West Australians,” Mr Tudge said. “It’s crucial that we support the WA economy as we come out the other side of COVID and fast-tracking projects like the Tonkin Highway Gap is part of our plan.”

WA Transport Minister Rita Saffioti said this was one of the major road projects the McGowan Government had worked to fast track to help the economy recover from COVID-19.

“This project will fix a bottleneck that more than 120,000 vehicles travel through daily as well as provide some of the key works for the major Morley-Ellenbrook Line along Tonkin Highway,” Ms Saffioti said. “When complete, afternoon commuters travelling northbound on Tonkin Highway between Morley Drive and Dunreath Drive will save up to 11 minutes on their daily drive, meaning they can spend less time on our roads and more time with friends and family.

“This project has a number of important features including a new principal shared path for cyclists and pedestrians as well as noise walls and amenities.

“Building this project, combined with construction of other nearby major projects like the new Bayswater Station and Morley-Ellenbrook Line, will help support the WA economy through some tough times ahead.”

Federal Member for Swan Steve Irons welcomed today’s announcement. “Many of my constituents travel this intersection daily, this project will get them home safer and faster, whilst creating much needed jobs,” Mr Irons said.

While fixing one of Perth’s most congested bottlenecks, the project also includes rail-enabling works for the METRONET Morley-Ellenbrook Line, including the construction of underpasses and dive structures, to enable trains to enter and travel through the median strip of Tonkin Highway then exit in Malaga.

In addition, road and bus bridges will be built at Broun Avenue to facilitate access to the future Morley Station and formation works for the rail line. 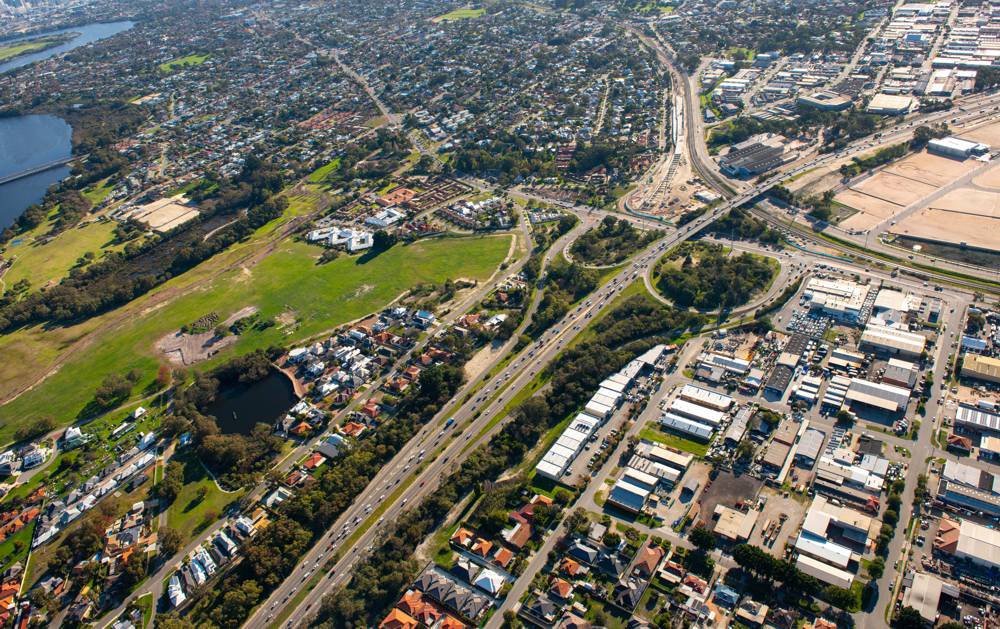