In recent years the development of flood warning systems has benefited from advances in sensor, datalogger and communications technology.

The expansion of mobile telecommunications has meant that more locations now benefit from increased coverage, so that water level and meteorological monitoring systems can now be installed in remote locations. “In the past, data would have to be collected manually,” explains Robin Guy from OTT Hydromet. “However, this is both time consuming and costly, so modern systems employ telemetry to communicate with remote stations to lower costs and dramatically improve the speed and value of data.

“The most recent advance in remote communications has been the development of low-power, datalogging, satellite transmitters which are able to transmit sensor data from almost any location on earth. In the early days, satellite transmission of data was prohibitively expensive, but costs have lowered considerably; to the point where satellite telemetry competes directly with cellular communications.”

Scotland’s water is famed worldwide, and performs vital roles both in tourism and in the production and branding of some of the country’s greatest exports. Water resources are monitored closely by the Scottish Environment Protection Agency (SEPA) to inform water management and to protect the environment; by detecting trends from climate change for example. Part of this monitoring activity is undertaken to provide a free advance flood warning service known as Floodline. This is a 24/7 telephone and website service providing advance notice of flooding, with advice on how to be prepared.

Floodline provides regional flood alerts which cover a wide geographic area and provide an early indication of potential flooding. This raises awareness and enables the public and emergency response services to prepare for possible flooding. Floodline also issues flood warnings for specific smaller areas where messages can be issued for local communities.

SEPA’s Flood forecasting and warning relies on a network of water level and precipitation monitors, some of which are located in remote areas of catchments, where the communications infrastructure can be less reliable. The SatLink3, a combined datalogger and satellite transmitter, was therefore trialled at a site in Boat of Garten, near Aviemore. The logger is SDI12 compatible, and an OTT PLS sensor was used to monitor water levels and temperature, in addition to a rain gauge and an air temperature sensor.

The SatLink3 is also Wi-Fi enabled which means that users are able to wirelessly set up and download the logger/transmitter with Android, iPhone or Windows devices. This also means that field staff can connect with the logger wirelessly from the comfort and safety of their vehicle – in any weather.

In the same way as a fee is payable for data transmission via mobile networks, many operators of satellite transmitters pay a small fee to transmit data via satellite. However, public organisations transmitting environmental data are able to use the EUMETSAT service free of charge.  This provides reliable and consistent one way transmission of data, and it is also possible to implement 2-way communications using the paid-for Iridium satellite service.

Following 2 months of successful operation in Aviemore, the monitoring and satellite communications equipment was transferred to a site near Aberfoyle to serve as part of a flood warning system for a period of 2 months. It was also deployed near Charr in Aberdeenshire at a primary flood warning station for a further 2 months because mobile communications at this location had been hindered by a new wind farm. After the success of the trials the latter 2 locations have since had agreement to install permanent SatLink3 dataloggers.

At each of the trial locations, data were transmitted every 15 minutes, and whilst 2-way communications were not available, the logger could be set to respond to certain conditions – to log at a faster rate for example. No maintenance issues occurred during the evaluation and as a result, around 20 new monitoring stations will be installed with satellite telemetry during 2020.

Commenting on the expansion of remote monitoring, Robin Guy says: “There are obvious cost advantages to be gained by collecting data remotely, but the effectiveness of flood prediction is greatly enhanced by the ability to gather timely data continuously from remote monitoring stations. This enables organisations such as SEPA to monitor at locations which are ideal for informing flood prediction models and warning systems.

“Advanced satellite telemetry is just one of the ways in which remote monitoring is enhanced; the latest sensors and loggers operate on very low power, with extended periods between service and calibration. Most sites can therefore operate from solar power and the necessity for site visits is dramatically reduced.

“The quality and reliability of cellular communications can vary in remote locations – often because the signal is reliant on a single mast. So, when a local mast has a problem or is out of service, the signal will be lost. Satellite telemetry has proved to be extremely reliable and is therefore becoming a useful tool in many locations; helping to improve the reliability and resilience of monitoring networks.” 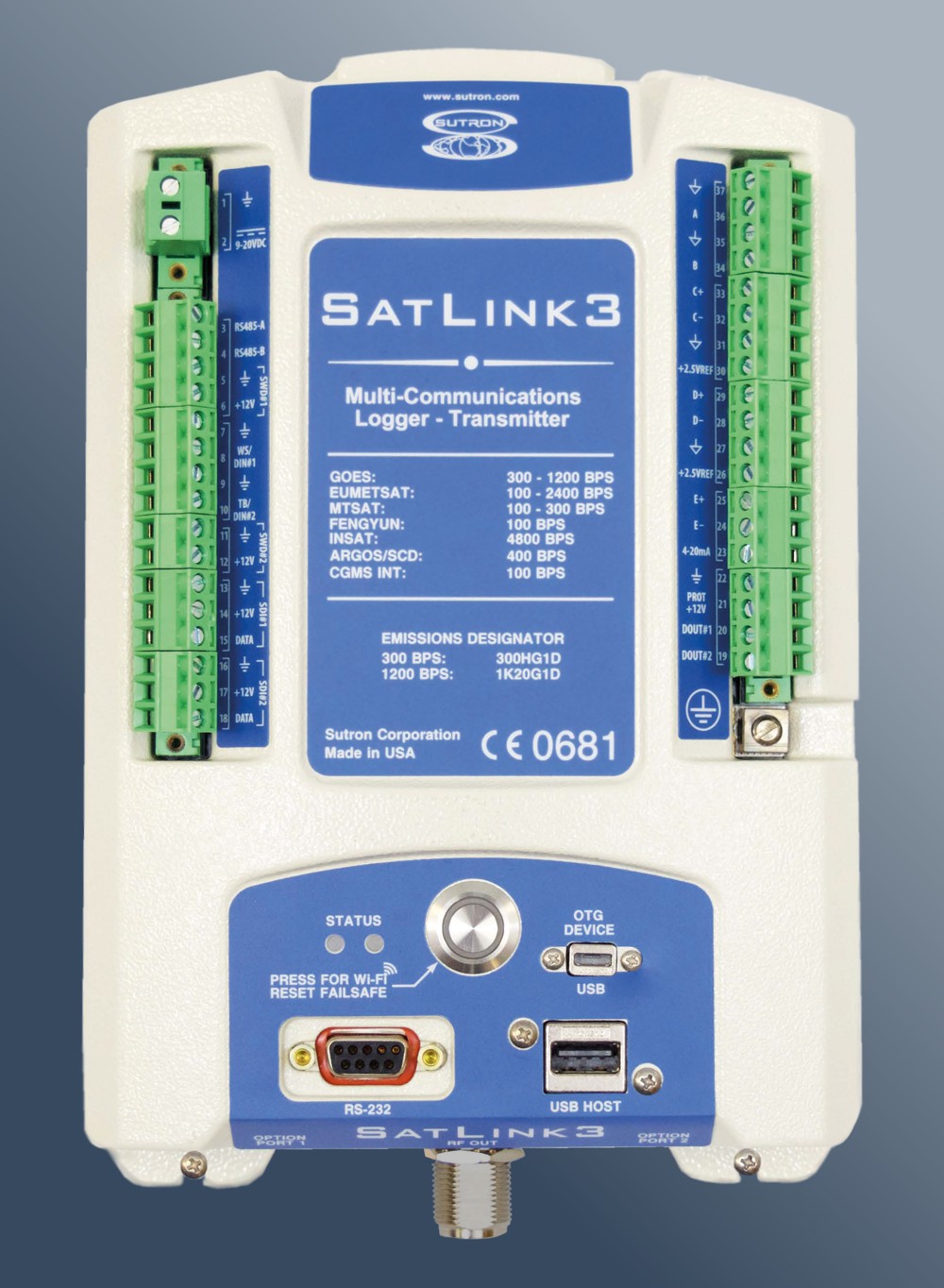