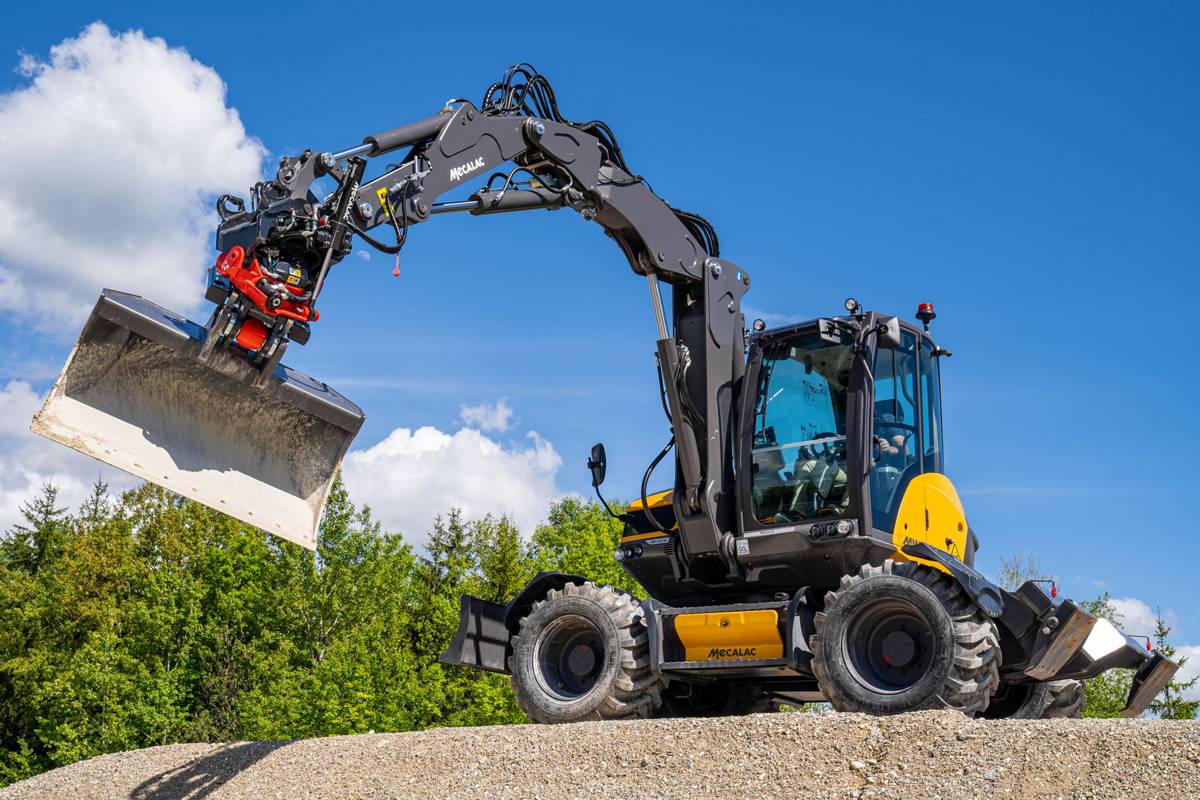 Mecalac, a global leader in the design and manufacture of compact construction equipment, has announced the launch of its MR50 and MR60 Tiltrotators and dedicated grading buckets. 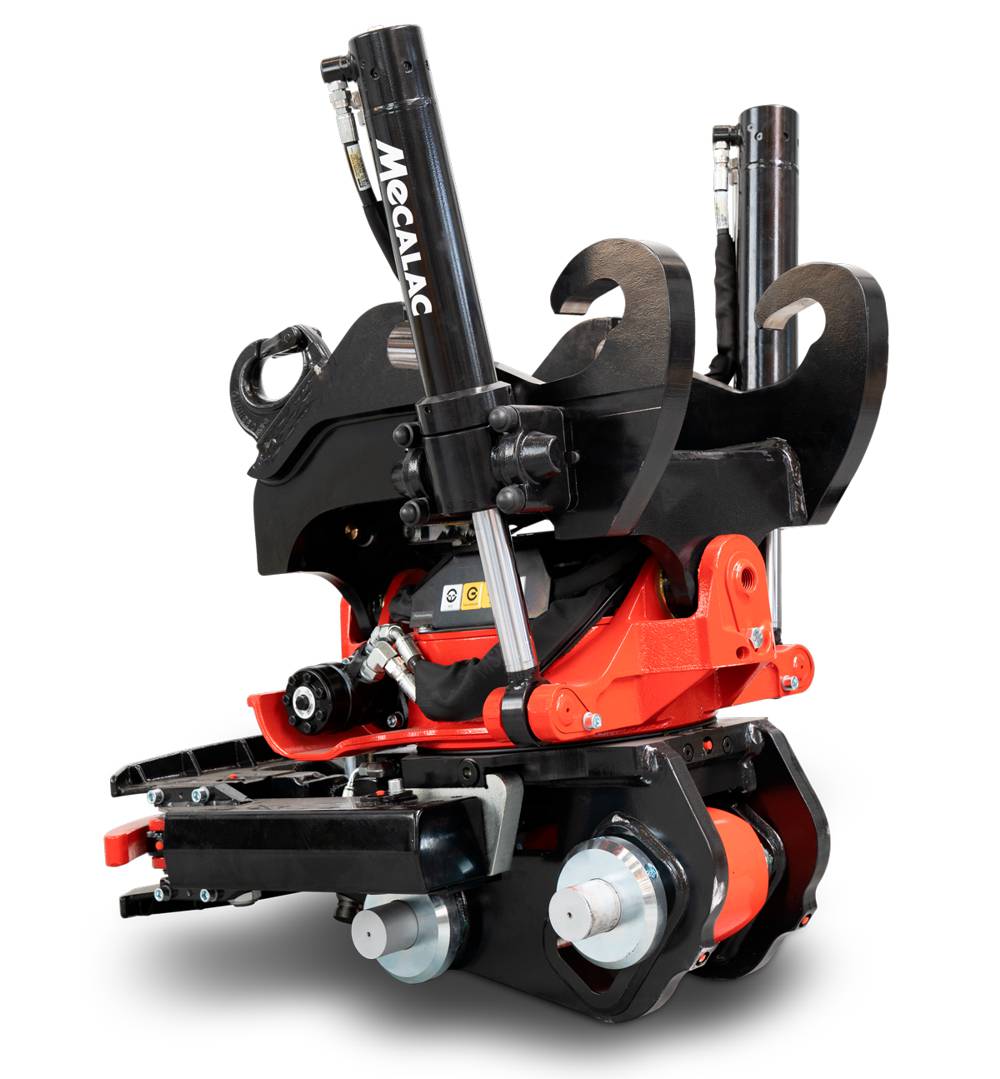 This integrated Mecalac solution consists of a Tiltrotator between two CONNECT quick couplers, fitted directly at the factory, alongside a specially designed grading bucket. The Mecalac MR50 and MR60 Tiltrotators allow for a 360° rotation in both directions, as well as a 40° tilt left and right for various attachments, including hydromechanical tools such as grapples.

Véronique Kennerson, Product Specialist for Excavators at Mecalac, explains: “Fully integrated into the machine, our Tiltrotators further enhance the versatility and productivity of Mecalac excavators. Thanks to their sandwich mounting between two CONNECT quick couplers, the operator can easily remove either the tool or the entire tool-tiltrotator system to immediately resume work with a 4×1 or loader bucket, for example.

“Another great advantage is that the Mecalac Tiltrotator, while extremely robust and powerful, is also one of the lightest on the market.” 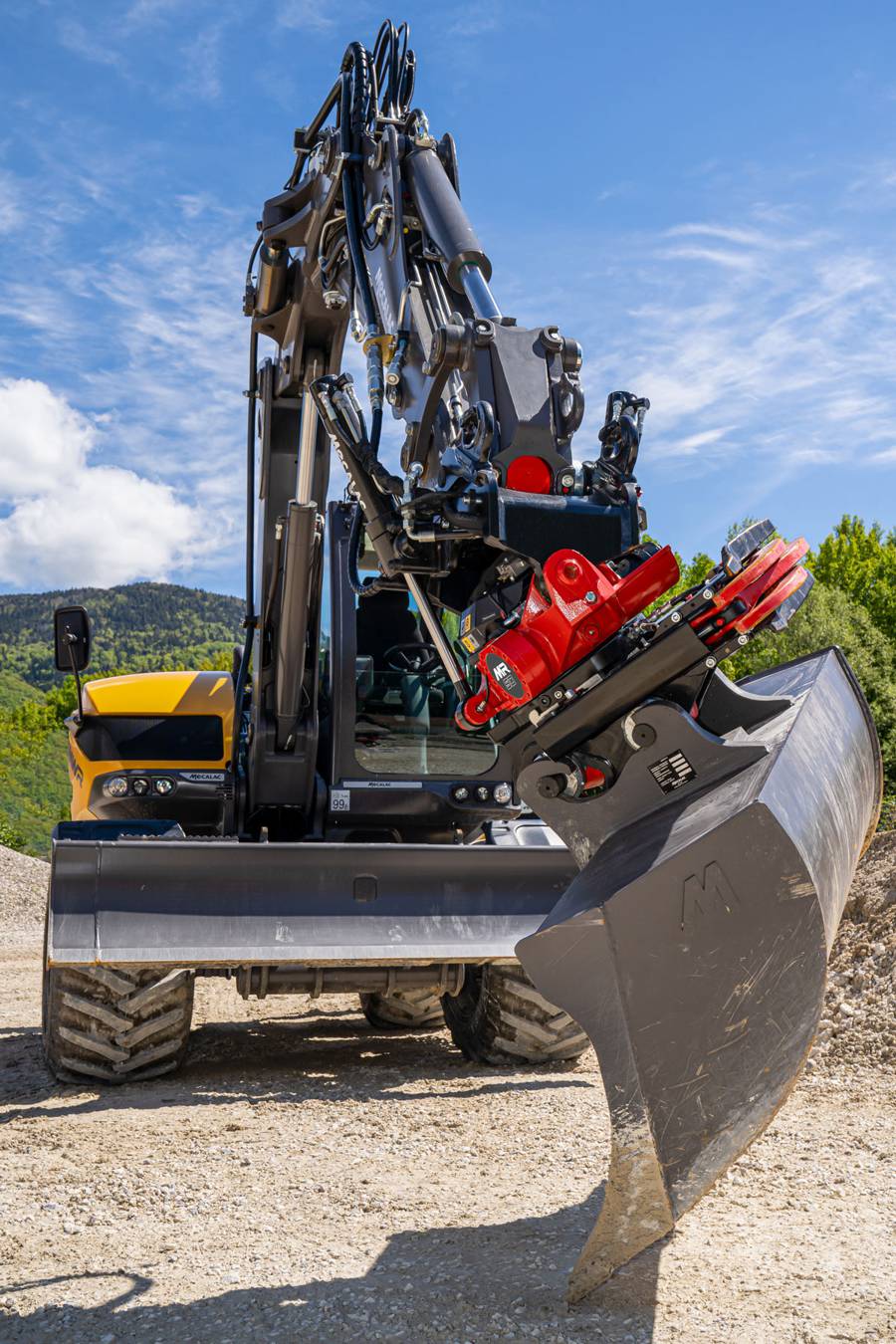 Maximizing the 360° capabilities of Mecalac excavators

The unrivalled stability of Mecalac excavators makes them ideal for tiltrotators. Mecalac’s patented kinematics, in particular, come into their own. The boom, which is positioned far back, is perfect when weight is added to the end of the stick, as it acts as a counterweight. As for the two-piece boom with offset kinematics, they will allow you to position your tools ideally when used with the Tiltrotator.

The offset at the top of the boom (standard), combined with the Tiltrotator, further increases the 360° capabilities of Mecalac excavators. Operators are able to dig deeper trenches than ever before, in parallel with the machine. The combination of offset and Tiltrotator offers almost infinite possibilities. It means more accurate results, faster work, less repositioning of the machine and greater safety on the job site.

To further meet the needs of operators, Mecalac Tiltrotators are available with or without a grap module. Acting as a grapple, this allows objects to be grabbed and moved while keeping the tool mounted on the Tiltrotator.

The Tiltrotator option has been designed for seamless integration into these machines while maintaining performance. The proven flexibility of Mecalac excavators is further enhanced by adding a Tiltrotator, creating limitless possibilities.