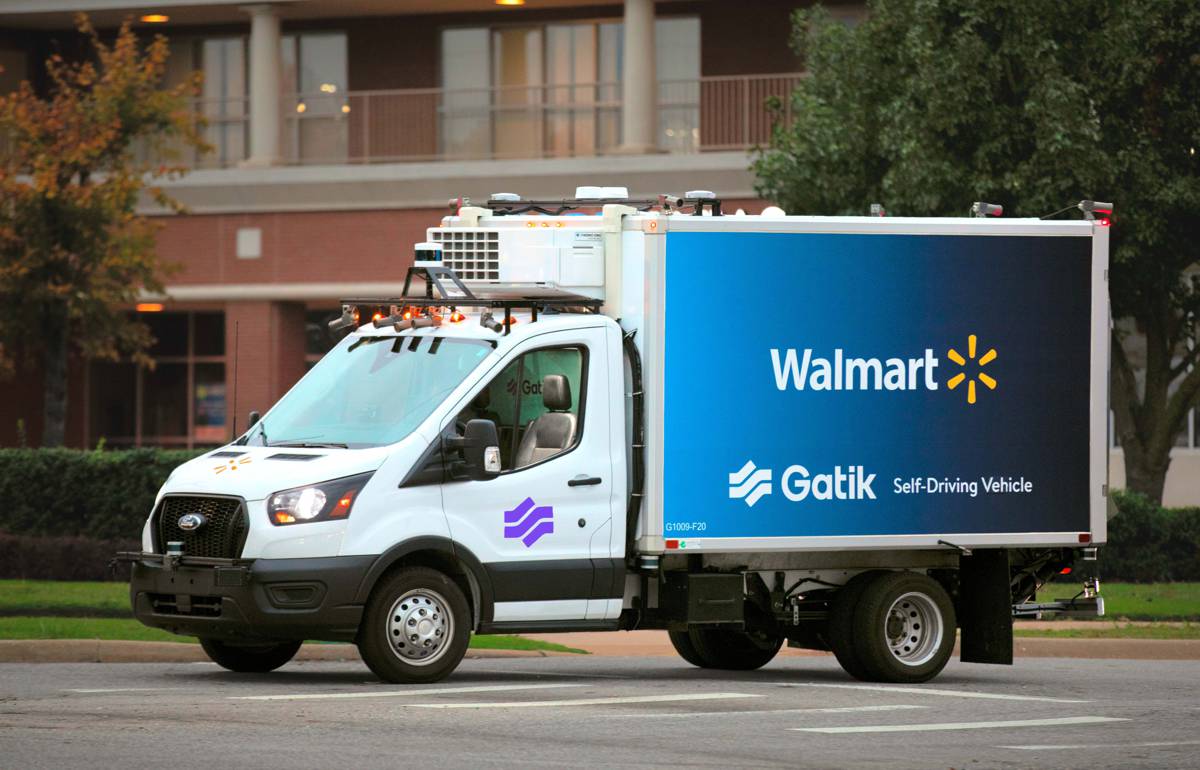 Gatik and Walmart Inc. announced today that Gatik is operating daily without a safety driver behind the wheel on its delivery route for Walmart in Bentonville, Arkansas, moving customer orders between a Walmart dark store and a Neighbourhood Market in its fleet of multi-temperature autonomous box trucks.

Gatik’s deployment with Walmart in the state represents the first time that an autonomous trucking company has removed the safety driver from a commercial delivery route on the middle mile anywhere in the world. 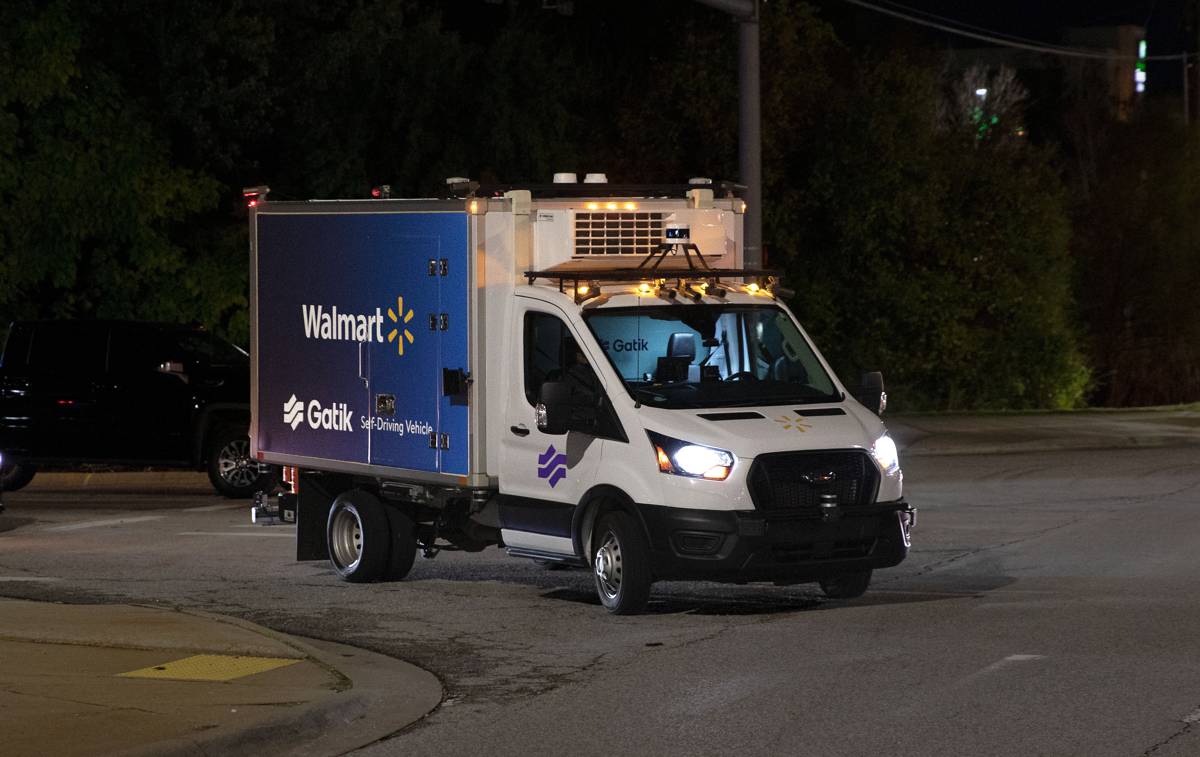 “Through our work with Gatik, we’ve identified that autonomous box trucks offer an efficient, safe and sustainable solution for transporting goods on repeatable routes between our stores,” said Tom Ward, senior vice president of last mile at Walmart U.S. “We’re thrilled to be working with Gatik to achieve this industry-first, driverless milestone in our home state of Arkansas and look forward to continuing to use this technology to serve Walmart customers with speed.”

“Arkansas and Gatik have shifted into the future with Gatik’s self-driving delivery truck,” said Arkansas Governor Asa Hutchinson. “It is fitting that Arkansas, which is home to the greatest retail companies in the world, is the launching pad for this innovation in retail delivery.”

“This milestone signifies a revolutionary breakthrough for the autonomous trucking industry,” said Gautam Narang, CEO and co-founder, Gatik. “Our deployment in Bentonville is not a one-time demonstration. These are frequent, revenue-generating, daily runs that our trucks are completing safely in a range of conditions on public roads, demonstrating the commercial and technical advantages of fully driverless operations on the middle mile. We’re thrilled to enable Walmart’s customers to reap the benefits.” 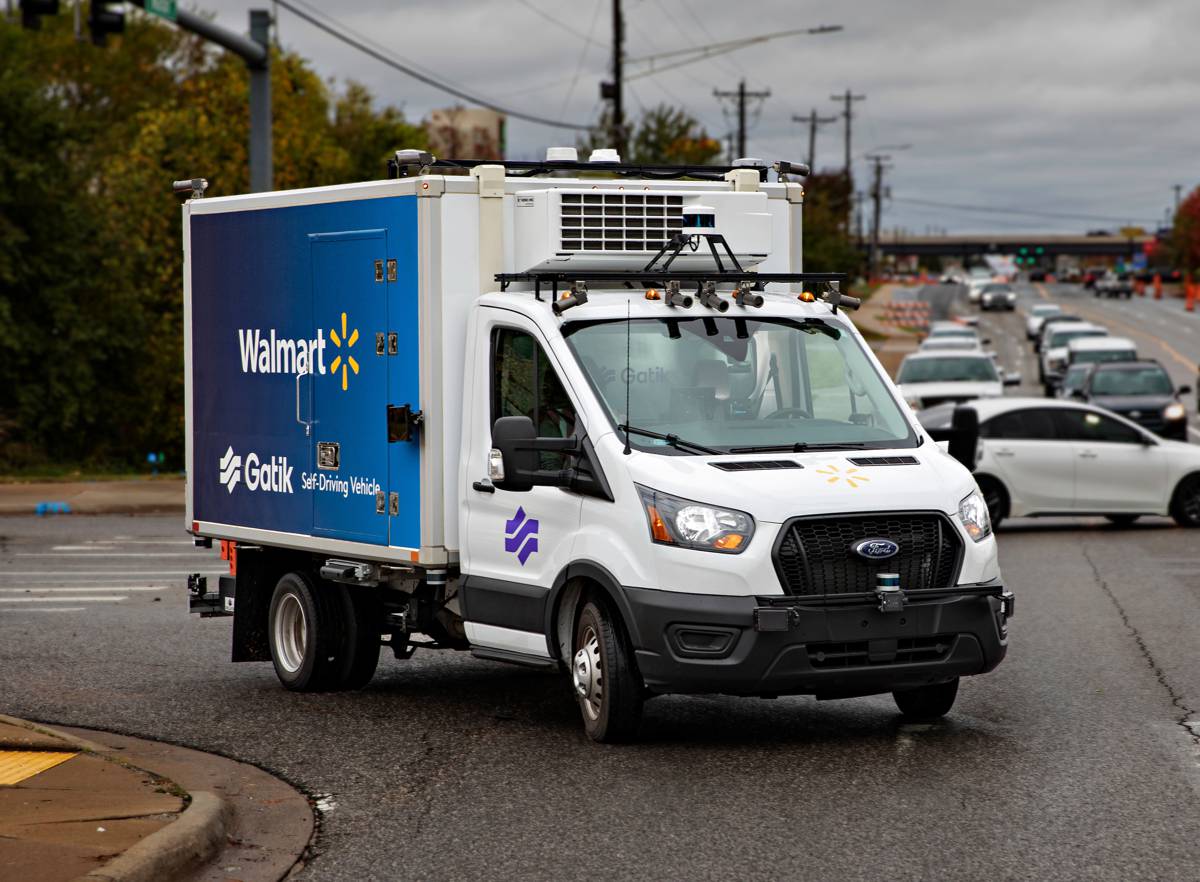 By constraining the operational design domain, Gatik has been able to achieve the safe removal of the safety driver much more quickly compared to other applications, such as passenger transportation or B2C delivery. The complex urban route in Bentonville involves safely navigating intersections, traffic lights and merging on dense urban roads.

As retailers turn increasingly to hub-and-spoke distribution models to meet consumer needs, the middle mile has emerged as a critical component of the supply chain. In the last decade, shorter, urban routes have become more prominent, with 65 percent of all routes under 500 miles and routes under 100 miles growing by 37 percent in the past decade. Gatik’s autonomous solution helps increase efficiencies and meet consumer needs by delivering on the promise of autonomy today.